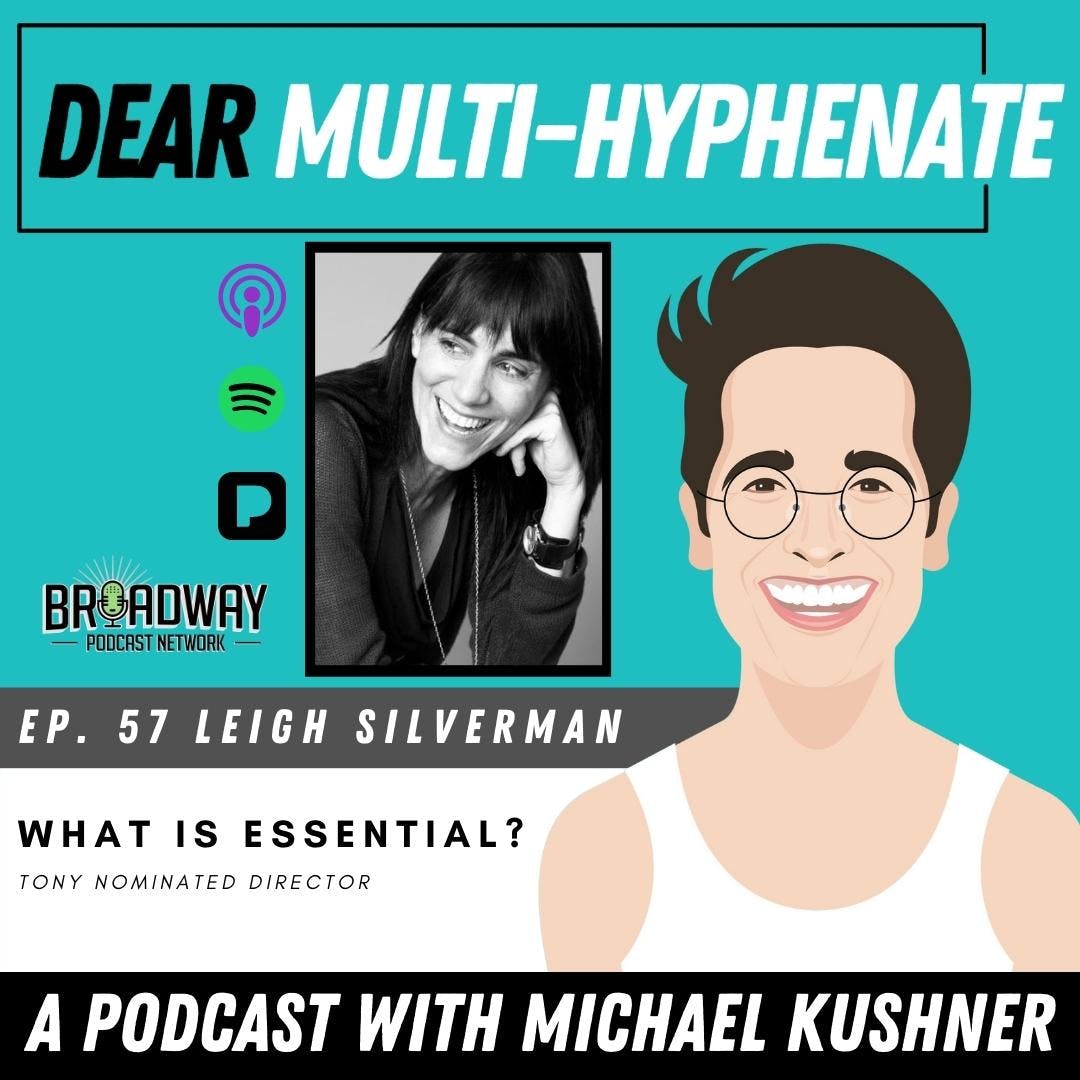 #57 – Leigh Silverman: What is Essential?

We’re trying, right? As we emerge from the rubble of this pandemic, lifting the theatre up has been a Herculean feat. In the middle of all this, we as individuals are experiencing existential dread and asking ourselves – as we essential?

Sure, we might not be essential workers, but we do have purpose. That’s one of the reasons Tony Nominated Director Leigh Silverman chose to direct Jane Wagner’s revival of The Search for Signs of Intelligent Life in the Universe starring Saturday Night Live’s Cecily Strong.

“It is a play that deals with people who are searching for meaning at a time that feels meaningless,” continues Silverman. It does it through humor and it does it through pathos and it does it through a celebration of community and live theatre. It’s the reason why I wanted to do the play. I couldn’t imagine coming back to the theatre and doing any other play because this play articulates and recognizes the power of being together in a room full of strangers in the dark laughing and crying about the same things. And I just quoted the play.”

In this episode, Leigh and Michael ask the tough questions. What is essential? What is our worth within the industry? But these are the questions that need to be asked. Plus, Leigh keys us into what it’s like to direct a revival, the things that needed to be changed / rewritten, fangirling over Lily Tomlin and Jane Wagner, and the brilliance of Cecily Strong.