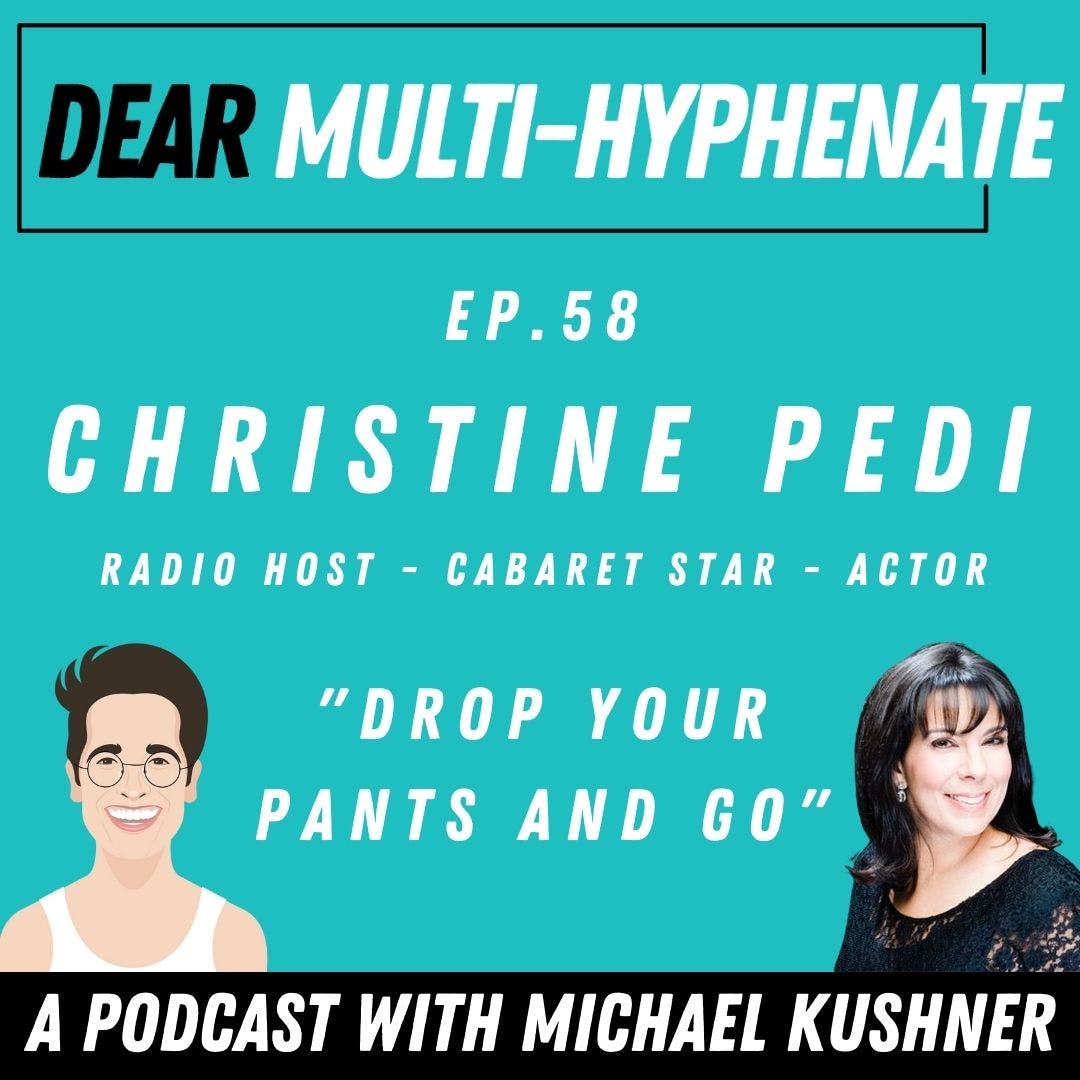 “I just love the warmth of being in a cabaret. It’s my favorite place to be next to a Broadway theatre. Maybe more so because you get food.”

Multi-hyphenates don’t always start as actors. Theatre multi-hyphenates find their way through multiple avenues and for Christine Pedi, The Lady of 1000 Voices, it started when she stumbled upon the radio station when she attended Fordham University studying communications.

After focusing on a radio career, she started in community theatre, eventually landing her turn at Forbidden Broadway. Then through a connection from Fordham, she was asked to interview at SiriusXM Radio. And now – Pedi is one of the pillars of our community connecting listeners of the radio to the insight of Broadway.

Post pandemic, Pedi is also continuing her in person cabaret acts, with a massively funny new show at The Green Room 42, called The Pedi Party, which had a wonderfully successful first show on January. She will be appearing at TGR42 on February 20th and March 31st both at 9:30pm.

In this amazing episode, Pedi lets us in to great stories regarding Howard Stern, Joan Rivers, while dissecting the changes and fads of cabaret and sketch comedy, such as how it’s moved from live performance to YouTube, and what forms a successful cabaret – or the “Drop Your Pants and Go” mentality. Pedi is also open about losing her eyesight over the years and shares what that means regarding performance and work opportunities. We also discuss the importance of taking care of yourself, a sense of belonging, and hustle.

“A lot of people your age don’t think about taking care of themselves until they are my age and then you got a lot of catching up to do. But to be forced to really address things now will probably serve you better and probably save you aggravation on other fronts.”

She also brought her collection of Divas to off B’ways long running NEWSICAL the Musical and recently starred in and co-produced SPAMILTON: An American Parody written by Forbidden Broadway’s creator Gerard Allessandrini. Broadway: Mama Morton (yes just one character…all night) in the 2nd longest running musical of all time CHICAGO, LITTLE ME with Martin Short & Faith Prince, directed by Rob Marshall, and opposite Liev Schreiber in Eric Bogosians TALK RADIO directed by Robert Falls.

SIRIUS XM RADIO On Broadway host. On Saturday she and the “aMAHzing” Seth Rudetsky co-host the DUELING DIVAS. Her cabaret show GREAT DAMES has won the New York Bistro & Nitelife Awards and has played NYC, Los Angeles, London, South Africa & beyond. THERE’S NO BIZNESS LIKE SNOW BIZNESS her holiday show has been a seasonal staple in NYC since 2008. She’s performed in that “cutie patootie” John McD’s Cabaret Corner on the Rosie O’Donnell Show and sung in many major NYC venues & cruiseships including Birdland, Feinsteins/54 Below, The Iridium, The Metropolitan Room, The Algonquin, The Laurie Beechman, Avery Fisher Hall, Don’t Tell Mamas…and the QE2…AND she’s performed for President & Mrs Clinton (playing a singing HIllary!). Fans of THE SOPRANOS may recognize her as Mrs Bobby Baccala. Other TV: DR DEATH on NBC PEACOCK. She has many popular comic videos on Youtube including many SHIT LIZA SAYS videos including LIZA :At This Performance and LIZA: HELLO DOLLY AUDITIONS.