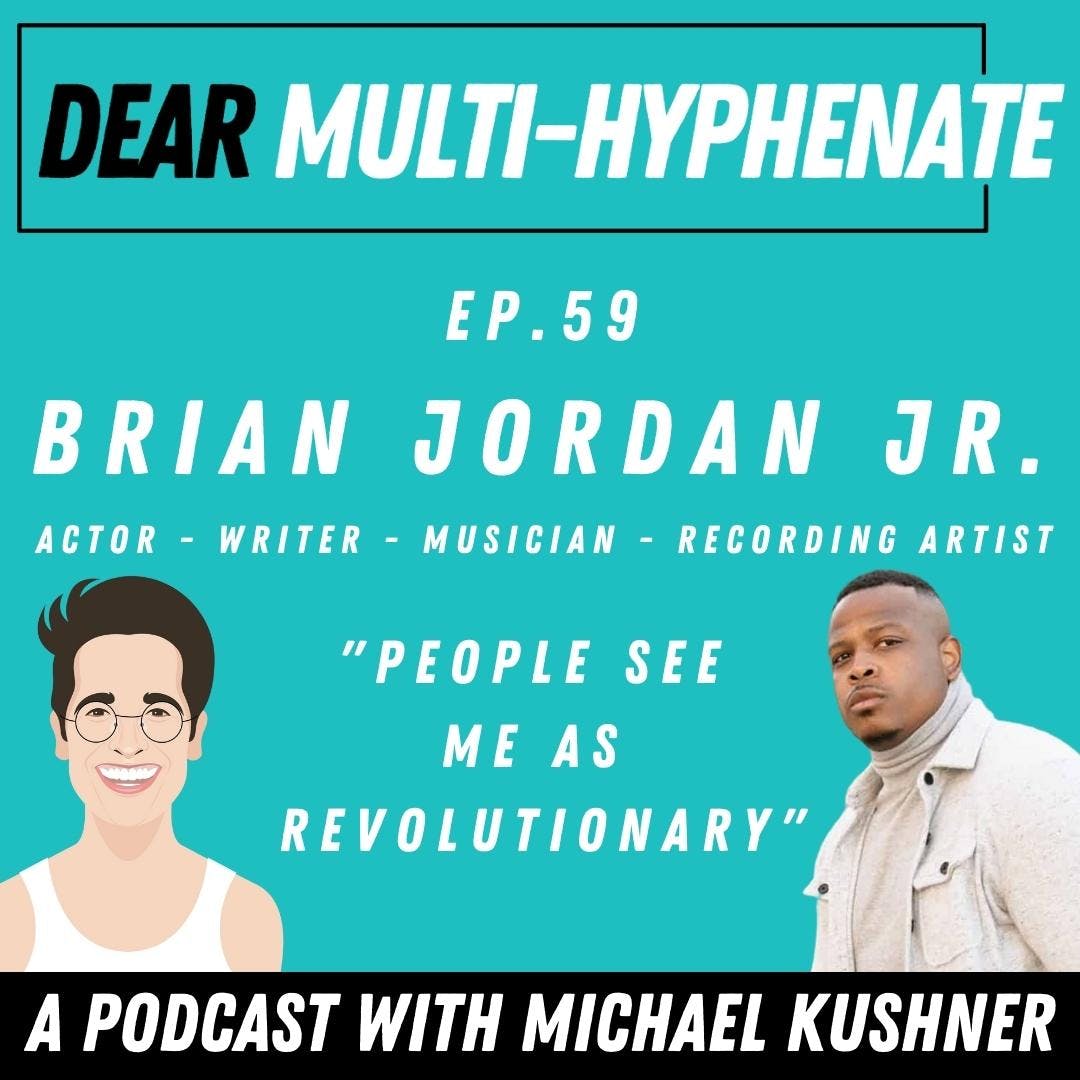 “I think collaboration is the birthplace for brilliance.” – Brian Jordan Jr.

Isn’t it amazing how in our industry you can move to one place just to get relocated in a new town? Brian Jordan Jr., had that exact experience. He moved from Atlanta to LA… only to go back to Atlanta.

“Atlanta is a place where the cost of living is significantly cheaper than LA or New York,” says Jordan Jr., “I think when you are at the beginning of your career and trying to figure out things: where you belong and how to market yourself and where you fit and learning the people and learning the casting offices – especially in this time of virtual everything – I think that Atlanta is the place to be… because it’s still growing which means you won’t spend all your money – but it is growing rapidly, which means that there is opportunity.”

We also discuss the importance and the stigma of quitting. Brian and Michael have both had experience having to quit an experience. What does that do to someone? How does one control the narrative? Let’s face it – people talk, but if your self worth and self care is at stake – why force it to make it work… no matter what people say.

“People see me as revolutionary because I am the one who is going to stand up and say things,” continues Jordan Jr. “I am the one who is like, “No!” Like I am that guy. I think that in the beginning of my career – it looked, in the short form, that it would affect me.”

You know what’s a recipe for disaster? Trying to get everyone to be pleased with what you do. That being said, self care is probably the most important thing one can do for themselves in this industry.

In this episode – we talk about control, collaboration, ego, and the deficit of Black stories… which is a huge impetus to Jordan Jr. writing his own projects.

“We’re seeing more shows with Black subject matter, but the care that is taken isn’t at the place where it needs to be,” continues Jordan Jr. “We see them but they’re closing in six weeks. Or it’s a limited engagement to start because they know that people aren’t going to see it. My goal is for people to really understand that the same marketing that you use for Broadway, with the audiences that have been welcomed to Broadway forever – white audiences – you cannot use. When it comes to cultivating the Black audience to a place where it has felt elitist to us and there was nothing to see for so long – you can’t just say, “Oh we have a Black show, and we know it’s the pandemic, but come and see it because Black Lives Matter just happened and we want to make money. That’ll never happen – it’s not going to work. And so what needs to happen on Broadway is the right people who understand the insides of the Black community to come and bring the shows there. I believe I have been blessed and privileged with an opportunity to be on both sides. If you really want the people to come to the shows, you have to give them the show that they feel represented and they feel welcomed to see. My leadership, my control, my creation literally comes from necessity.”

Take a listen to this incredible episode and learn more about the projects Brian Jordan Jr. has created such as the film Georgia Sky and the musical Riley.

Brian Jordan Jr. is a classically trained actor, singer, and dancer who studied at NYU’s Tisch School of the Arts and The Debbie Allen Dance Academy, he has performed in Broadway national tours, Off-Broadway, and in many of the country’s most prestigious regional theaters before turning to television and film. He recently released a new, upbeat, motivational R&B track that encourages listeners to believe in themselves.