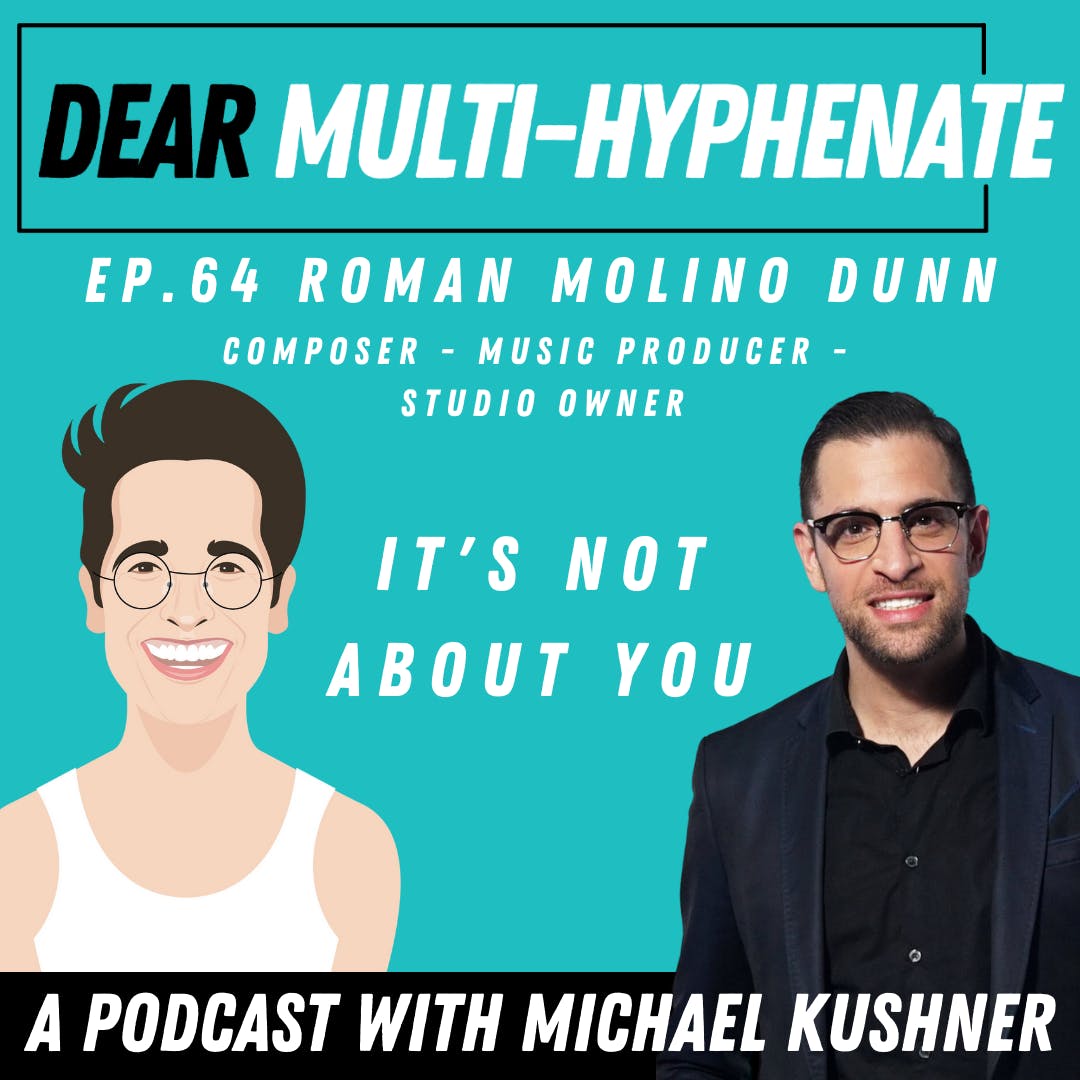 “When I was younger I tended to think that I was an artist, and now I tend to think I’m more of an artistic collaborator… at least in my job. I’m certainly and artist at heart but when it’s for work, it’s not about me.”

Calling all artists who are collaborators! Roman Molino Dunn is one of the leading music producers and film scorers in our industry. Not only is a multi-hyphenate himself, he works with multi-hyphenates in our industry. His approach is different from many who collaborate – and gives himself over completely to the artist who is hiring him. In this episode, you can listen to how a collaboration with a leading music producer would go. Roman also has some great stories about working with some of our favorite RuPaul’s Drag Race queens like Peppermint and Pandora Boxx.

This podcast episode is all about expectations in collaboration and keeping our Ego in check – and Dunn certainly has that down to a science.

“Anytime I’m working on music, I should treat it as such… as art.”