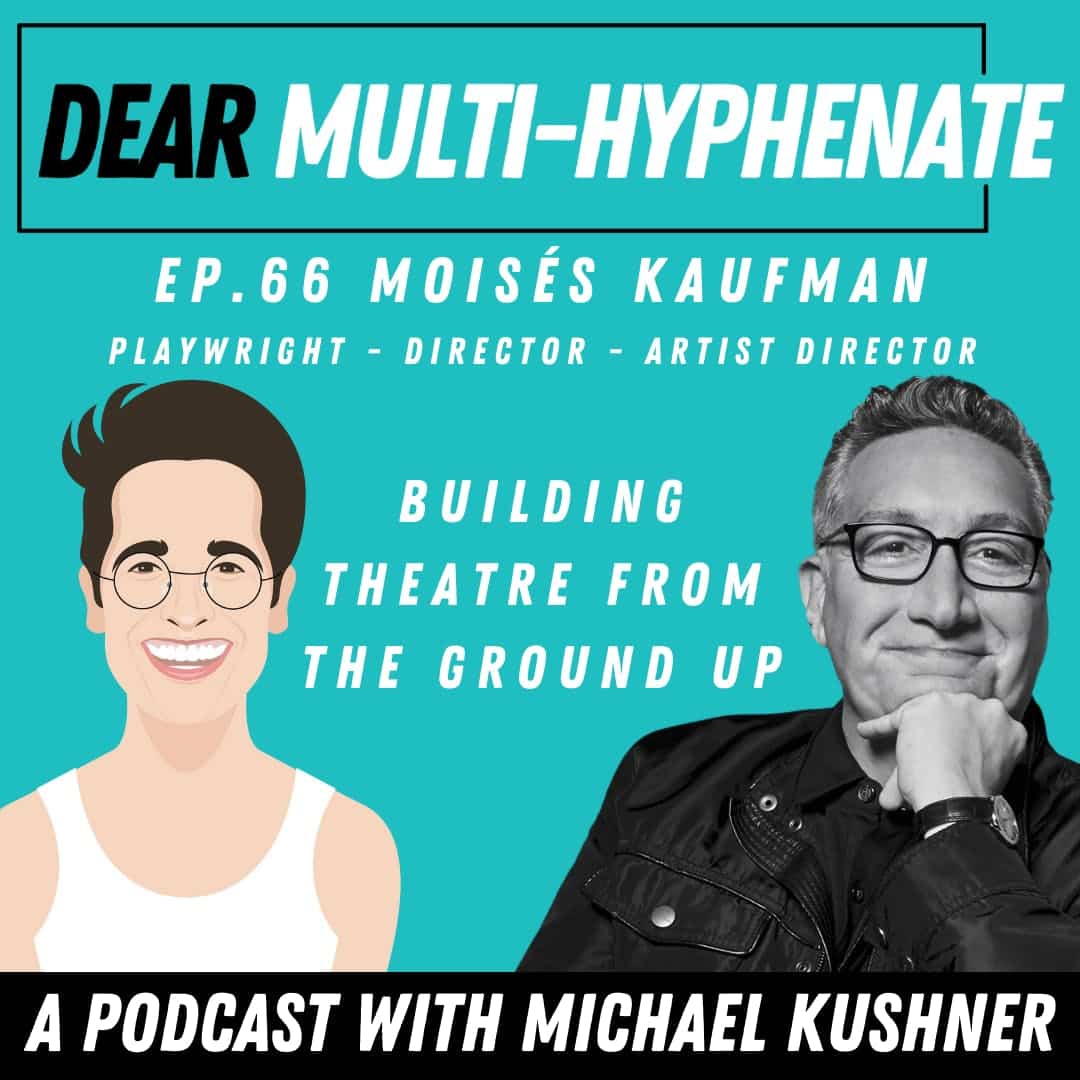 #66 – Moisés Kaufman: Building Theatre from the Ground Up

“Visibility equals donors. The more work you do, the more you’re out there, the more people come to see the shows, the more you continue to maintain your lists of who is coming to see the work – the more easy fundraising becomes.”

What is the future of theater making? How has creating theater in rehearsal rooms helped cultivate the multi-hyphenate, an economically friendly hiring option for producers? From the point of view from one of the most sought after directors and cultivators, Moisés Kaufman has incredible insight for anyone who wants to found their own company. What are the first steps? What should they be aware of? How do you raise money? Make your company official? Money can scare people – but it’s imperative to understand it when creating theatre.

On this episode we discuss being pushed into boxes and how that affected his journey of bringing the Tony Nominated musical Paradise Square to Broadway. Plus, there is a ticket giveaway where you and a guest can see the show! All you have to do are these two is:

Moisés Kaufman is the founder and artistic director of Tectonic Theater Project, a Tony- and Emmy-nominated director and playwright, and a 2015 recipient of the National Medal of Arts. Mr. Kaufman’s Broadway directing credits include the revival of Harvey Fierstein’s Torch Song, the revival of The Heiress with Jessica Chastain, 33 Variations (which he also wrote) starring Jane Fonda (Five Tony nominations); Rajiv Joseph’s Pulitzer Prize finalist Bengal Tiger at the Baghdad Zoo with Robin Williams; and Doug Wright’s Pulitzer and Tony Award-winning play I Am My Own Wife with Jefferson Mays. His play The Laramie Project (which he wrote with the Tectonic Theater Project company) is among the most performed plays in America. Kaufman also co-wrote and directed the HBO film adaptation of “The Laramie Project,” which received two Emmy Award nominations for Best Director and Best Writer. He is an Obie Award winner and a Guggenheim Fellow in Playwriting.