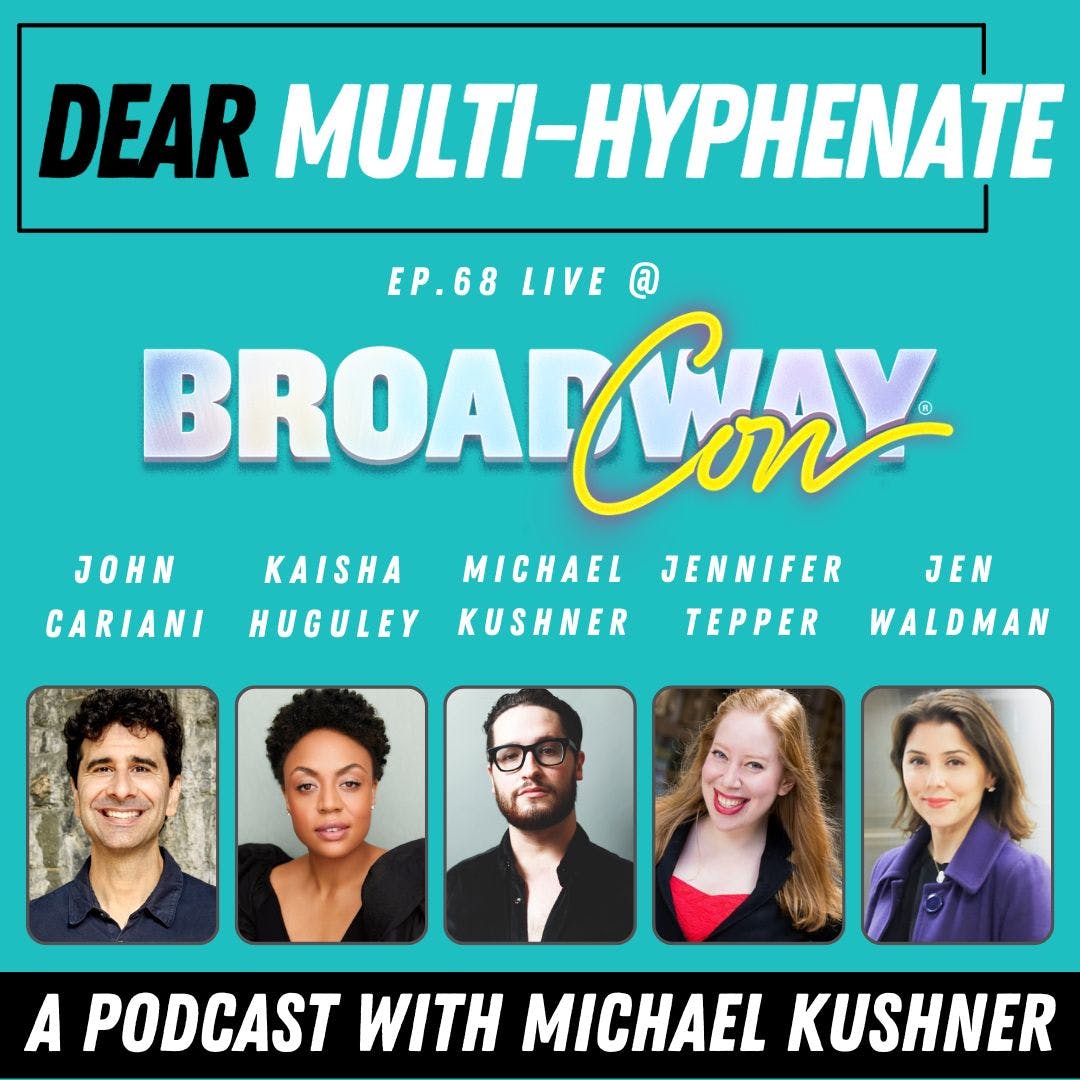 This amazing episode features an incredible live panel from BroadwayCon 2022, featuring some of the leading multi-hyphenates in the Broadway, television, and film communities. Topics include process and product, boundaries, and so much more.

Jen Waldman has been working in the Broadway community for over two decades, first as an actor (Wicked and Titanic) and now as a coach to some of Broadway’s brightest stars. She is the founder and artistic director of Jen Waldman Studio (JWS), and her clients have appeared in nearly every single Broadway musical for the last 15 years. In addition to her work at JWS, her hypens include: director, choreographer, artistic director, keynote speaker, leadership coach, speaking coach, podcaster, actor, teacher, and mentor. Jen co-hosts the podcast The Long and the Short of It, with listeners in over 100 countries. JenWaldman.com

Kaisha S. Huguley is a New York based actor, singer, entrepreneur, creative, & educator originally born and raised in Washington, D.C. Most recently, Kaisha performed in solo cabaret, @kaishacreates, A One Woman Showcial making her Green Room 42 Debut. When Kaisha is not on the stage, she’s creating content for her online fanbase on her TikTok, Podcast: A Kaisha Story, YouTube Channel, and Blog. Additionally, Kaisha is the Director of Diversity & Cultural Creative Initiatives as well as a Faculty Member at The American Musical & Dramatic Academy in New York. She develops curriculum and teaches courses on the business of the arts & entertainment industry. Kaisha is committed to giving back to the next generation of artists & creatives. To follow Kaisha’s journey to her dreams, simply follow her on Instagram @KaishaCreates to join her Gram Fam 🙂

Jennifer Ashley Tepper is producer of the musicals Be More Chill, Broadway Bounty Hunter, and Love In Hate Nation. She is also the Creative and Programming Director at Feinstein’s/54 Below, and the author of The Untold Stories of Broadway book series. She is the creator of The Jonathan Larson Project and historian consultant on the upcoming film version of tick, tick…BOOM! Tepper was recently named recipient of a 2020 Lincoln Center Emerging Artist Award.