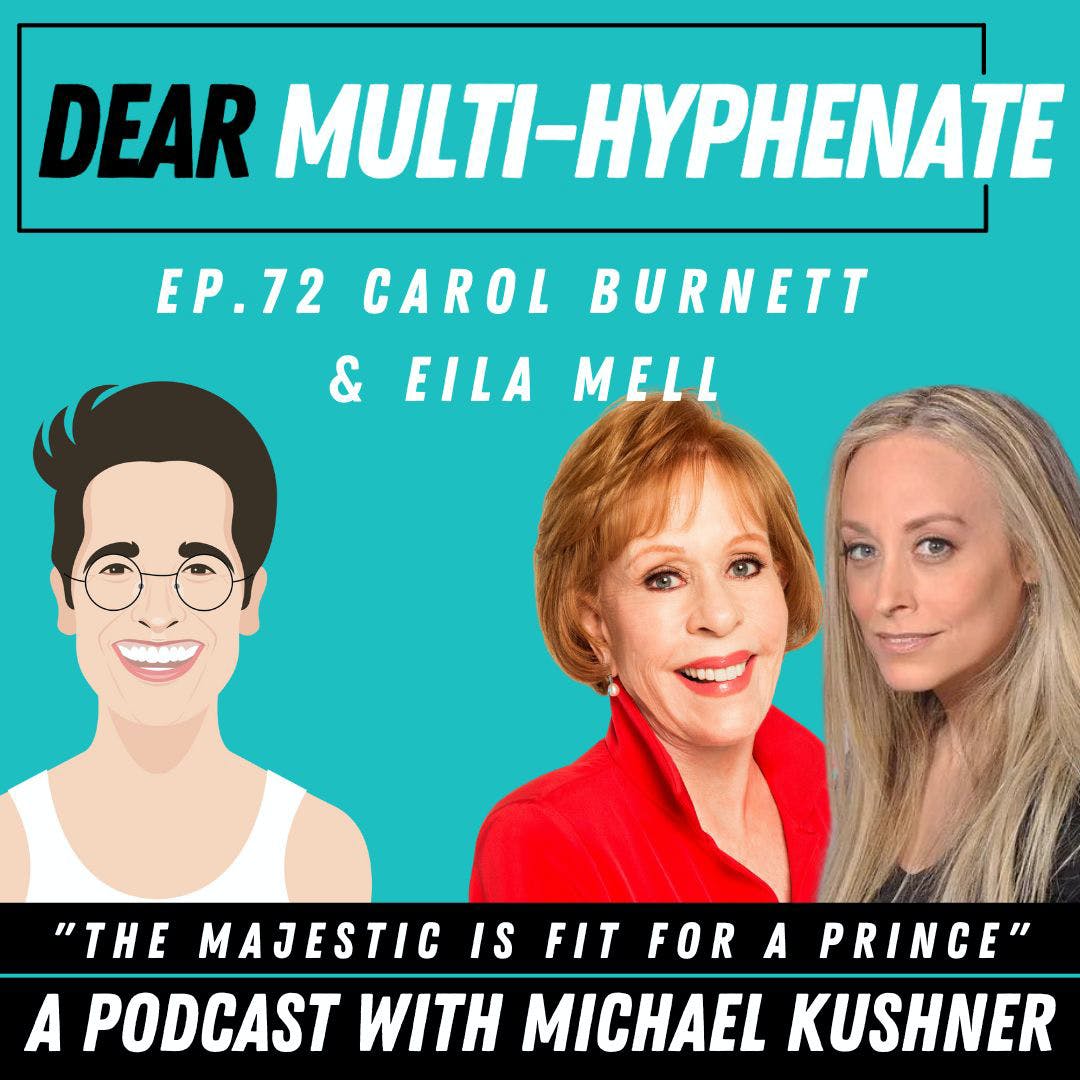 #72 – Carol Burnett & Eila Mell: The Majestic is Fit for a Prince

When Carol Burnett wants something done, it’s gotta get done. That’s why fashion writer and producer Eila Mell joined forces with Burnett to start the campaign The Majestic is Fit for a Prince, getting the Broadway, television, and film industries to rally behind the renaming of this legendary theatre. Yes, the very same theatre which has held The Phantom of the Opera for 35 years.

In this episode we discuss how the campaign started, what Hal Prince means to the three of us, untold stories of how Hal helped Carol during the loss of her daughter, why The Carol Burnett Show is timeless, and, keeping it in theme of the podcast, how the multi-hyphenate has grown and adapted over time as well as how the principles of the multi-hyphenate is helping getting the campaign done. Make sure you get your voice across by posting a video on social media saying, “The Majestic is fit for a Prince” and use the hashtag #themajesticisfitforaprince when you post!

Carol Burnett is an American actress, comedian, singer, and writer. She is best known for her groundbreaking comedy variety show The Carol Burnett Show, which originally aired on CBS. It was one of the first of its kind to be hosted by a woman. She has achieved success on stage, television and film in varying genres including dramatic and comedic roles. She has received numerous accolades including six Primetime Emmy Awards, a Tony Award, a Grammy Award, and seven Golden Globe Awards. Burnett was awarded Presidential Medal of Freedom in 2005, the Mark Twain Prize for American Humor in 2013 and the Screen Actors Guild Life Achievement Award in 2015.

Eila Mell is the author of the official guide to the hit television series Project Runway, titled Project Runway: The Show That Changed Fashion. Among her other books are Designing Broadway, New York Fashion Week and, with Ty Hunter, Makeover from Within: Lessons in Hardship, Acceptance, and Self-Discovery. Mell has been featured in the New York Times, Marie Claire, Glamour, and CBS’s The Insider, as well as in the documentary Scatter My Ashes at Bergdorf’s. She is the co-host of the podcast Jiffy Pop Culture.