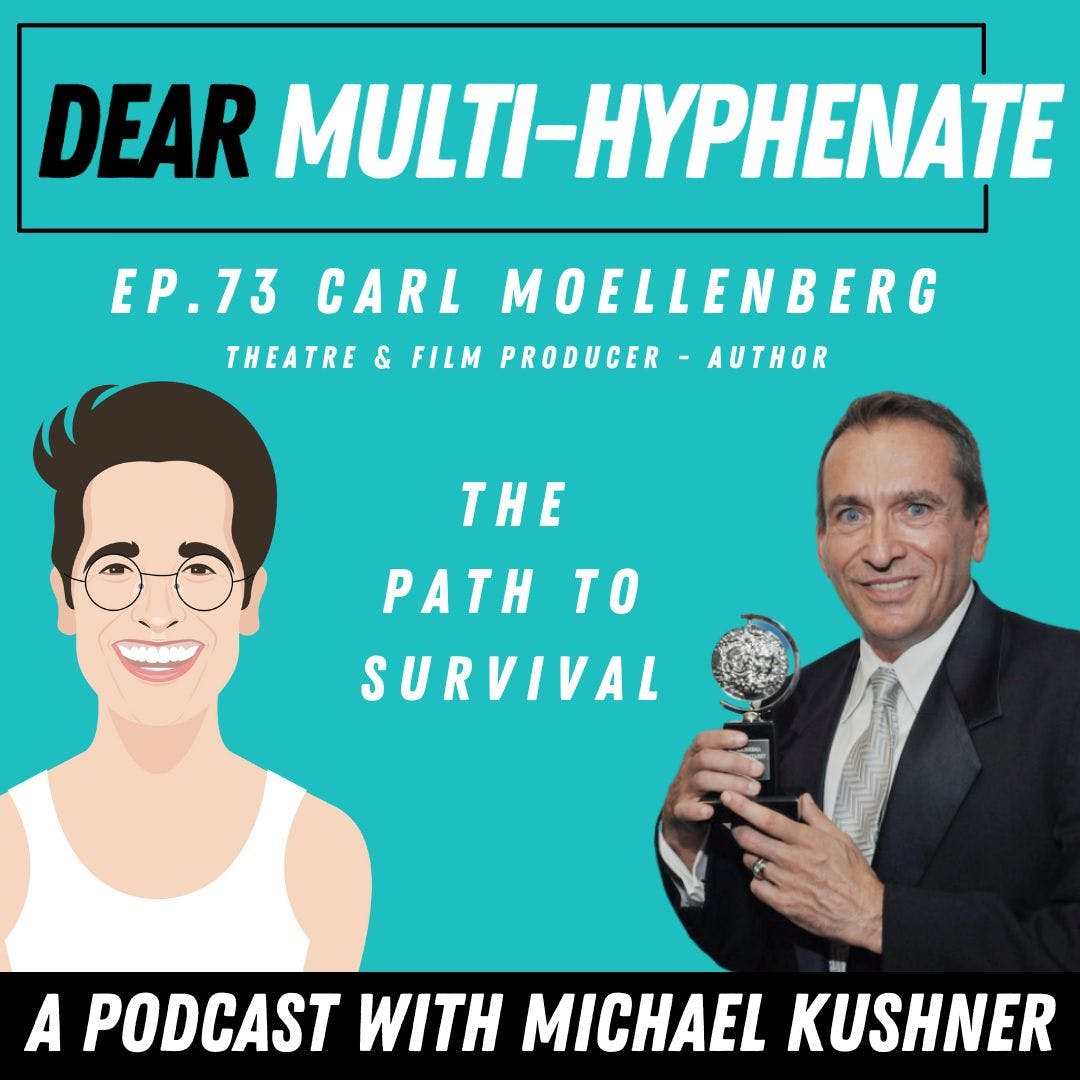 #73 – Carl Moellenberg: The Path to Survival

“All of a sudden,” says Moellenberg. “While I was sitting there, I literally heard for about 15 – 20 minutes a deep, male voice, which I assumed was a higher being, telling me that I had a long life to live. It was going to be very productive and my purpose was to help create beauty in the world. And the suggestion was made that that beauty might be through helping to create theatre.”

According to Carl, he came out at the absolutely worst time. And after being diagnosed with HIV in the 1980’s, he found himself undergoing a transition. A transition of spirit, a transition of healing, and a transition from investment banker into a producer.

He became many things – a Reiki master, a counselor, an ordained minister – all things focusing on what multi-hyphenating is all about.

So what is a producer? What’s their responsibilities? How does one become a producer? Check out this episode to learn more about what goes into producing on Broadway. Plus, in this episode check out why a ‘Why’ Statement is incredibly important to have,

Carl began his career in banking, and after debilitating illnesses threatened his life, he took a new approach to spirituality and healing, and re-found his love and passion for Broadway. He has since gone on to be on the producing teams for some of Broadway’s most successful shows: Spring Awakening, War Horse, Hair, Death of a Salesman, Pippin, All the Way, The Curious Incident of the Dog in the Night-Time, Dear Evan Hansen, Angels in America, The Band’s Visit, Oklahoma, Hadestown and Company. His aim has always been to tell compelling stories or to present stunning music which transforms people.