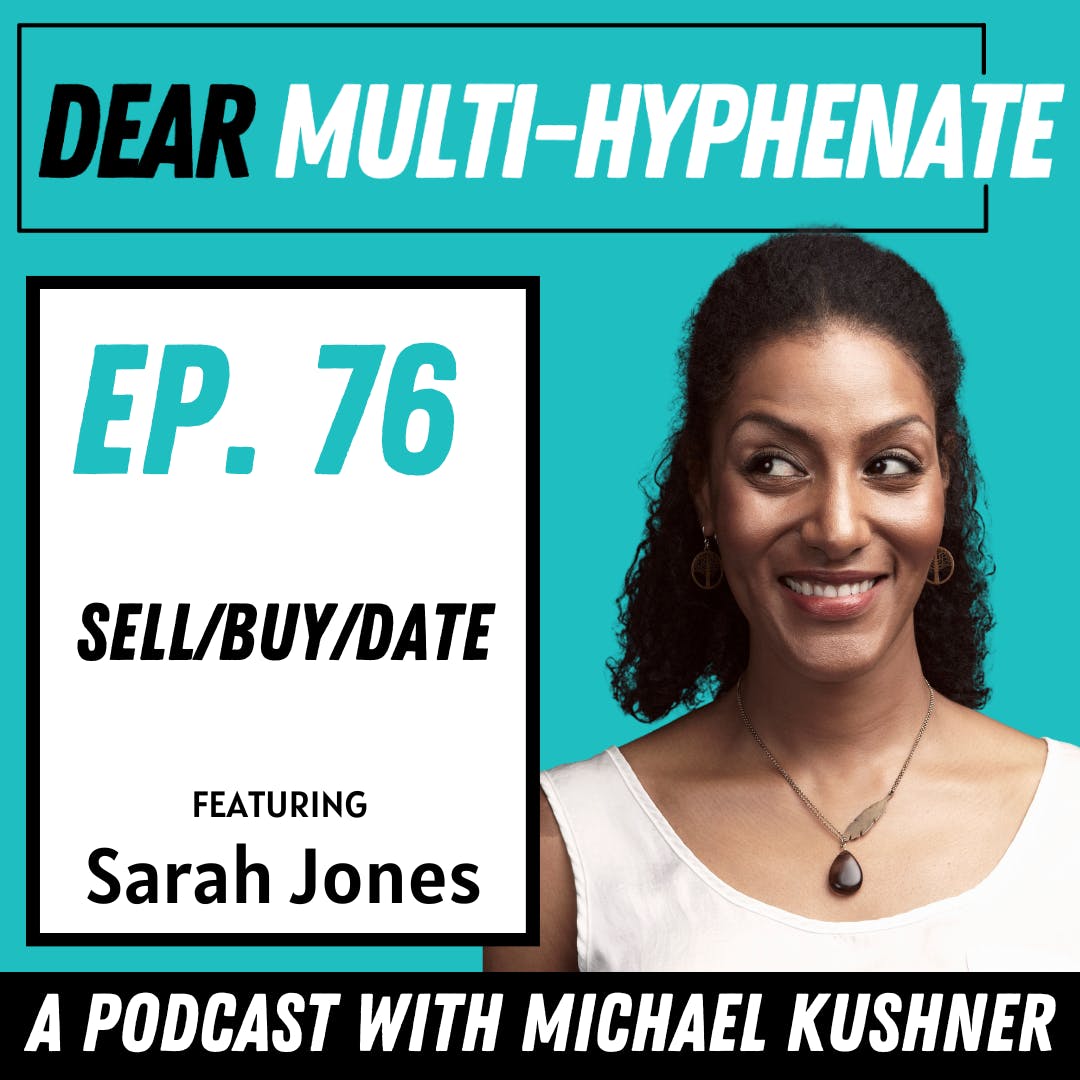 Tony-winning writer and performer, Sarah Jones, is making her directorial debut when her new film Sell/Buy/Date which Cinedigm will be releasing in theaters in LA on October 14th, NYC on October 21st, and streaming in November on Amazon Prime. The wide release announcement exclusive is out with Variety here.

The deeply personal film is a witty documentary / narrative hybrid following Jones and her multicultural characters (she plays 5 characters in the film!) on a journey exploring our relationship to the sex industry via Sarah’s hilarious comedy and social justice lens. Sell/Buy/Date is written, and directed by Sarah Jones, and is executive produced by Meryl Streep with appearances by Ilana Glazer and Bryan Cranston.

“I want the whole world to know about Sarah Jones. I think she’s an extraordinary artist–a once in a lifetime artist,” said Meryl Streep.

Sell/Buy/Date has seen various iterations over the past six years, first starting as Sarah’s off-Broadway one-woman show in 2016, which she then remounted in Los Angeles in 2018. At the start of the pandemic lockdown in 2020, she brought some of her stage characters to life on social media for her #yesimsarahjones IG Live Show to ignite conversation around the black lives matter movement. And now, Jones is ready to debut her Sell/Buy/Date feature film. In the past Sarah and the live version of the show received feature coverage in Vogue and Vogue.com, The Economist, The New York Times, Town & Country, WMag.com and much more.

About Sarah Jones: Called “a master of the genre” by The New York Times, Sarah Jones is a Tony® Award-winning solo performer, writer, comedian and activist. She recently made her debut as a film director with the hybrid documentary Sell/Buy/Date, in which she also stars. The film, which is executive produced by Oscar-winner Meryl Streep, world premiered at the SXSW Film Festival and will be distributed (theatrical and streaming) by Cinedigm this fall. Jones is mainly known for her multi-character one-person shows, including Broadway hit Bridge & Tunnel, also originally produced by Streep, and the critically-acclaimed play Sell/Buy/Date, which inspired the film. She has also appeared in various film and TV projects, including co-starring (along with Elisabeth Shue, Giovanni Ribisi, and Julie Delpy) in the Netflix series, On the Verge; Noah Baumbach’s Oscar® nominated film Marriage Story opposite Scarlett Johansson, and on the final season of Broad City. Jones also appeared in Chris Rock’s Good Hair documentary, and, at the request of Vogue and Anna Wintour, co-created and starred in a short film with designers Tommy Hilfiger, Donna Karan, Zac Posen, Diane Von Furstenberg and Vera Wang, directed by Fisher Stevens for the CFDA Awards. Additionally, Jones’ writing credits include the Golden-Globe nominated Showtime series SMILF. Renowned as “a one-woman global village,” she has also given multiple main-stage TED Talks garnering millions of views, performed for President and First Lady Obama at the White House, and given a performance at The World Economic Forum in Davos, Switzerland as the first artist on its stage normally reserved for heads of state. She has also been a UNICEF Goodwill Ambassador, raising awareness of gender, ethnic, racial, and economic injustice and disparities, including in the United States. Jones recently launched Foment Productions, a social justice-focused entertainment company aligned with her progressive activism, with Sell/Buy/Date as its first production. The film tackles the intersection of race, gender justice, the economy, and various other issues through the unexpected lens of the sex industry. Using humor, investigative interviews, celebrity cameos (including Rosario Dawson, Ilana Glazer, and Bryan Cranston) and her own personal story, the film highlights how this topic is closer and more relevant to all of our lives than we may realize.