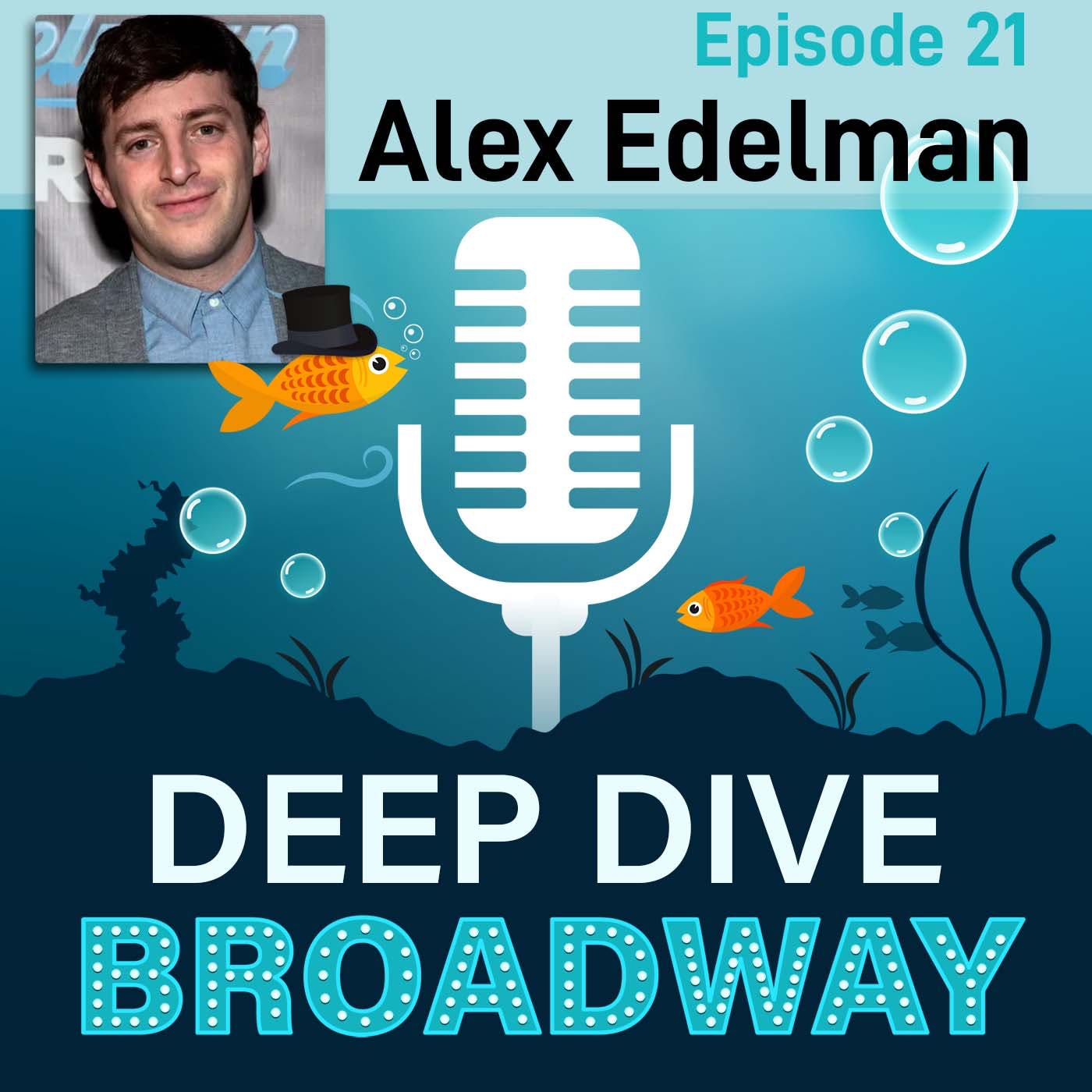 Comic genius, Alex Edelman, star of the hysterical one-man show JUST FOR US, joins Deep Dive Broadway for a fascinating look inside the world of a creative mastermind.

Alex is an award-winning stand-up comedian, a television writer and an accomplished writer for magazines and documentaries. He worked as a speechwriter for the Los Angeles Dodgers and the Boston Red Sox.

JUST FOR US was nominated for an Outer Critics Circle Award, a Drama Desk Award, Best Show in Melbourne, Best Show in Edinburgh and won a Herald Angel Award.

The New York Times proclaimed JUST FOR US “Belly-laugh funny!”

TIME OUT said “Alex Edelman is a Master”

JUST FOR US is currently playing in New York at the Greenwich House Theatre through August 26th.