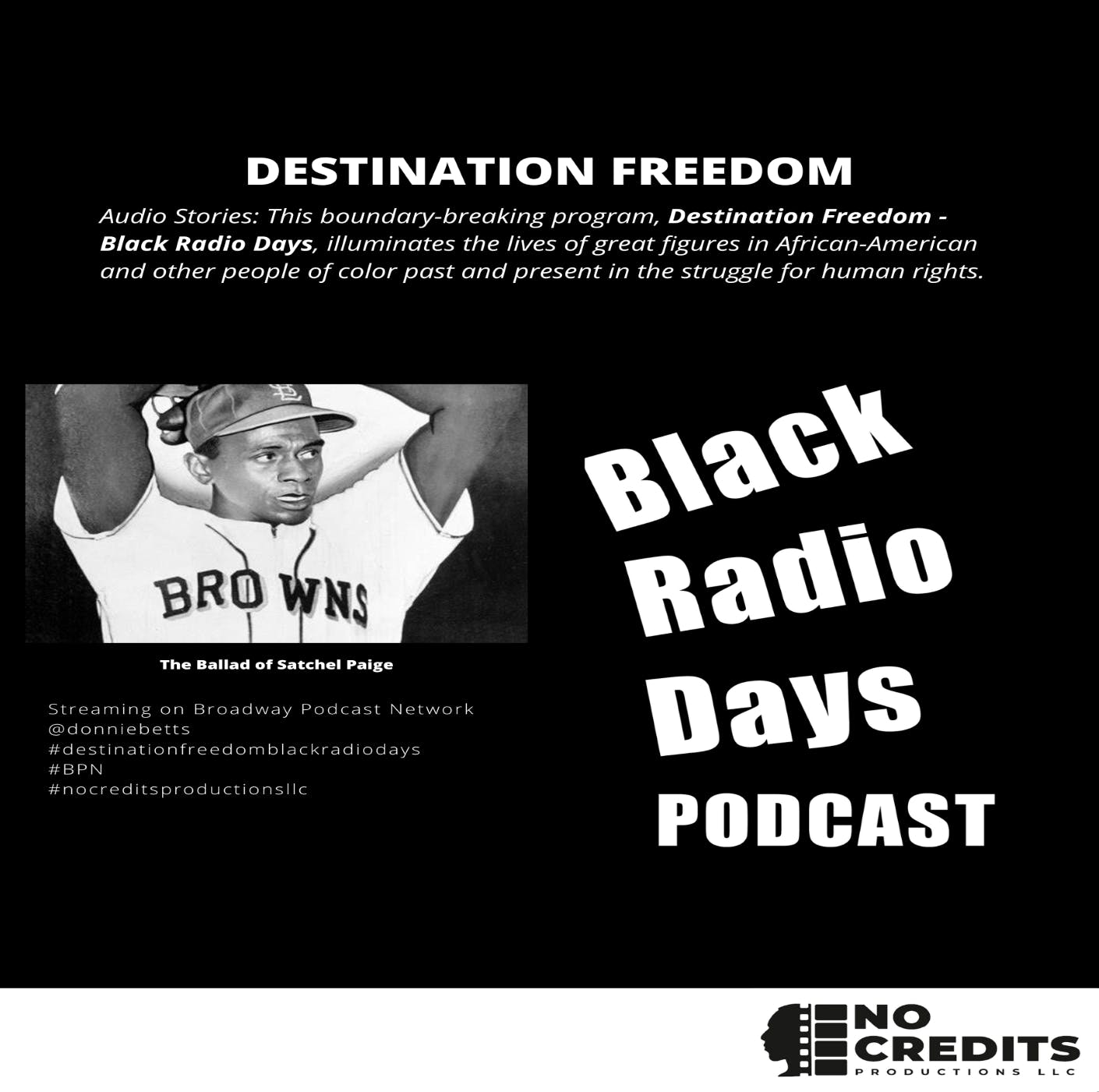 This is donnie betts producer-director of Destination Freedom Black Radio Days. From time to time we like to share one of our shows from our archives. Here is a special one. This episode features Lionel Young, winner of the 2008 and 2011 International Blues Challenge, plus numerous classical and blues awards. The EP also features Blues great Otis Taylor and his daughter Cassie.

Leroy Robert “Satchel” Paige (July 7, 1906 – June 8, 1982) was an American professional baseball pitcher who played in Negro league baseball and Major League Baseball (MLB). His career spanned five decades and culminated with his induction into the National Baseball Hall of Fame.

A right-handed pitcher, Paige first played for the semi-professional Mobile Tigers from 1924 to 1926. He began his professional baseball career in 1926 with the Chattanooga Black Lookouts of the Negro Southern League and became one of the most famous and successful players from the Negro leagues. On town tours across the United States, Paige would sometimes have his infielders sit down behind him and then routinely strike out the side.

At age 42 in 1948, Paige made his debut for the Cleveland Indians; to this day, this makes him the oldest debutant in the National League or American League history.