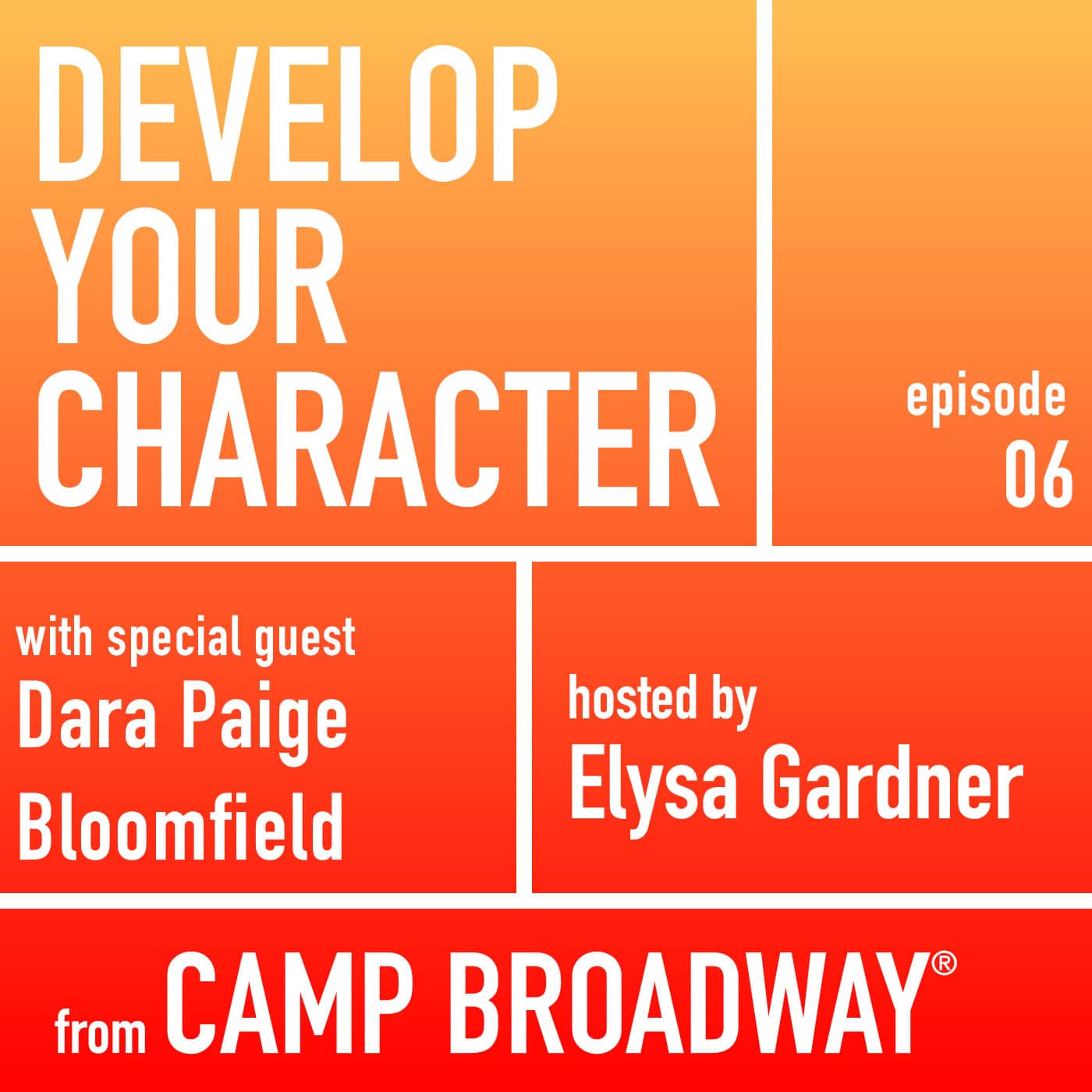 Camp Broadway presents Develop Your Character hosted by Elysa Gardner who talks with theatre insiders about ideas to help culture-loving kids and aspiring artists become great performers at every stage of their lives. This episode features Dara Paige Bloomfield, actress, educator, and producer of Growing Up Broadway, a series of cabaret concerts featuring Broadway’s former and current child performers.

Dara set her sights on Broadway at age 5 after seeing Cats and by age 9 she was cast in the original production of Ragtime, where she learned the value of teamwork. While she continued to work professionally during her tween and teen years, she embraced the importance of having a “normal” life. Inspired by actress/writer Lily Tomlin who told her to “make your own work,” Dara leveraged her early experience and her natural organization skills into a producing career that now enables her to work both on stage and behind the scenes. Her advice to aspiring young performers and their parents—“Don’t let auditioning and performing take over your life. Being an actor alone isn’t the thing that will make you an interesting person.”

Develop Your Character is produced by Camp Broadway for the Broadway Podcast Network. For more information, visit campbroadway.com or post a comment about this episode on our Facebook page.