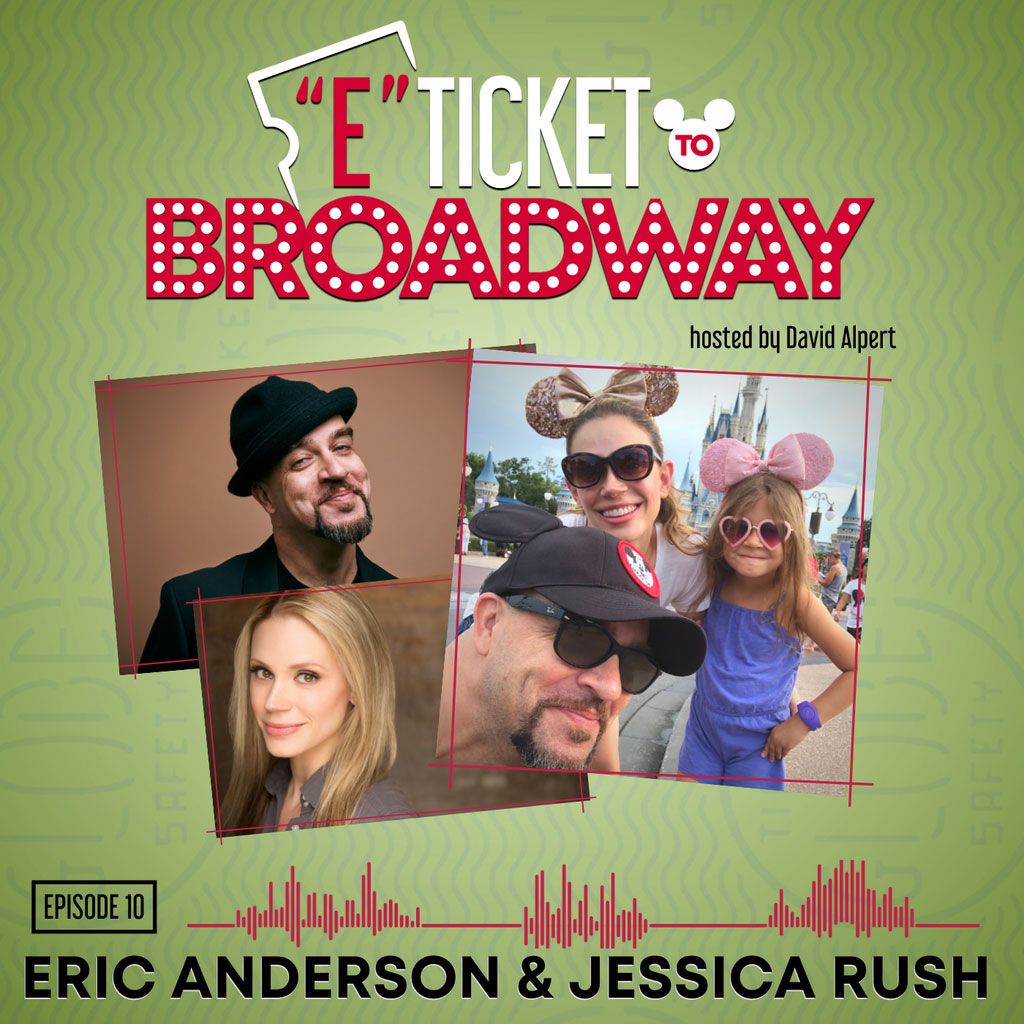 It’s a family celebration on this episode of “E-Ticket to Broadway!” Broadway’s Power Couple Eric Anderson (Waitress, Kinky Boots, Pretty Woman, “The Greatest Showman”) & Jessica Rush (Gypsy, Jersey Boys, Dear Evan Hansen, Tina) both got their start working at the Disney Parks (Disneyland for Eric, Walt Disney World for Jessica) and now find themselves there as often as possible with their young daughter Elliot. Listen as Eric and Jessica share their Disney memories, play “Finish the Lyrics: Disney Theme Park Edition” & “The Newlywed Game,” and also pass the mic to Elliot who shares what she loves about the Disney Parks.