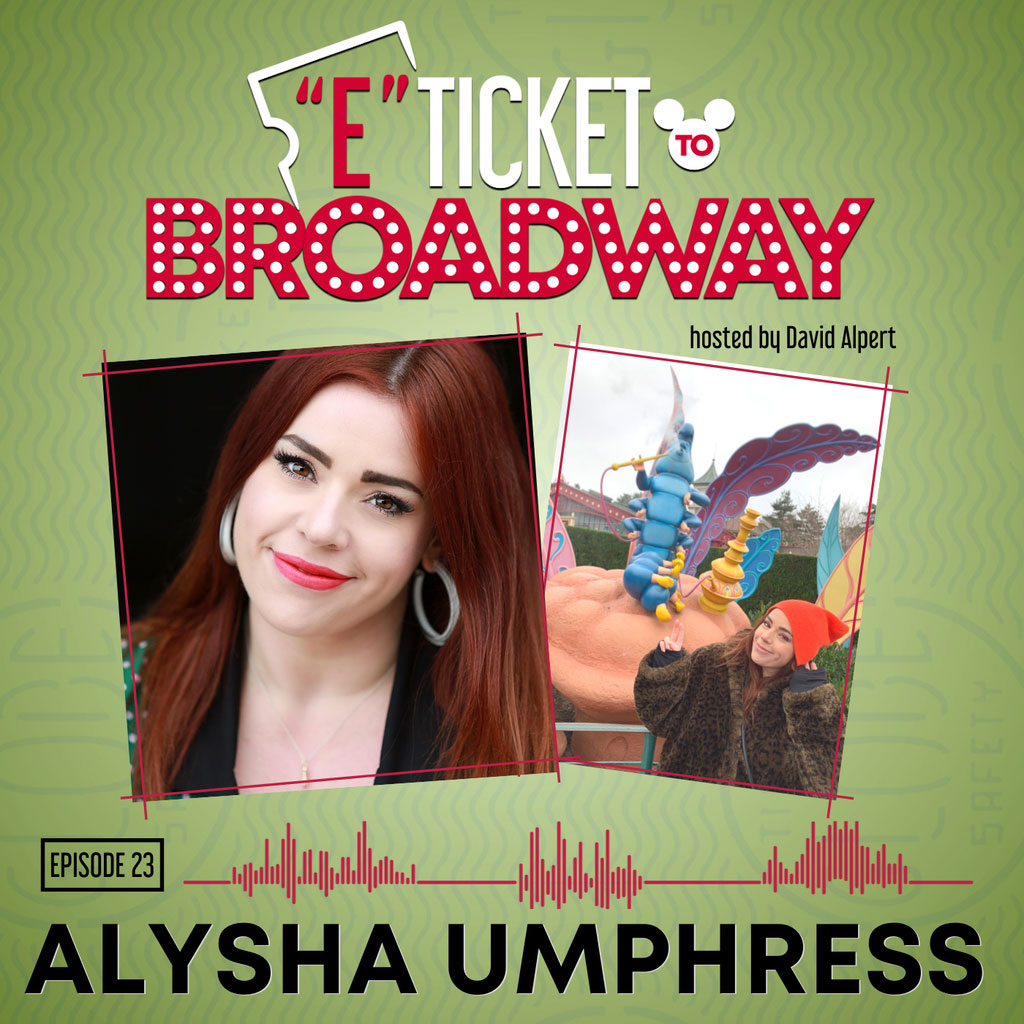 From Broadway’s On the Town, On a Clear Day You Can See Forever, & American Idiot; Alysha Umphress joins David on this episode to talk about her love of Space Mountain & The Enchanted Tiki Room. From growing up in California and going to Disneyland (and an incredible experience pulling the sword out of the stone), to visiting Walt Disney World to watch a filming of the Mickey Mouse Club, to having Dole Whips at her wedding, Alysha truly is a Disney kid at heart. Listen as this Broadway star discusses her love of the Parisian Big Thunder Mountain Railroad & Space Mountain, as well as Crush’s Coaster; and play along with Alysha as she plays “I Can Cook Too: Disney Edition.” On which Disney attraction did Alysha charge her cell phone? What Disney song would Alysha “option up?” Which Disney song would Alysha sing in a Disney Parks parade? Listen to find out!