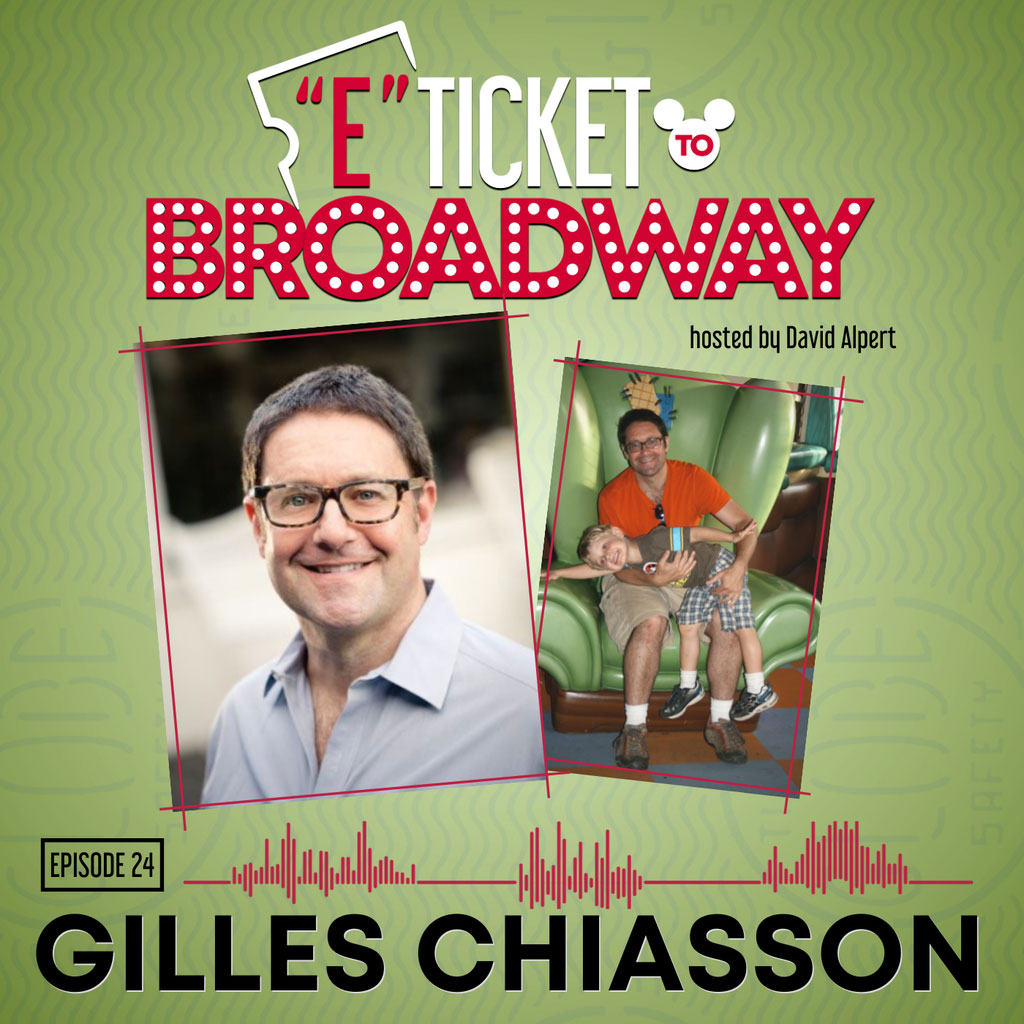 From the original casts of Rent, The Scarlet Pimpernel, and The Civil War, Gilles Chiasson joins the podcast to chat with his fellow Muskegonite David to chat all things Disney Parks. Gilles shares his early memories of going to Walt Disney World and singing in the queue of The Haunted Mansion, to then going to Disneyland for the first time by himself while on the national tour of Forever Plaid as a self-proclaimed cynic. He goes on to discuss how his love of Disneyland transformed even further after bringing his children to the park, including a magical moment during the Main Street Electrical Parade. Listen as Gilles shares some incredible stories from his time in Rent (including being the Secret Santa to Elsa herself, and how he was gifted a special item once belonging to Jonathan Larson), explains how much he loves “Toy Story 3,” and plays everyone’s favorite game: “Man With Squeegee Goes Disney.” The episode also features a Patreon Spotlight on The Foy Family!