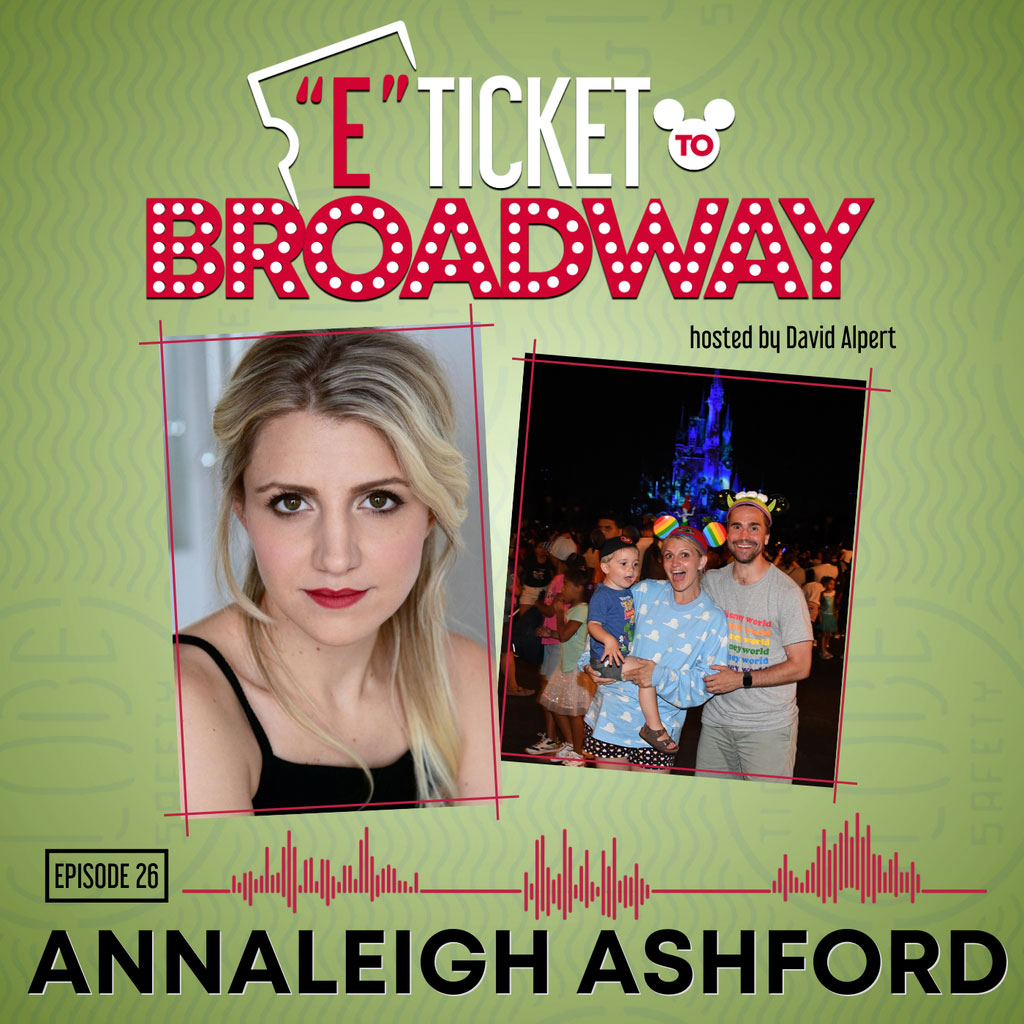 On this episode of “E-Ticket to Broadway”, Tony Award-winner Annaleigh Ashford joins to share her deep love of the Disney Parks! This lovable star of Kinky Boots, Legally Blonde, and Sunday in the Park with George discusses her childhood dreams of going to Disney (including her first trip to Anaheim that involves a dance competition & Susan Egan), and going to Walt Disney World while on tour with Wicked–both times leaving the Parks with tears of joy. Annaleigh shares her experience giving voice to one of the Trolls in “Frozen” and her pitch to be including in “Frozen 3”; going to Walt Disney World a few days after leaving Kinky Boots (and having her wisdom teeth removed); her admiration for “Sleeping Beauty” & “Toy Story 3”; and bringing her son to the Parks for the first time. This episode also features Travel Agent Ashford sharing invaluable advice on visiting the Disney Theme Parks, and a rousing game of “The History of Wrong Guys: Disney Edition.”