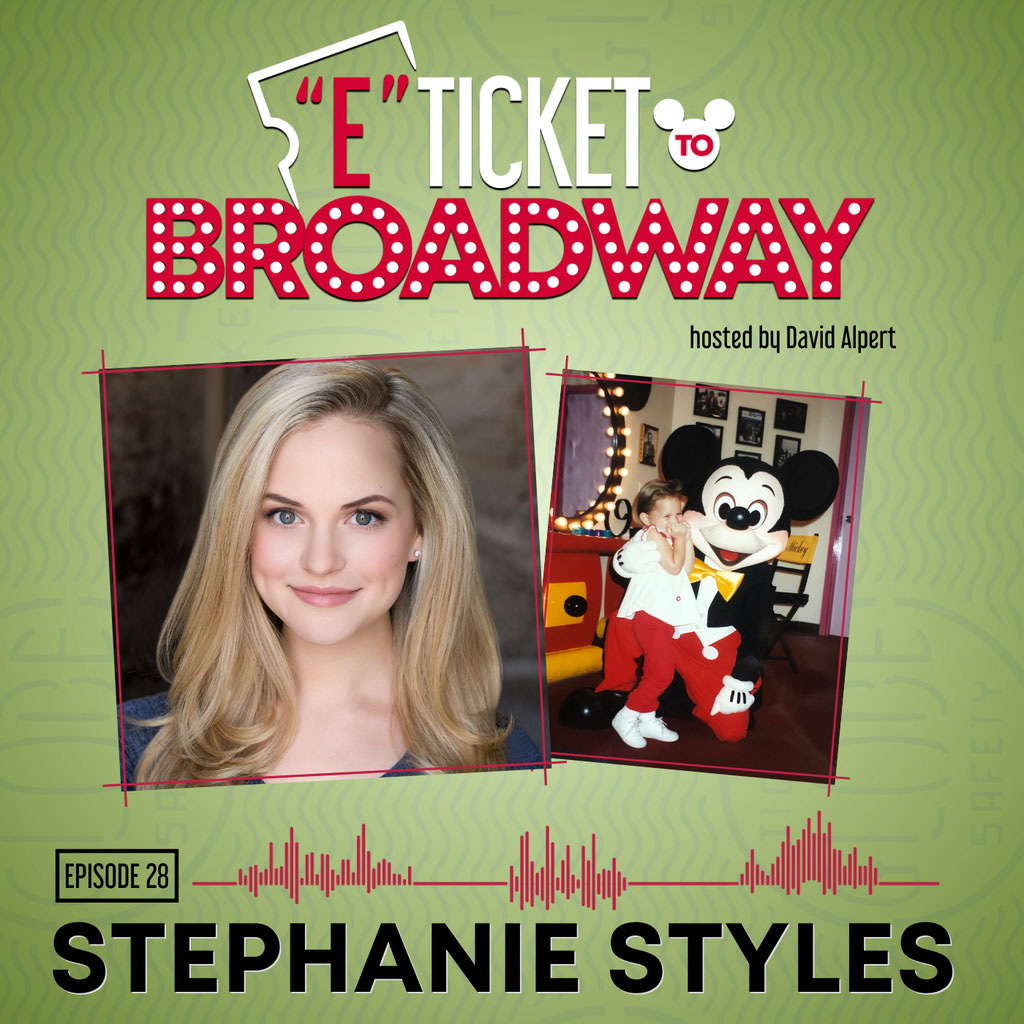 Stephanie Styles (Broadway’s Kiss Me, Kate; TV’s “Zoey’s Extraordinary Playlist, the National Tour of Newsies) is a bona fide Disney fan. On this episode, listen as her enthusiasm of the Disney magic radiates through every thing she shares–from her early trips to Walt Disney World, to Disneyland becoming her home-park, to her love of corn dogs. Stephanie shares her excitement of “Radiator Springs Racers” & “Peter Pan’s Flight,” as well as how much she adores Belle & Pascal. If you’re a fan of Newsies, prepare to learn more about Stephanie’s experience with the show as well as some fan-fiction about Jack & Katherine’s trips to Disneyland; and if you’ve ever gone on “It’s a Small World,” listen as Stephanie shares some behind-the-scenes secrets of the ride (and fangirls over her favorite doll). Since Stephanie and David both love the Parks so much, on this episode of “E-Ticket to Broadway,” they pose trivia questions to one another, and connect as true Disney “young at hearts.”