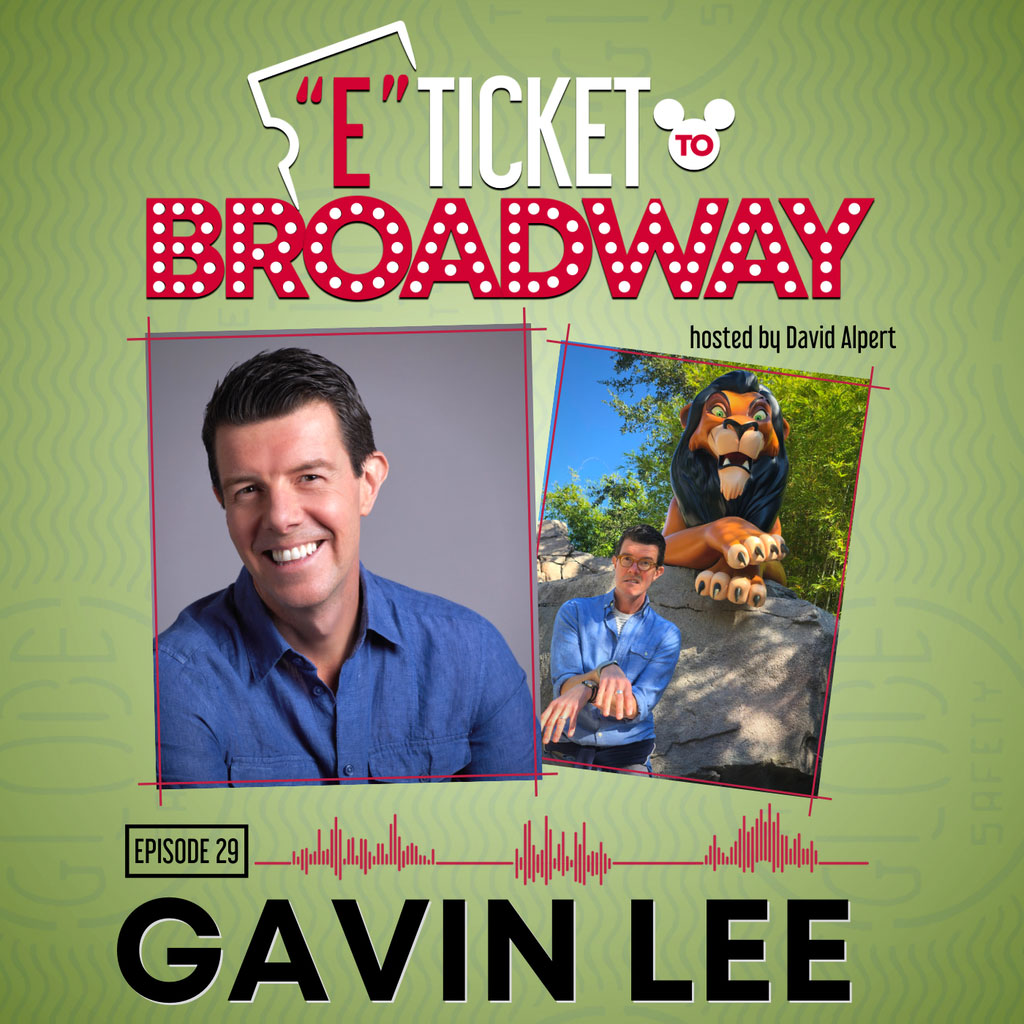 Drama Desk Award-winner and Tony Award-nominee Gavin Lee joins David on this episode of “E-Ticket to Broadway” to share his memories of going to Walt Disney World and what it was like creating the role of Bert in the stage production of Mary Poppins! This Broadway star of Les Miserables and Spongebob Squarepants fondly recalls performing “Supercalifragilisticexpialidocious” on Main Street USA at WDW on Christmas Day, and the joy he has performing at EPCOT’s Festival of the Arts. Listen as this boy from England who grew up knowing “there was a place called Disneyland,” tells the story of taking a Greyhound Bus to the Park in 1990 after a job on a cruise ship, to later having lunch with Disney Legend Dick Van Dyke. Gavin also shares some fun backstage stories, including how to troubleshoot an upside down tap dance when things go wrong, and what it was like to play Lumiere in Beauty and the Beast. Play along with Gavin and David as they tackle “The British Invasion: Disney Edition,” and listen as Gavin discusses which is more challenging–tap dancing around a proscenium of a theater, or tap dancing with eight legs as Squidward Q. Tentacles. This episode also features a chat with Derek & Jeremy of the Mad Chatters Podcast!