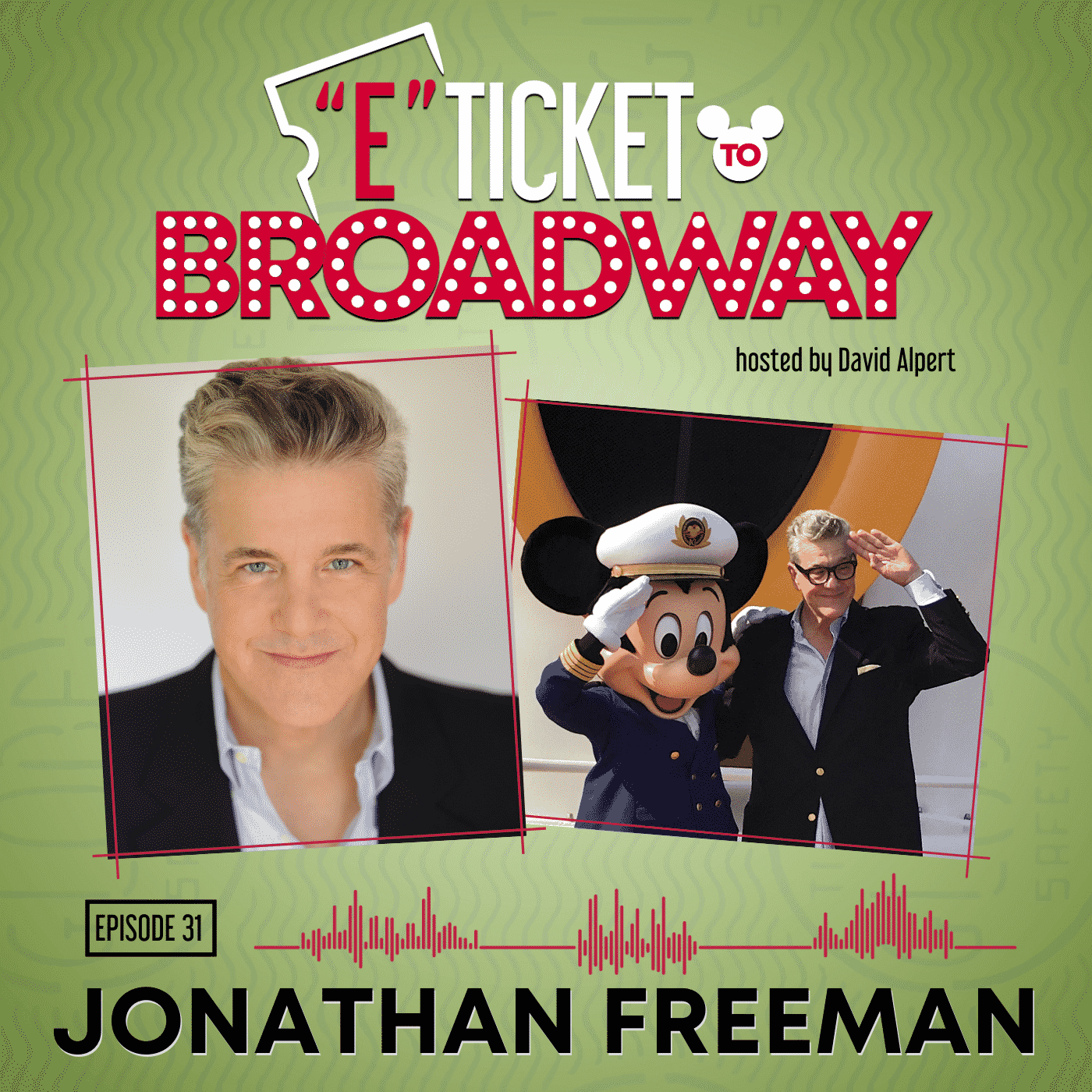 Kicking off Season 3 of “E-Ticket to Broadway” is the Tony Award-nominated Disney Legend that is Jonathan Freeman. Listen as Jonathan shares his memories of going to Disneyland and Walt Disney World as a kid and being “over-stimulated,” and his absolute love of the Disney Villains (Captain Hook being his fantasy boyfriend, Malificent, his fantasy girlfriend, naturally). In fact, Jonathan shares on the episodes how he always dreamt of giving voice to a Disney Villain, and how he made connections as a kid when he heard Disney voice actors. He and David discuss some of his incredible memories from his days recording the voice of the Grand Vizier–from hearing the work of Howard Ashman & Alan Menken for the first time, to working with his fellow cast members including Robin Williams, to seeing how Jafar has become so iconic over the last 30 years. In addition to his work as a voice-actor, Jonathan has appeared in four Disney on Broadway productions including “Beauty and the Beast,” “Mary Poppins,” “The Little Mermaid,” and, of course, “Aladdin” and discusses his experiences performing Disney characters on Broadway. As a special treat to the listeners, listen to a fun story about Disney on Ice, and delight in some iconic Disney speeches…as voiced by Jafar.