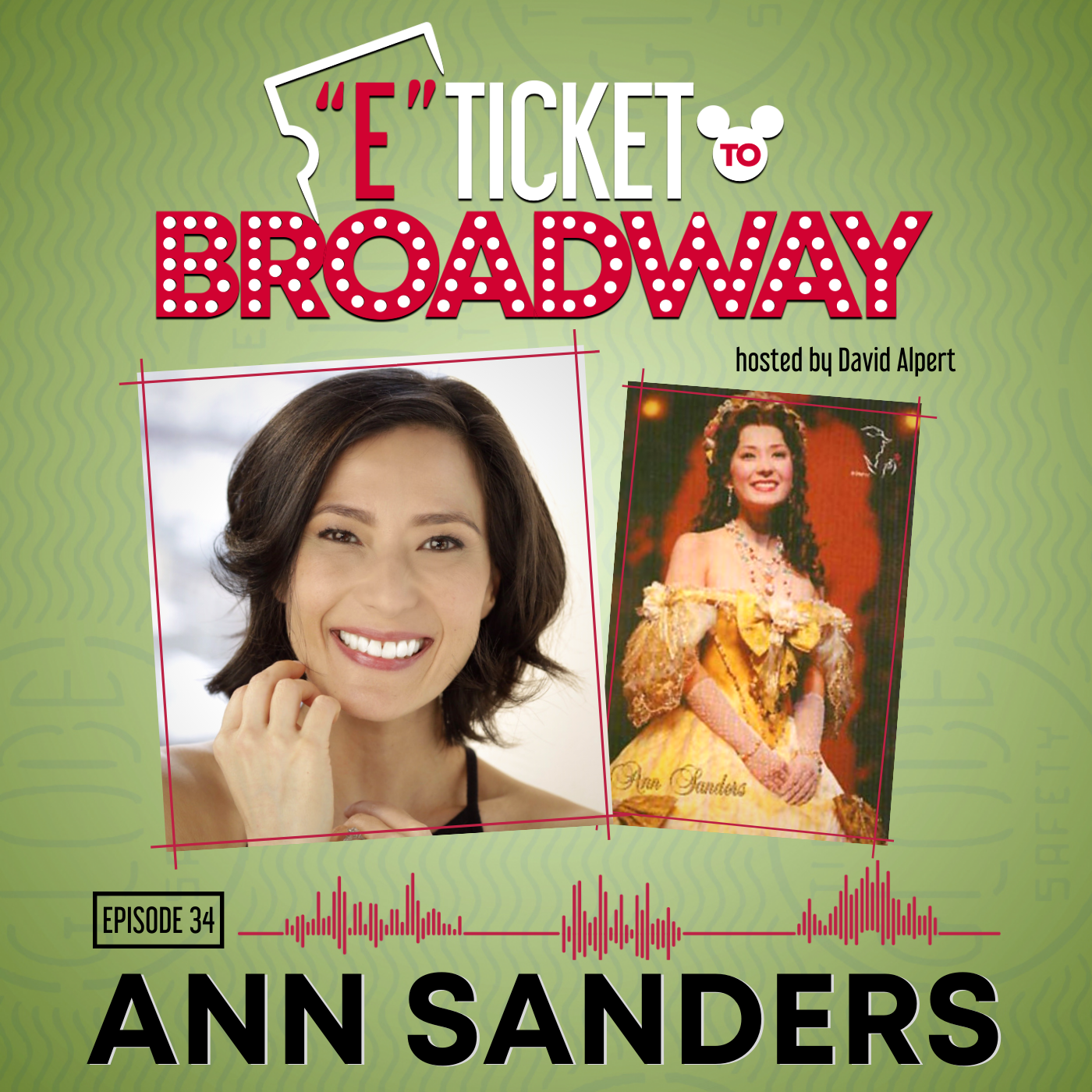 If you’ve ever wanted to hear “Home” from Beauty and the Beast sung in German, this is the episode for you! Broadway veteran Ann Sanders (“Dear Evan Hansen,” “Avenue Q,” “Frozen,” “Beauty and the Beast,” “If/Then”) joins her pal David to talk all things Disney. She recalls her childhood days in Chicago watching Disney movies on VHS, and how she always heard of these magical theme parks–but never went until she was working in San Diego on Allegiance when her cast mates took her to Disneyland (and where she was immediately recognized by a fan). Ann recalls that magical first trip to Disneyland, and how she has learned how Disney”always offers the expected and the unexpected.” Listen as Ann discusses how she loved Belle as a kid, how Beauty and the Beast was the first show she saw on Broadway, and how “Beauty and the Beast” was the show in which she made her Broadway debut (after performing the role in Germany). From her appearance on the final episode of “The Rosie O’Donnell Show,” receiving a sweet Opening Night card from co-star Nick Jonas, to the importance of diversity in the arts, Ann’s experience as Belle was truly remarkable. She and David also chat about her time in “Frozen” originating the role of Queen Iduna (and the Hidden Mickeys on the Broadway set), her love of Baby Yoda, her interesting idea for a Disney Parks Parade, and then plays “Sorry I Missed the Party: Disney Edition.” The episode also features a special Patreon Interview with Josh!