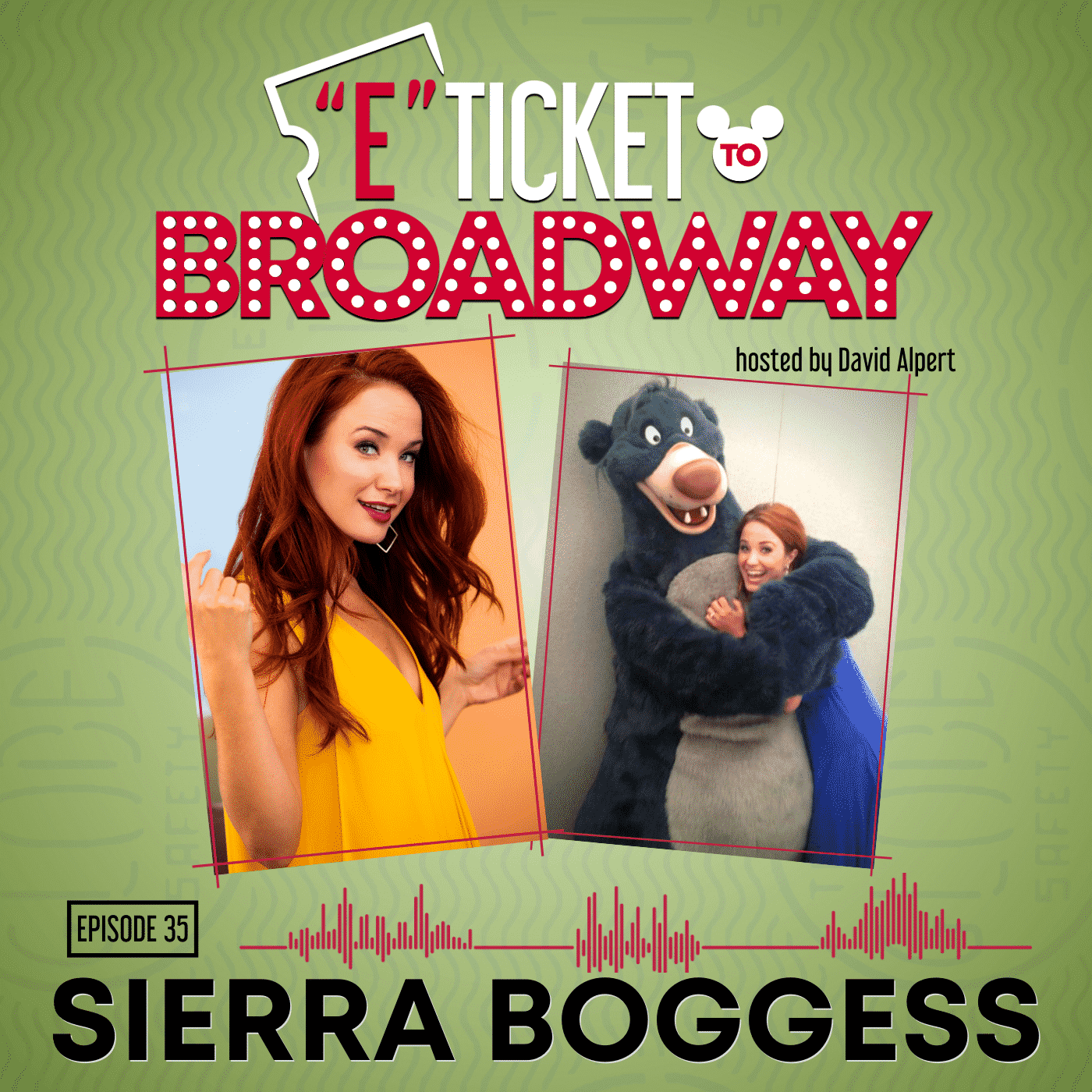 Broadway’s Ariel, Sierra Boggess (“The Little Mermaid,” “School of Rock,” “The Phantom of the Opera,” “It Shoulda Been You”), is the guest on this episode of “E-Ticket to Broadway” and shares just how much she’s always loved Disney, especially the sidekicks. As a kid Sierra never wanted to be Cinderella—she wanted to be Gus Gus, and has always loved “The Sword in the Stone” and Madam Mim and is ready to bring her to Broadway. Listen as she recalls going to Walt Disney World for the first time when she was six years old and loving the Haunted Mansion and taking a photo with Goofy—to then going to Toyko Disney Sea and Disneyland Paris as an adult. Sierra beautifully explains what makes a Disney Park so magical and “how they do everything they can to keep you invested in the magic,” and shares a really wonderful observation that the Parks may be more deeply appreciated by the “young at heart.” Sierra has a lot of love–from her must-do attractions including the Haunted Mansion, Indiana Jones, The Matterhorn and/or Expedition Everest; to her memories of her Broadway debut in “The Little Mermaid”; to “Brave” and learning about never giving up from watching Disney movies.” She recounts stories with Jodi Benson, Jonathan Freeman, and Sherie Rene Scott, and shares her dream of performing in “Disney on Ice.” This episode features a very intense conversation on Mouse Ears, and a very strong opinion of “It’s a Small World,” and the sounds of Britney Spears singing classic Disney tunes as only Sierra Boggess can do.