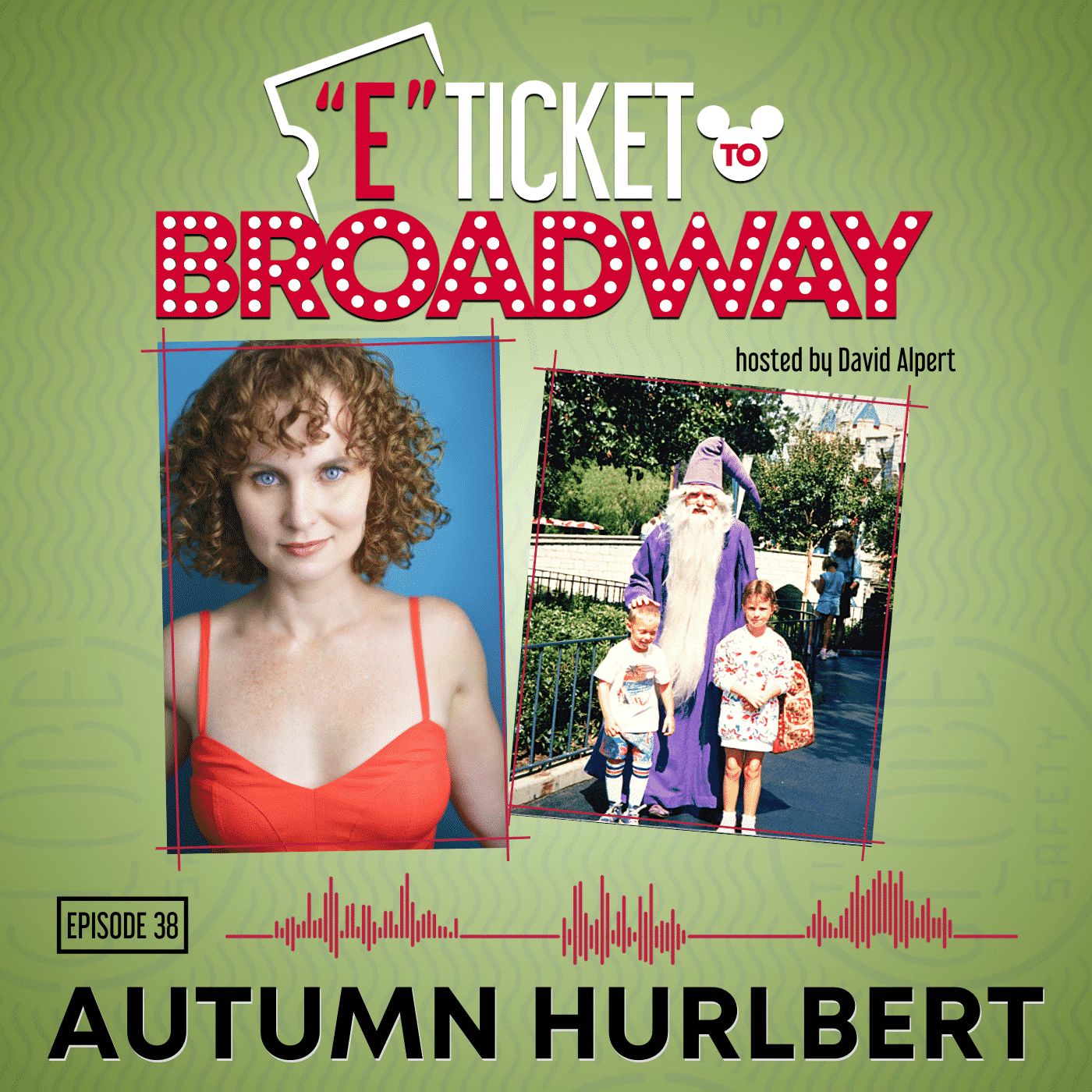 On this episode of “E-Ticket to Broadway,” David is joined by his bestie Autumn Hurlbert (“Something Rotten,” “Little Women,” MTV’s “Legally Blonde: The Search for Elle Woods”) to discuss their mutual love of Disney (including their very first friend date seeing “Toy Story 3” and bonding over their emotional connection to the film). Autumn describes how as a kid she was surrounded by the love of Disney–from her whole family loving Disneyland, to listening and watching all of the Disney movies including “Sleeping Beauty” and “The Lion King.” She vividly recalls an early trip to Disneyland when she saved her entire allowance and purchased an Eeyore sweatshirt, and how even at a young age she was tuned into “loving the magic.” Autumn’s love of Disney has followed her her entire life–she taught herself how to sing with vibrato from listening to Snow White sing “Someday My Prince Will Come,” channeled her inner feminist and cheered for Malificent, and even wore out her copy of “The Little Mermaid” VHS (which may have been due to the fact that she would watch the film in her college dorm room). Autumn’s love of Disney is infectious–she loves Piglet more than words can say, she had an intense conversation with Merlin at Disneyland as a kid, and when she needs cheering up she’ll watch “Lilo and Stitch.” She and David recall a fun story when she sang “Love is an Open Door” from “Frozen” at a benefit concert (and how she was mistaken for the voice of Anna), and Autumn describes the joy she felt bringing her son to Disney for the first time–as well as going on “Rise of the Resistance” for the first time due to the wonderful vacation planning from her husband . Also in the episode, this proud “Land Girl” plays “Keep it Positive,” spinning potentially sad situations into wonderful opportunities, just as she did on national television as part of a reality show.