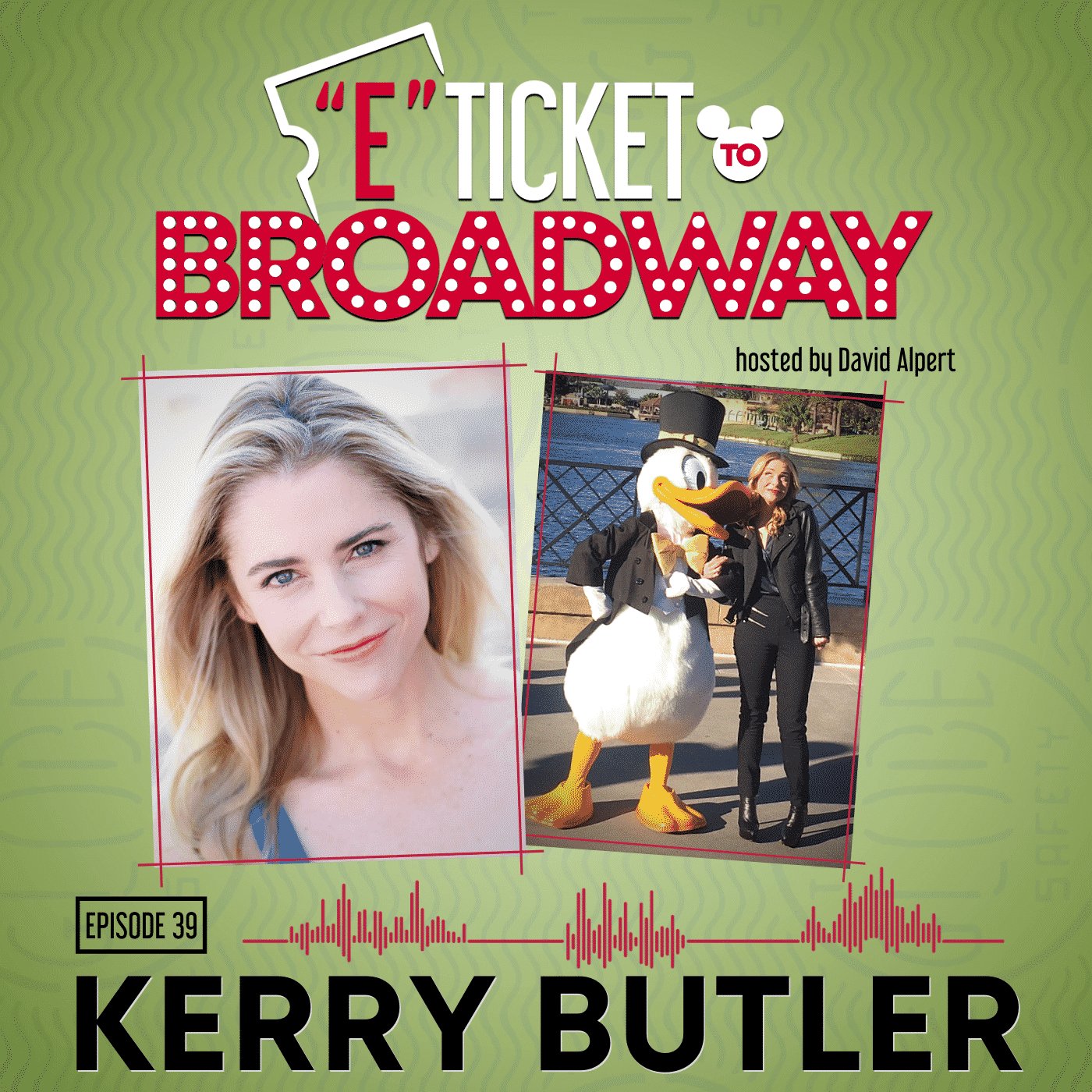 Broadway superstar Kerry Butler (“Hairspray,” “Beetlejuice,” “Mean Girls,” “Catch Me if You Can,” “Xanadu”) joins David for an ultimate Disney-fan conversation. This Brooklyn girl has loved Disney her whole life, especially “The Little Mermaid,” Ariel, and all of the music from Howard Ashman & Alan Menken. From spending her engagement weekend at Disneyland, to her dreams coming true performing at EPCOT’s Festival of the Arts, Kerry’s love of the Parks is infectious. Listen as she shares her favorite stories of going to the Parks including playing checkers on Main Street, and being an ultimate pin collector; and how she so deeply relates to the song “Disneyland” from “Smile,” (and getting a chance to sing with Jodi Benson!). Kerry goes behind the scenes of creating her Disney-inpsired album “Faith, Trust, & Pixie Dust,” as well as her days originating the role of Belle in the Toronto company of “Beauty and the Beast,” and later on Broadway. On the episode she shares what job she would want at Walt Disney World, her love of “Mickey’s Philharmagic,” and how she loves “it’s a small world” and its message of peace and unity. Play along as Kerry and David play “Kerry Butler’s Disney Resume” where David says an attraction and Kerry has to guess which Broadway show that she was in most closely resembles that attraction–Kerry shares that when she was in “Beetlejuice” she said “I feel like I’m in The Haunted Mansion Ride Musical.” This “World Girl” makes Disney Parks itineraries for her friends, and finds Disney recipes when she’s at home–an ultimate “E-Ticket to Broadway” guest.