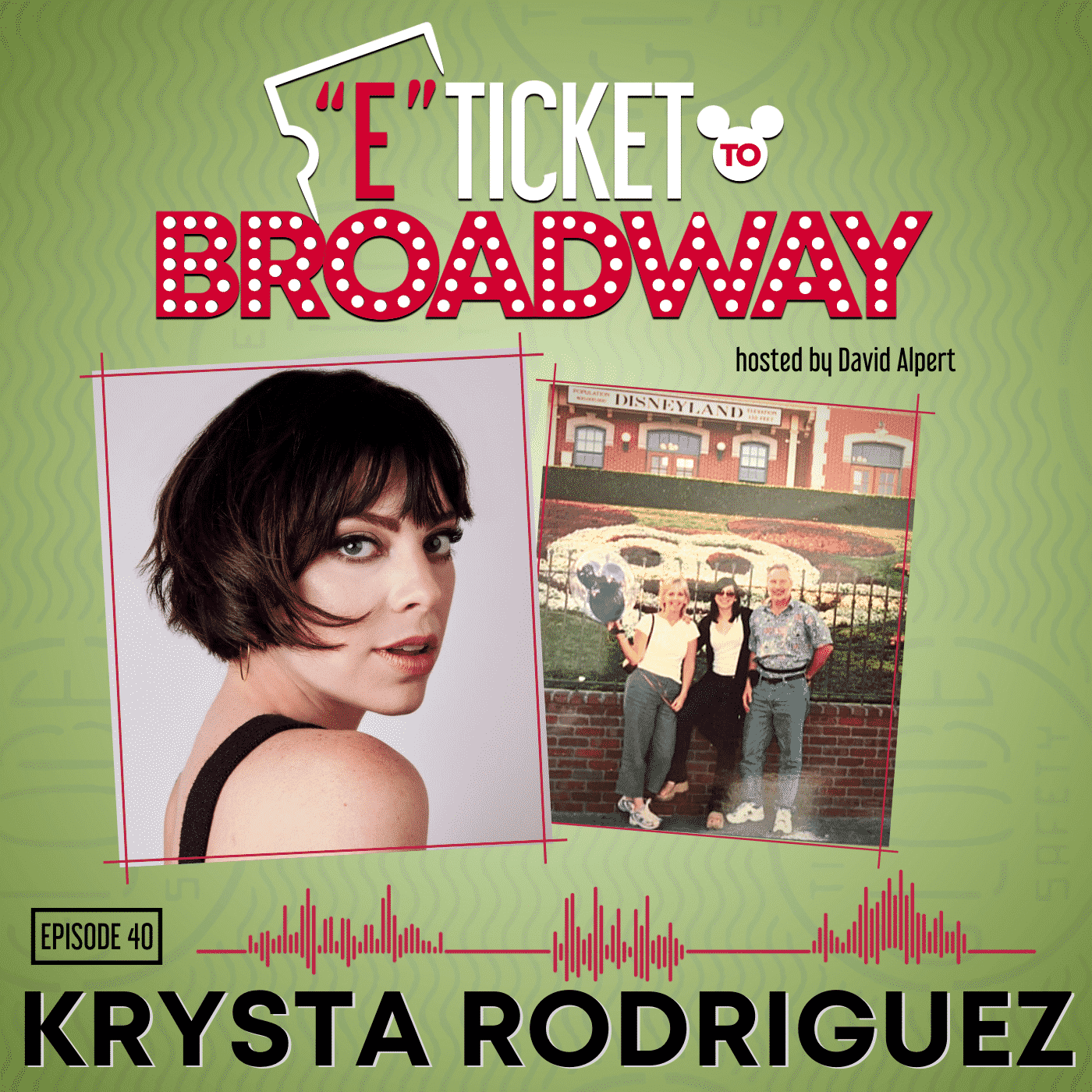 “Timon turned out to be my Father.” Krysta Rodriguez (In the Heights, The Addams Family, A Chorus Line, “Smash”) is a true Disneyland fan–she grew up with the Park in her backyard, and distinctly remembers feeling the magic radiating from the parking lot as a kid. On this episode of “E-Ticket to Broadway,” Krysta and David discuss their love for Walt’s Park, and Krysta shares how Disney intersected with her childhood–from using her allowance to buy one souvenir at the Parks (usually a figurine to add to her collection, and not Pirates’ gold like she really wanted), to celebrating Thanksgiving at Walt Disney World when she was six years old, to loving “The Little Mermaid” so much that in addition to performing the role wherever and whenever she could, she dressed as Ariel for three different Halloweens in a row. Krysta dives into her love of the Disney movies of the 1960’s and 70’s (especially “101 Dalmatians”), and well as the food and snacks of the Disney Parks (especially those frozen bananas). Listen as Krysta shares her favorite stories of working with Julie Andrews and going to Disneyland with her, and playing Meg in Hercules in New York City while having Susan Egan as a mentor. Admittedly, Krysta shares that she “got in trouble at Disneyland like kids do at the mall” and shares a fun story of Tinkerbell’s flight during the fireworks–something Wednesday Addams may also love. This episode features the game “Pulled in a New Disney Direction” in which Krysta needs to determine which ride or attraction David is referencing that is based on the guests going in a new direction; and they share their mutual love of Big Thunder Mountain Railroad, miniatures in the Parks, and Fantasmic. Should you go on a “First Date” at Disneyland? Listen as Krysta shares all!