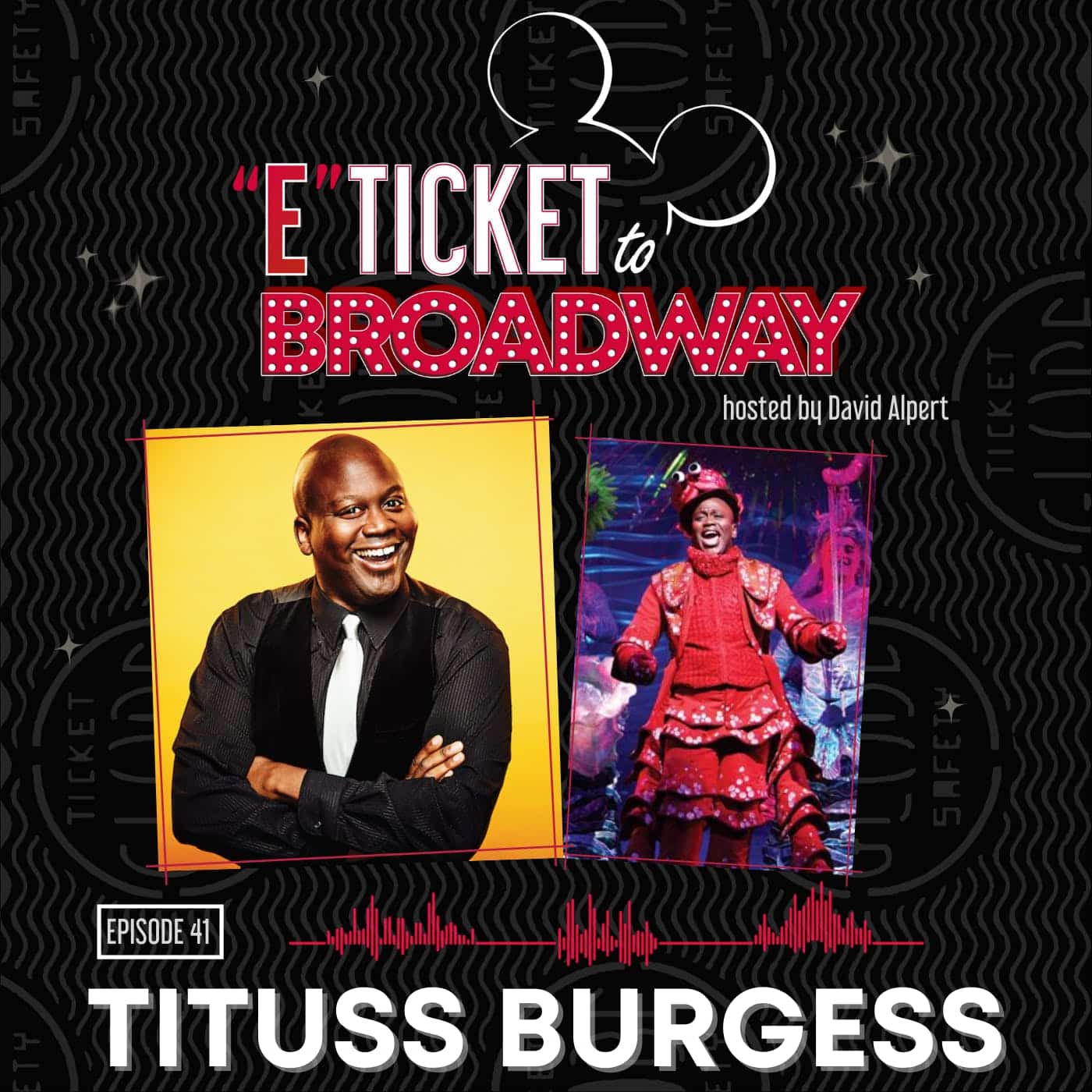 To kick off Season 4 of “E-Ticket to Broadway,” Emmy Award-nominee Tituss Burgess joins David to talk all things Disney, from working at Walt Disney World, to starring as Sebastian in “The Little Mermaid” on Broadway. Listen as this star of “The Unbreakable Kimmy Schmidt” and “Jersey Boys” reveals that the first Disney movie he saw was, indeed, “The Little Mermaid,” and how his first trip to any Disney Theme Park was when he was hired to perform in “The Festival of The Lion King” at Animal Kingdom–which he describes as “endless vacation mixed with some sort of awesome work study,” and shares how his favorite moment of the show was seeing the faces of the kids in the front row, since there’s “nothing like seeing Disney through the eyes of a child.” Tituss discusses how the magic of Disney never gets old, and explains how we each can take Walt’s vision and bring it into the world. David & Tituss chat about “The Little Mermaid” on Broadway, how Tituss tanked his first audition, but then got a callback and could sense that this role would indeed be his; and how he loved living in the joy of that musical score, hearing the audience gasp when they heard the introduction to “Under the Sea,” and how he connects more to Ursula today than Sebastian. Play along with “Tituss Burgess or Sebastian the Crab,” and tune in to hear Tituss’ love of of the Tower of Terror, the music of “Newsies,” the Grand Floridian, Maleficent, and The Voices of Liberty. This episode also features a conversation with Craig McFarland, Brett Rutherford, & Vanessa Ferguson of the Beyond the Mouse Podcast.