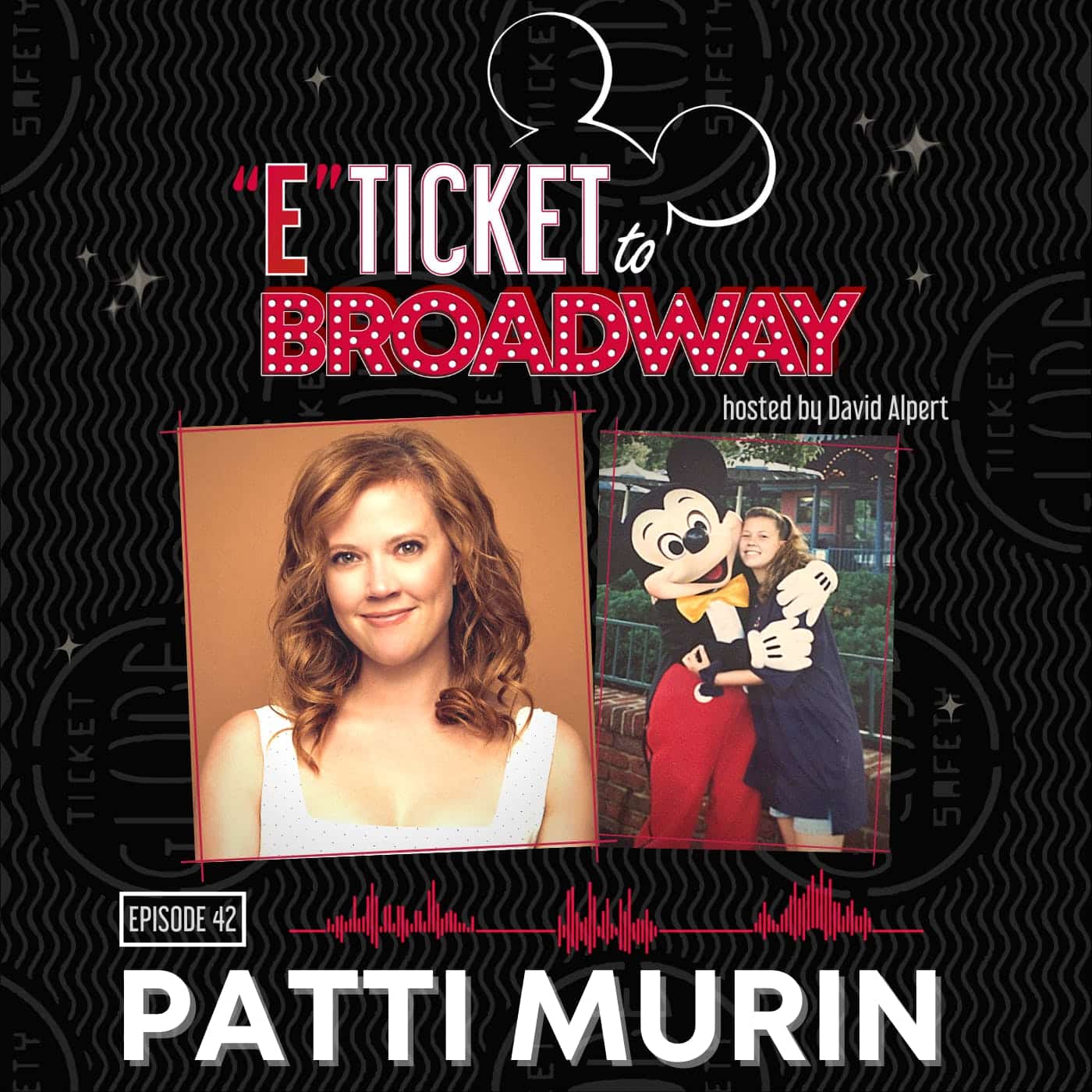 Love is an open door on this episode of “E-Ticket to Broadway,” as David is joined by Disney-enthusiast and Broadway star Patti Murin! Listen as Patti (“Frozen,” “Xanadu,” “Wicked”) shares her eternal love of Disney–from loving Snow White to Ariel to Belle to Anna, to her first magical cross-country trip to Disneyland when she was four years old and fell in love with Dumbo the Flying Elephant and Peter Pan’s Flight (but terrified of the Matterhorn and The Haunted Mansion). A deep discussion about Snow White’s Scary Adventure transpires (naturally), before Patti shares memories of her first trip to Walt Disney World when she was seven, and how amazing it was and how she finally went on Space Mountain for the first time (but still afraid of The Haunted Mansion). Patti discusses her excitement for bringing her daughter to the Parks for the first time one day–meeting all of the different characters, and together going on “Frozen Ever After” in EPCOT. From her time playing Belle in “Beauty and the Beast” and cherishing being part of that iconic opening number as well as “Be Our Guest,” to how she came to the role of Princess Anna in “Frozen” and her favorite moments of her time with the show, it is clear Patti is a true Disney kid. She and David chat about which job Patti would most like to have at the Parks, what attraction she’d be ok with getting stuck on with Olaf, which character from “Toy Story” she most relates to, and what she thinks Anna would most like at a Disney Park. This episode features everyone’s favorite game “Finishing Each Other’s Disney Sandwiches,” as well as Patti’s love for Mr. Toad’s Wild Ride, Splash Mountain, the Incredicoaster, and churros.