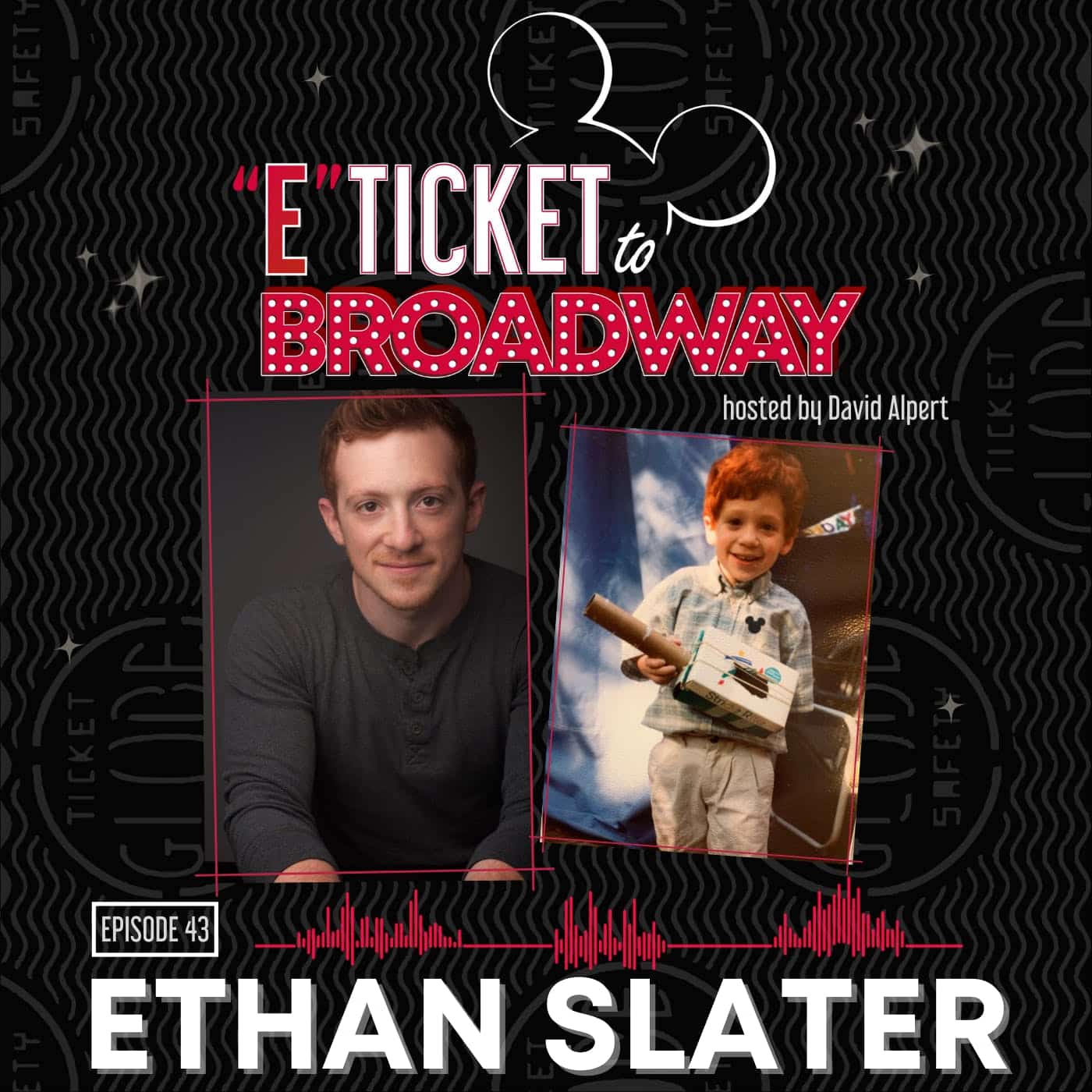 watching Bambi as a kid, knowing he was going to love little mermaid–loving newsies as a kid and gives an amazing christian bale as jack kelley impression, and tumbling to newsies in his home. though doesn’t think he’s a disney kid, when he thinks of the music and movies he realizes how much of an impact it had on them, especially “the alan menken of it all,” though he’s disney adjacent. going to walt disney world as a kid, with fun flashes of memories of going–and how meaningful it was to be there with family. being terrified of space mountain. how animated characters affect us so deeply, and how early cartoons were based on some of the earlier silent movies. some thoughts about a trip to Walt Disney World with his “Edge of the World” co-stars, and what “The Spongebob Squarepants Adventure” attraction would look like, as Ethan puts on his Imagineering hat. what job would spongebob want at a Disney Theme Park? Together they play “Spongebob or Mickey Mouse,” in which Ethan needs to determine based on a clue which beloved character David is referencing. how much toy story has meant to him. watching aladdin 12 times in a row.