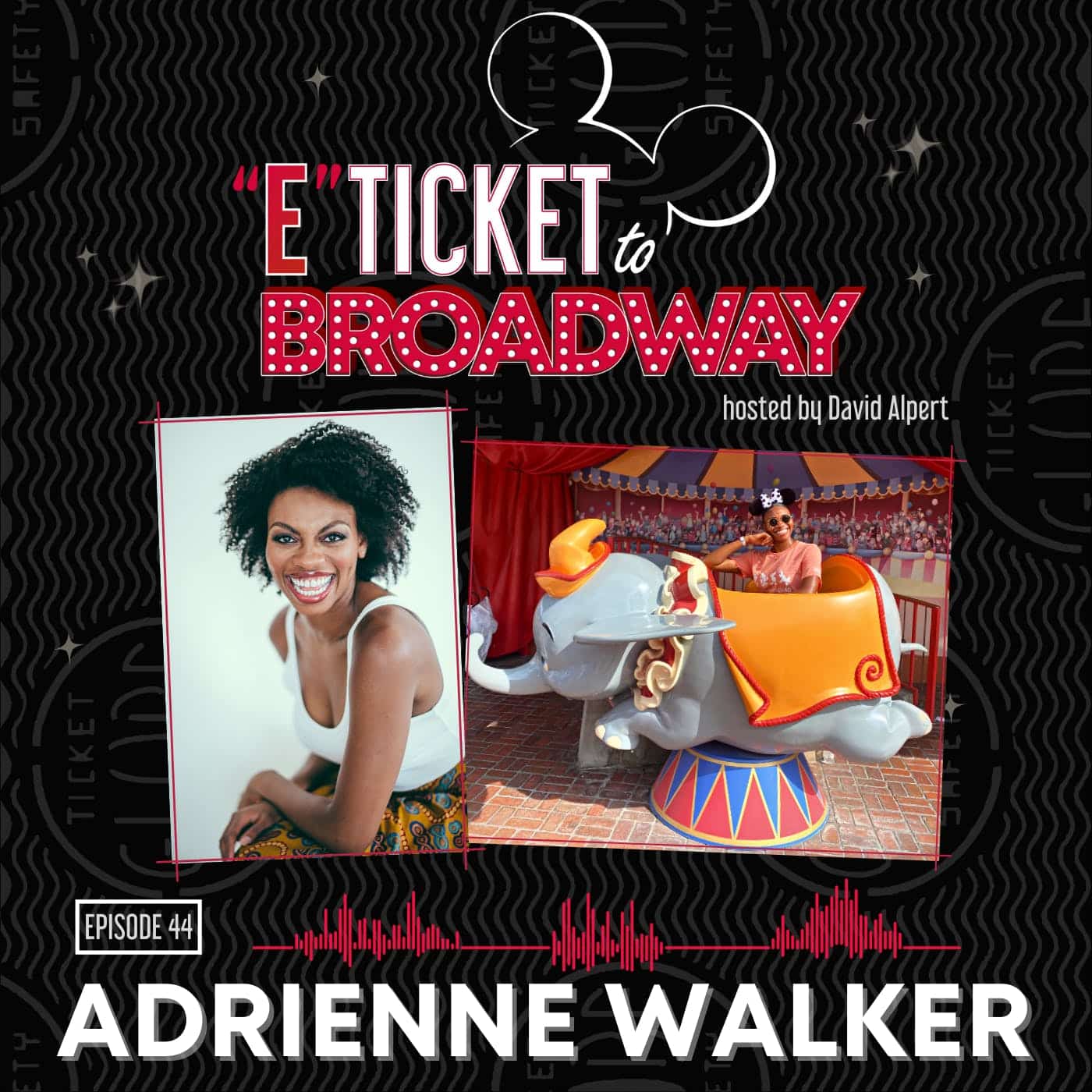 Broadway’s Lion Queen, Adrienne Walker, joins “E-Ticket to Broadway” to share her love of Disney! Listen as Adrienne explains how the Disney movies and animation so deeply affected her as a kid–specifically having the videos of “Aladdin,” “Beauty and the Beast” and, coincidentally, “The Lion King” played on rotation in her house, and how she so deeply related to Belle (as they both had their nose stuck in a book). After giving shout outs to “The Great Mouse Detective” and “Angels in the Outfield,” Adrienne recalls her first trip to Walt Disney World when she was in middle school and how she remembers “loving everything,” especially “it’s a small world” and “The Twilight Zone Tower of Terror.” She shares how she married into a very Disney-loving family, and with David discusses their mutual admiration of Mulan (Adrienne’s favorite Disney Princess). Before playing “Another Op’nin’, Another Disney Show,” Adrienne reveals her dreams of giving voice to a Disney character, and also shares her incredible experience of starring in Broadway’s “The Lion King”–from seeing “The Circle of Life” performed for the first time, to sharing her favorite moments from the show. This episode includes deep love for Dole Whips, “Dumbo the Flying Elephant,” and Abu.