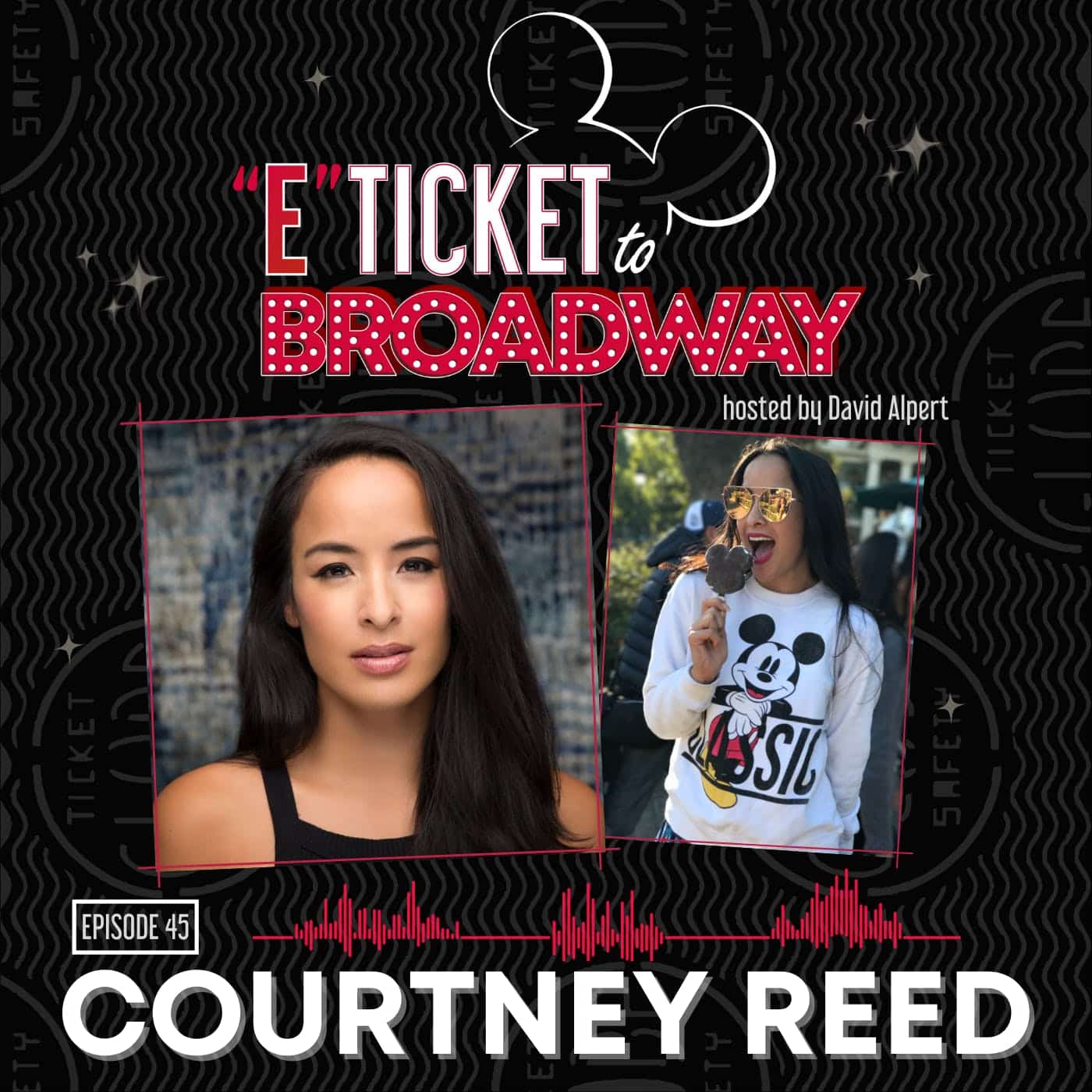 Broadway’s Jasmine, Courtney Reed, joins David for this episode of “E-Ticket to Broadway” for a thrilling chase through her Disney life. Courtney describes how as a child she was obsessed with the Renaissance of Disney animated films, specifically watching “The Lion King,” “Beauty and the Beast,” “The Little Mermaid,” and, coincidentally, “Aladdin”; and how she loved Jasmine from a young age–for she was iconic, and also seeing that kind of representation in a Disney film had an enormous, important impact on her life.

Listen as Courtney recalls her first trip to Walt Disney World in college, and having the absolutely best time–enjoying those Mickey Waffles (iconic) and being in total awe of walking down Main Street to see Cinderella Castle (truly, Courtney could be a travel agent, she has such a wonderful point of view of why going to the Disney Theme Parks is so magical and…iconic).

Of course she and David talk about her journey of bringing Jasmine to the Broadway stage–fan girling when she met “Jasmine in real life” (Linda Larkin, the voice from the film), flying on the Magic Carpet for the first time, and working with the original voice of Jafar (and former “E-Ticket to Broadway” guest) Jonathan Freeman.

Courtney shares her first trip to Disneyland, when she learned that she prefers the charm of the OG Park–which involved going to Club 33, loving Peter Pan’s Flight & Radiator Springs Racers, meeting Aladdin & Jasmine, and spending the day with the one and only Susan Egan!

Play along as Courtney and David play “These Palace Walls,” a game involving the Disney Castles across the world. This episode also features a chat with Craig K., a member of the “E-Ticket to Broadway” Patreon.