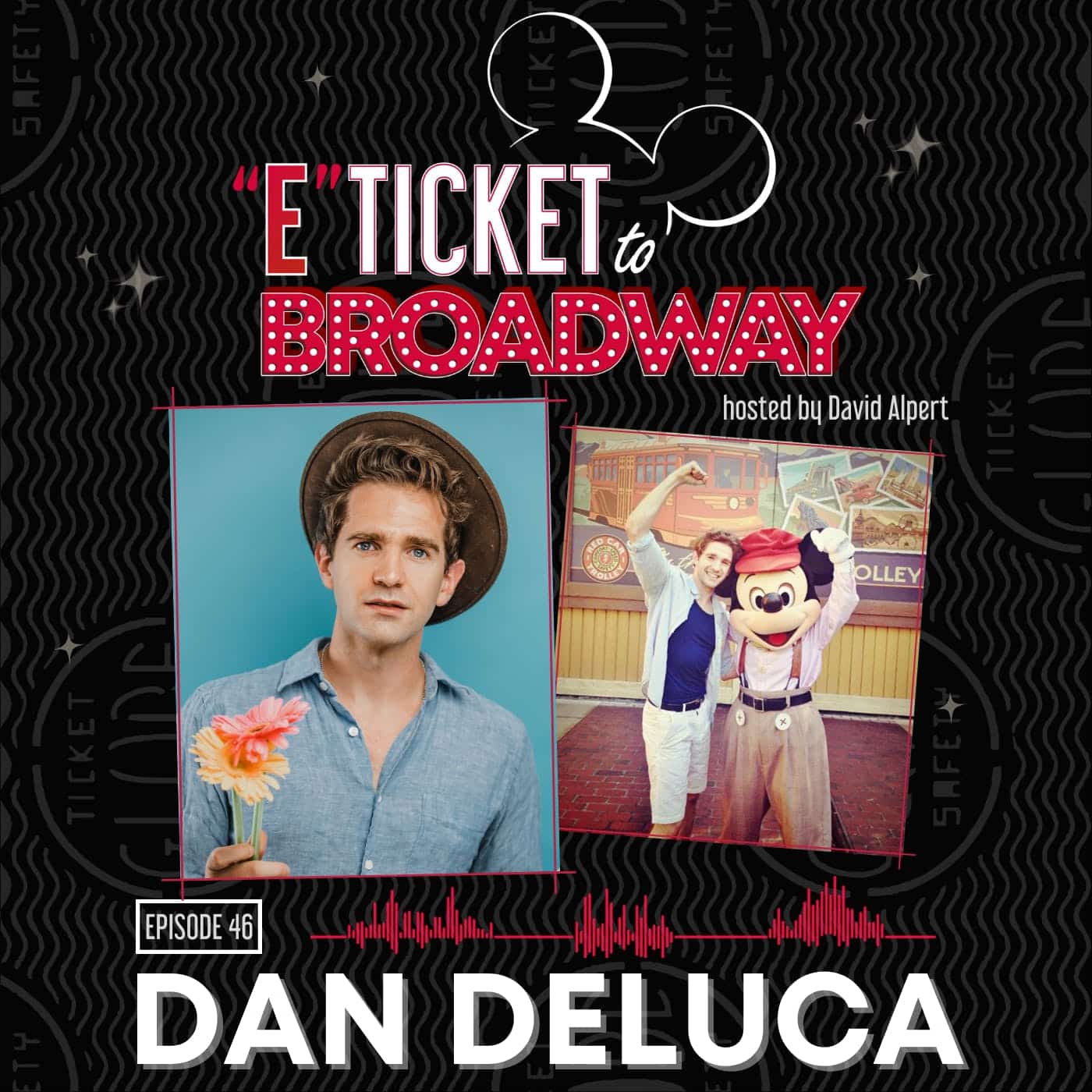 Get ready for this King of New York, as Dan DeLuca (Newsies) joins David to share his love of the Disney Parks. From growing up a true Disney kid and seeing “The Lion King” in the movie theaters and loving “A Goofy Movie,” to collecting the classic VHS Cassette Tapes and Burger King glasses, Dan’s love of Disney is pure. He shares his love of “Peter Pan” and “Pinocchio” (which leads to some intense conversations about those two films), and goes on to describe his first trip to Walt Disney World–remembering that it was “absolutely magical” and felt like home–and how each time he returns the “young at heart” feelings always reemerge. This ‘World Boy’ spells out a perfect day the Orlando Park, which includes Peter Pan’s Flight, Space Mountain, Splash Mountain, and, of course, The Country Bear Jamboree for which Dan is a huge fan. In addition to his favorite park, the Magic Kingdom, he also shares his love for Animal Kingdom (specifically Expedition Everest, “Festival of the Lion King,” & the spiritual experience that is Flight of Passage), as well as Hollywood Studios (did someone say Star Wars and “Fantasmic”?). As Dan shares more, we learn just how much he loves this special place–memorizing the script of The Haunted Mansion, enjoying Slaw Dogs at Casey’s Corner on Main Street, and feeling hope when he sees the Castle. He and David chat all things “Newsies,” how Dan first came to the musical in middle school, realizing the Newsie he dreamt of playing evolved into playing Jack Kelly, and singing “Something to Believe In” with fellow “E-Ticket to Broadway” guest Stephanie Styles, performing songs from the musical outside of the Walt Disney Animation Studios (which he describes as a magical experience), and together play “Santa Fe or Disneyland.” What would Dan’s dream job be at a Disney Theme Park? What would Jack Kelly’s be? What would happen if all of the Newsies went on “it’s a small world?” Listen to this episode to find out!