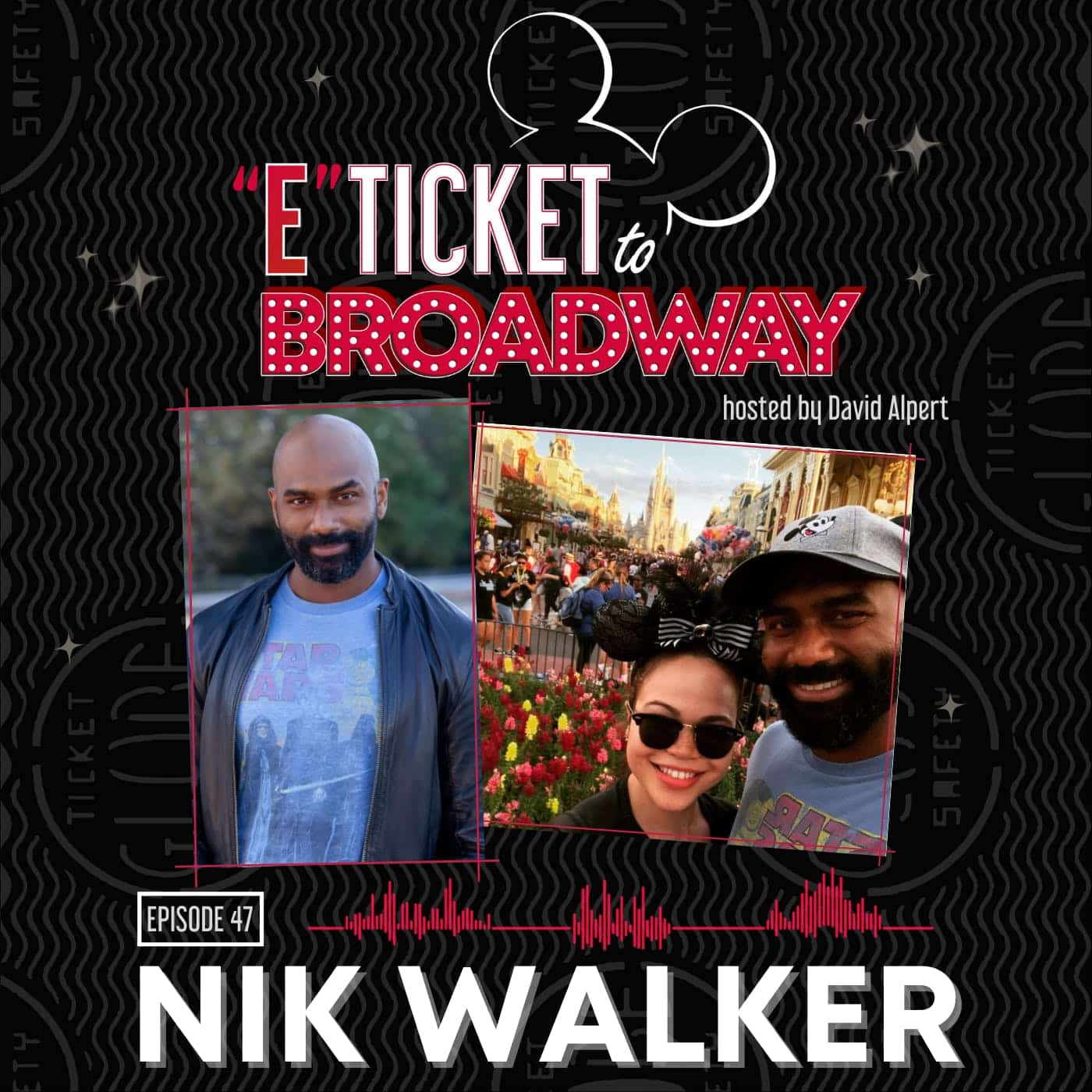 Nik Walker (Hamilton, Ain’t Too Proud) is a true Disney Parks fan, and shares everything from his favorite memories of going to the Parks, as well as his connection to the brand on this episode of “E-Ticket to Broadway.” As a young boy in Boston where he would watch all of the Disney animated classics (“Disney was my babysitter”) Nik discusses how he very early on was affected by the magic that was started by a Mouse. He recalls his early trips to the Parks–including a connection with Tom Sawyer’s Island, a stay at the Grand Floridian, as well as his first trip on The Indiana Jones Adventure at Disneyland (spoiler alert: it didn’t last too long)–and finding a sense of home that is incredibly welcoming, full of incredible smells and sounds. Nik reveals his strong admiration for Flight of Passage and Galaxy’s Edge, and shares a funny story of explaining The Haunted Mansion to his wife on a trip they took together to the Parks. He and David discuss Land v. World, and the joy that is taking non-believers to the Disney Parks and converting them. As such a devoted member of the different fandoms that are now included in the Disney umbrella–Star Wars, Marvel, and The Muppets–David asks about Nik’s favorite characters from each world, and together they play “Walt, Stan, George, or Jim,” a game in which David reads a quote and Nik guesses which visionary (Walt Disney, Stan Lee, George Lucas, or Jim Henson) said it. What’s on Nik Walker’s Disney bucket list? Listen to find out!