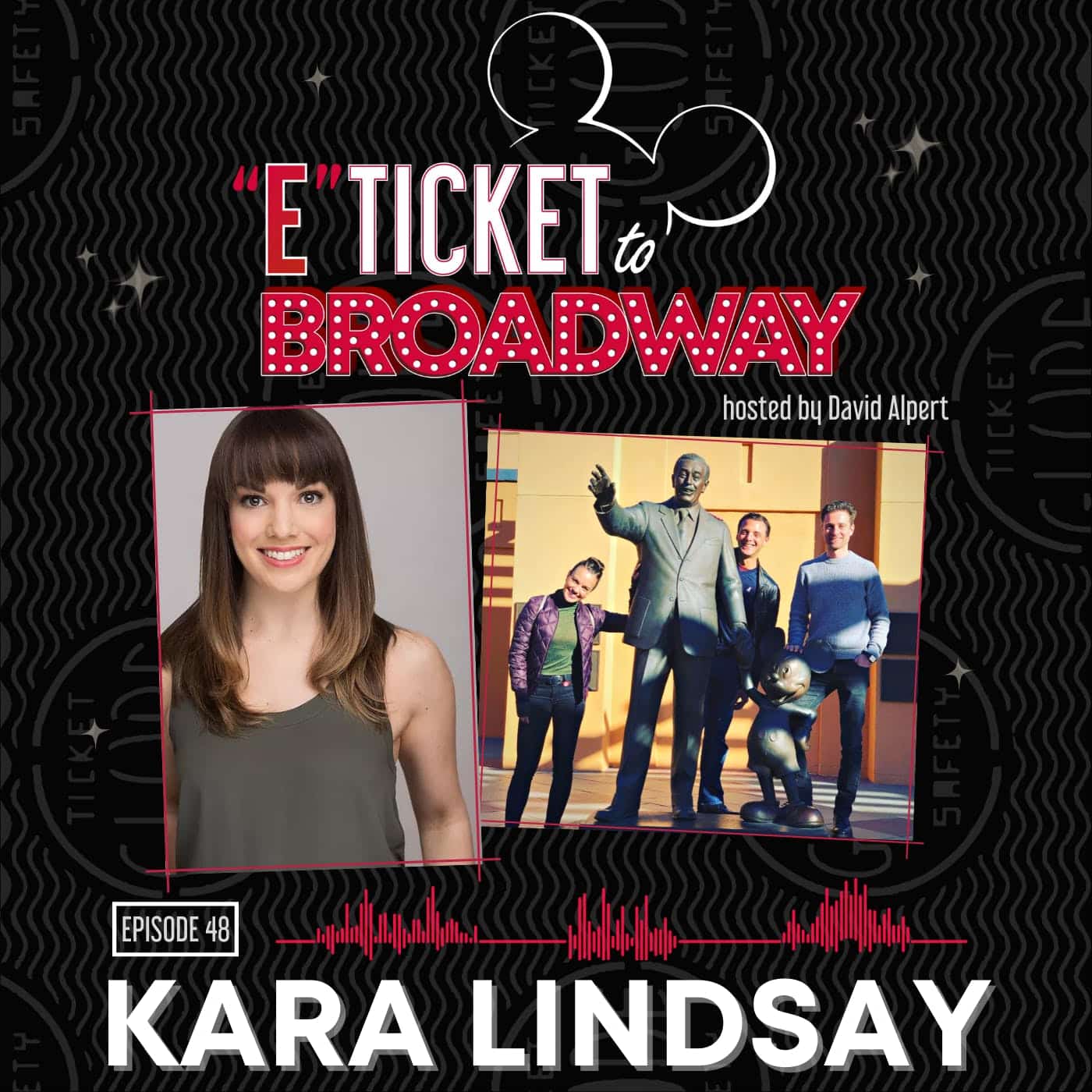 The one and only Kara Lindsay returns to “E-Ticket to Broadway” to share more of her love for Walt Disney World as well as the magical world of Disney. This beloved star of “Newsies,” “Wicked,” and “Beautiful” has been a true fan of Disney ever since she was a young girl in Rochester, New York, and continues to love Belle to this very day. From watching the animated films each Christmas, to her early trips to Walt Disney World, Kara discusses how deeply Disney impacted her, and how thrilling it was to walk through Minnie Mouse’s House in Toontown as a child.

During the episode she shares a lovely story about how she performed at the American Pavilion at EPCOT as a high school student with her Show Choir, and how she returned to that very same stage years later to star in the Festival of the Arts Concerts. Though still a fan of Minnie Mouse, the young-at-heart Kara reveals her love of “Flight of Passage,” “Soarin’,” “Rock ‘n’ Roller Coaster,” and the Pixar films, as well as what it was like to take her son Emerson to the Parks for his very first time (and meeting Mickey!).

Of course she and David chat all things “Newsies” on this episode of “E-Ticket to Broadway.” Listen as Kara discusses her experience of watching the film as a kid, her exciting (and nerve-wracking) audition process for the Broadway production (including doing scenes with Jeremy Jordan), creating the role of Katherine Plumber (and mastering “Watch What Happens” in rehearsals), and realizing that Katherine is the best Disney Princess she could have ever played.

Play along with “Watch What Happens OR Watch What Happened” where David shares a Disney Theme Park event, and Kara needs to determine if that event has already happened or will happen. What’s the one moment Kara wishes she could magically revisit onstage at the Nederlander during a performance of “Newsies”? Listen to find out!

This episode also features a chat with Jeffrey E. Epstein of the D23: Inside Disney Podcast.