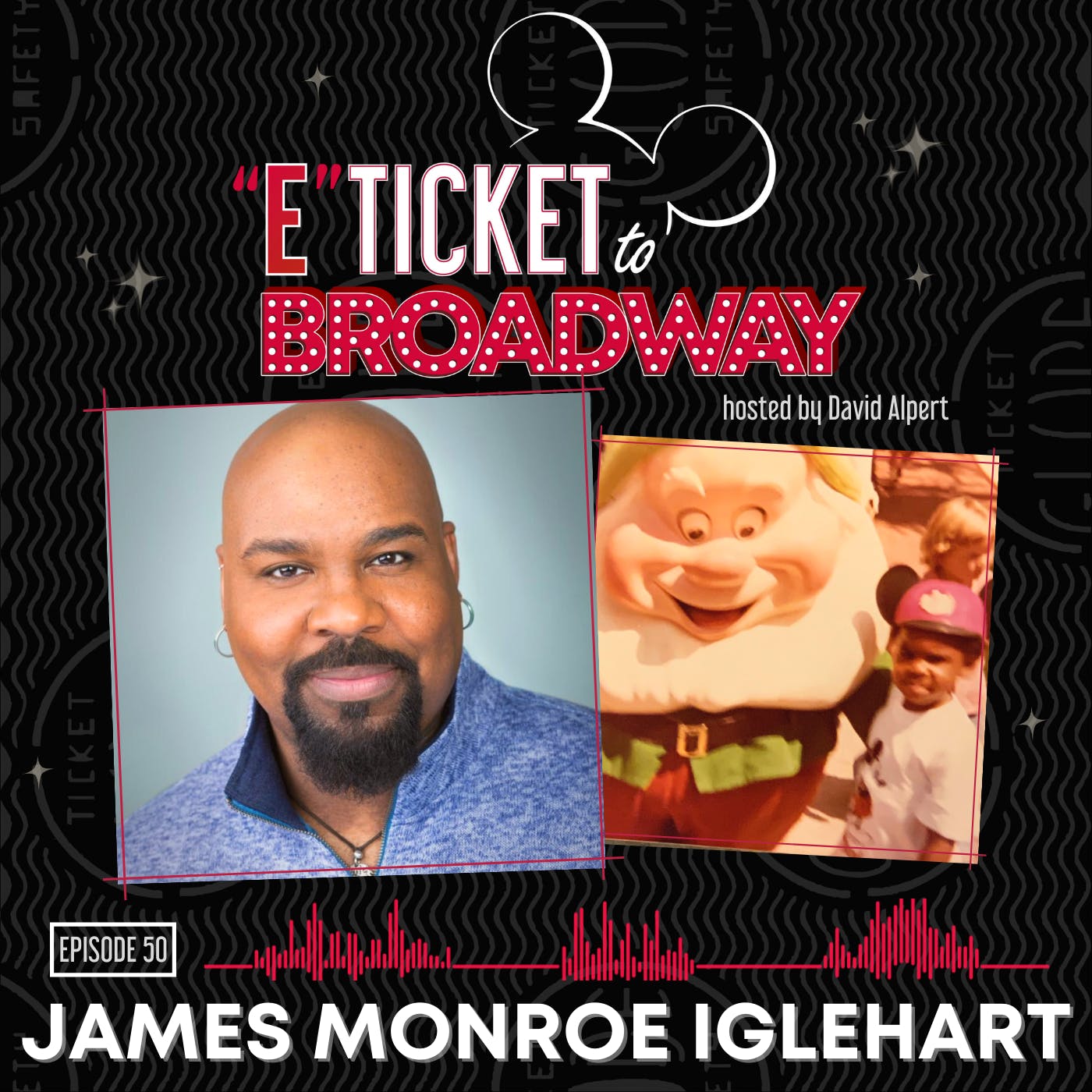 Your wishes have been granted, for the one and only James Monroe Iglehart (“Aladdin,” Hamilton”) joins David on this 50th episode of “E-Ticket to Broadway!” James is such a genuine fan of Disney and going to the Parks–he shares that the first time he heard “The Bear Necessities” he knew he had to go to Disneyland! Listen as James discusses what it was like to grow up in the same state as the OG Magic Kingdom, and the magical journey he took to visit the Park when he was “9 or 10” with his family–meeting the characters, going on the Matterhorn, Space Mountain (a family affair), and his first time experiencing what would become his favorite attraction: The Haunted Mansion.

Like so many former “E-Ticket” guests, James explores the moment he realized that the Parks meant something truly special for him–and in doing so shares his love for the Disney films ( “Alice in Wonderland,” “The Jungle Book,” “Robin Hood,” “Aladdin”), the characters ( Baloo, Captain Hook, Maleficent, The Muppets), and so many wonderful lines of dialogue from the catalogue. Listen as James details what he loves about Walt Disney World and Disneyland, and what his dream job at the Parks would be.

James and David chat about James’ Tony Award-winning performance in “Aladdin,” specifically his experience during Opening Night on Broadway, and how Robin Williams influenced his performance, and together they play “I’m Your Maitre D for Disney” where James has to determine where one can locate Disney dishes in the Parks. What hat does James wear at the park? Listen to find out!