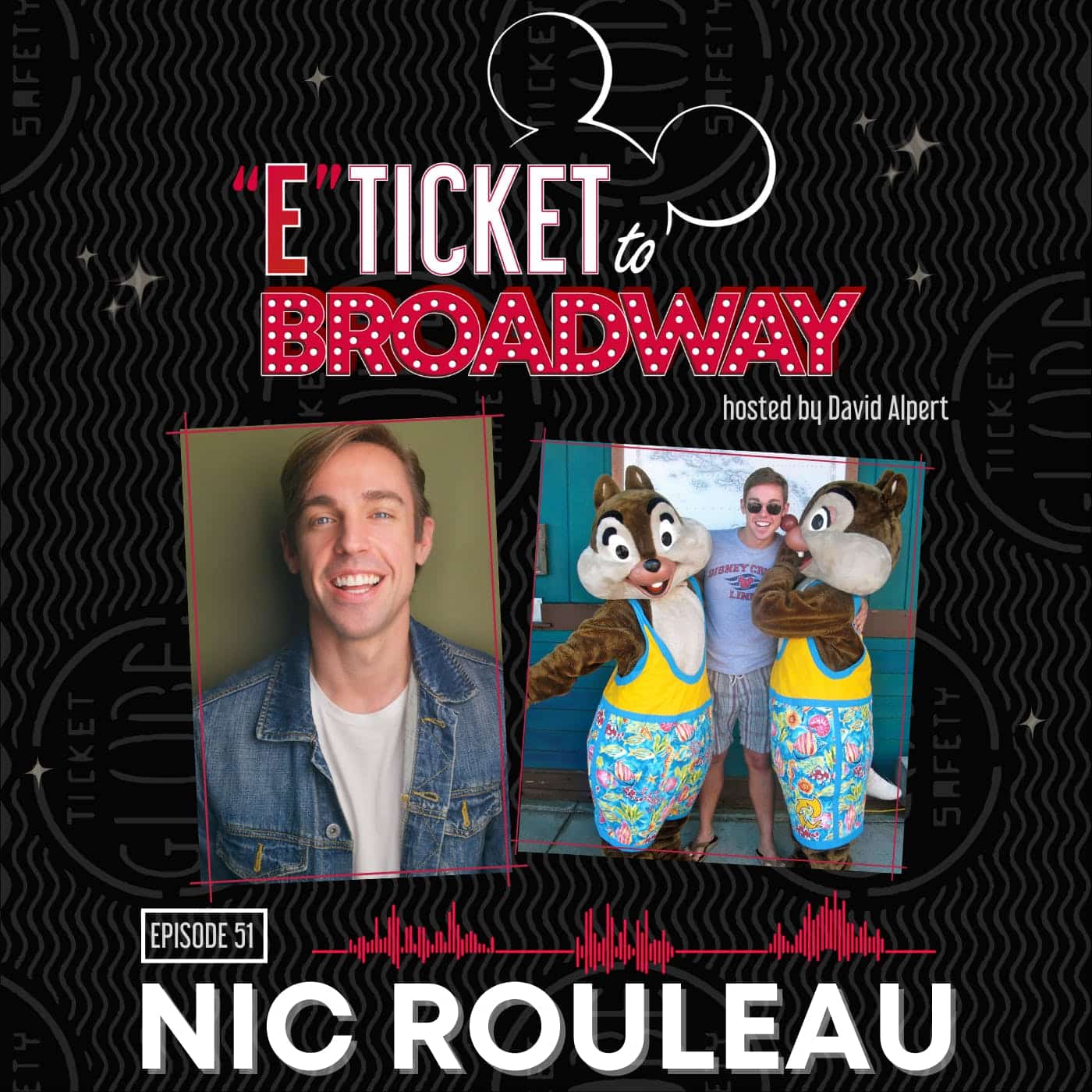 The wonderful Nic Rouleau, Broadway’s record-setting Elder Price in The Book of Mormon, joins David on this episode to share his love of the magical world of Disney. Nic is a true Disney fan–he shares that it was the music from the Disney movies that truly was his gateway into loving the brand–and discusses how watching “The Little Mermaid,” “Hercules,” and, his favorite “A Goofy Movie” as a kid cemented his love for the Mouse. As a California native, Nic visited Disneyland in his youth, but when he was around 10 years old he visited Walt Disney World for the first time and it was a game-changer. He and David discuss the coincidence of playing a role on Broadway that is equally obsessed with the Orlando Park, and why the Parks are such a magical place to visit. Nic shares his experience of playing Woody from “Toy Story” on The Disney Cruise Line, a character he loved, and continues to love–and how he was introduced to Pin Trading while at sea–while also being “friends” with Prince Phillip. Listen as Nic discusses a perfect day at Walt Disney World, as well as his love for Chip & Dale, Marie from “The Aristocats,” Space Mountain, “Pete’s Dragon,” and Expedition Everest. After Nic reveals a traumatic experience he had once at the Disneyland Resort, he and David play “Two by Two: Disney Edition,” a game where David gives a clue referring to a famous pair of Disney characters, and Nic has to identify them. What does Nic refuse to eat at a Disney Theme Park? Listen to this episode of “E-Ticket to Broadway” to find out!