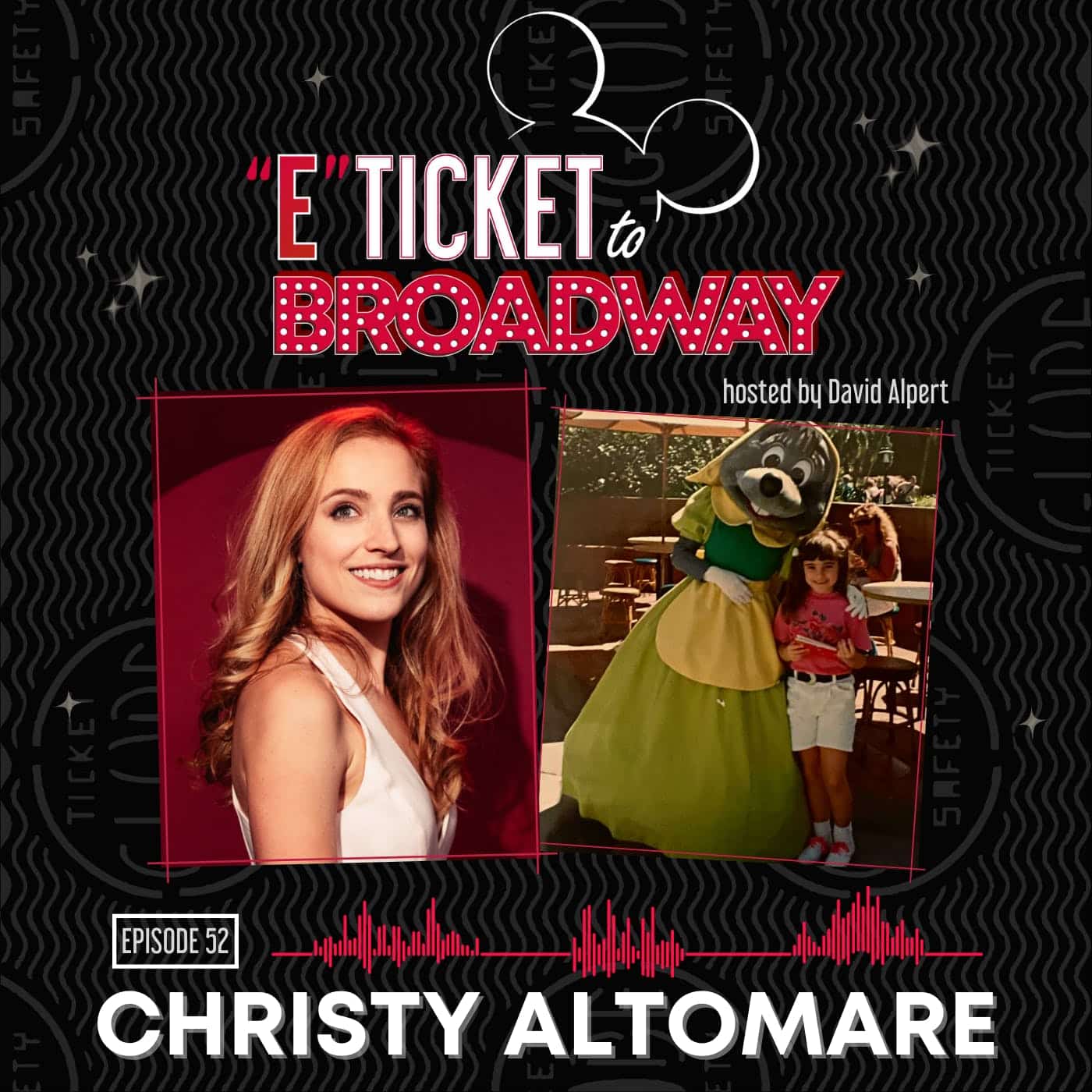 Christy Altomare, the star of “Anastasia,” “Mamma Mia,” and “Spring Awakening” joins David to share her love of the Disney Theme Parks!

Christy has held onto a wonderful photo souvenir book from her first trip to Walt Disney World which she discusses with David–specifically how she was “enthralled and excited and dancing the hip hop” as she visited Mickey Mouse’s home, met Goofy (and got his autograph!), and experienced the Swiss Family Treehouse (which she loved). Christy reflects upon how magical it is to visit the Disney Parks, and shares some great insight into why musical theatre fans are also fans of the Mouse. Christy shares how she has always been a Disney kid–from watching the movies and putting on shows for her family, to having Disney Birthdays–as many of the Disney films were released around her birthday in June–which would lead to merchandise and immediately learning all of the songs around her birthday.

Now a “young at heart,” Christy still holds the magic of Disney close to her heart. She is a big fan of “The Nightmare Before Christmas” and especially the overlay at Disneyland’s Haunted Mansion (“I definitely got through The Haunted Mansion as a kid, but I thrived at it as I got older.”), and reflects upon her love of Ariel, Pocahontas, and Peter Pan’s Flight. Christy shares her visit to the inside of Cinderella Castle while on tour with “Spring Awakening,” and how she refers to a certain Pixar movie when teaching acting. As the “Anastasia” film is now owned by Disney, Christy and David discuss what a Fantasyland Dark Ride would look like for this Russian princess–before they play “Once Upon a Disney December” in which David asks trivia based on events in Disney history that took place in December.

To find out who Christy thinks would have the most fun at a Disney Theme Park: Anya, Wendla Bergmann, or Sophie Sheridan; or to learn more about the “Goofy Gummy Cheeseburger,” listen to this episode of “E-Ticket to Broadway”!