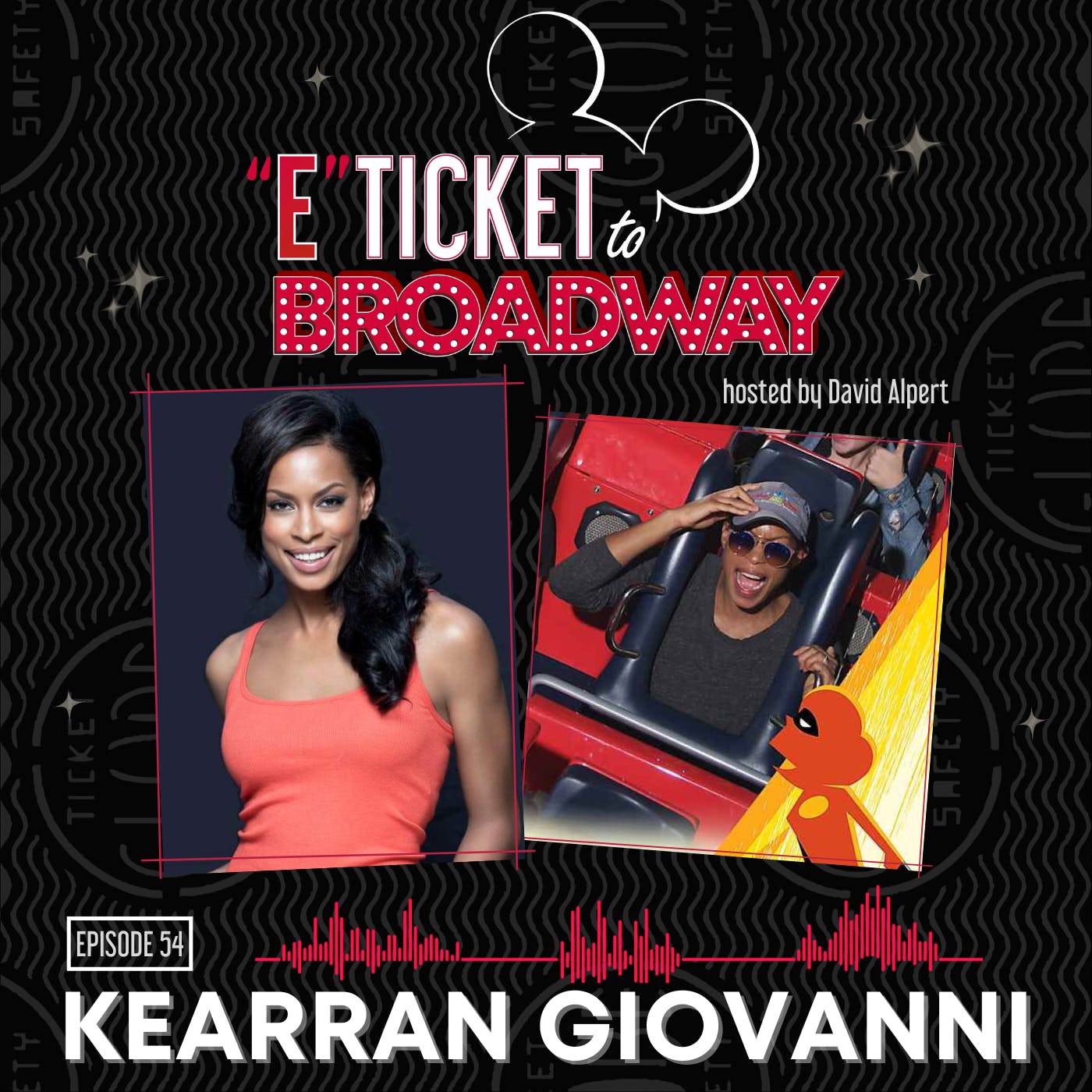 Broadway superstar Kearran Giovanni (“Catch Me if You Can,” “Tarzan,” TV’s “Major Crimes”) joins pal David to share her love of Disney and the Theme Parks! From loving the films as a kid (specifially “The Little Mermaid”) to starring as Belle in her own roller-skating version of “Beauty and the Beast,” Kearran’s passion for the mouse runs deep. Listen as she recalls her first visits to both Walt Disney World (not until college) and Disneyland (not until she moved to LA), and how once she finally arrived at the Parks she “found her people.” In fact, when she moved to LA ten years ago with her family, her plan was simple: move, settle into the new house, and then go to Disneyland. (We support.) Bringing her kids to Disney has been a treat, and Kearran shares that watching her kids right the Teacups for the first time is a core memory. It take a very dedicated Disney fan to have a specific outfit when going to the Parks, and this is true for Kearran–her Disney uniform always includes a “Little Mermaid” shirt, and when visiting the Parks she loves the Jungle Cruise, the Matterhorn, the Incredicoaster, Big Thunder Mountain Railroad, and needs a Dole Whip moment in California Adventure, and loves the popcorn, especially the different colored-popcorns in Fantasyland! Kearran has some fun stories from performing in both “The Lion King” and “Tarzan” to share (like rehearsing with Phil Collins), and plays “Kearran’s Disney World” which is a series of trivia questions tied to her Broadway resume. This “Aristocats”-loving star is also a huge fan of Disney pins and all of the special memories tied to each pin, and shares some of her favorites on the episode. Warning: “What if Mickey Mouse sang ‘Big Spender’?” is something that is said on this episode.