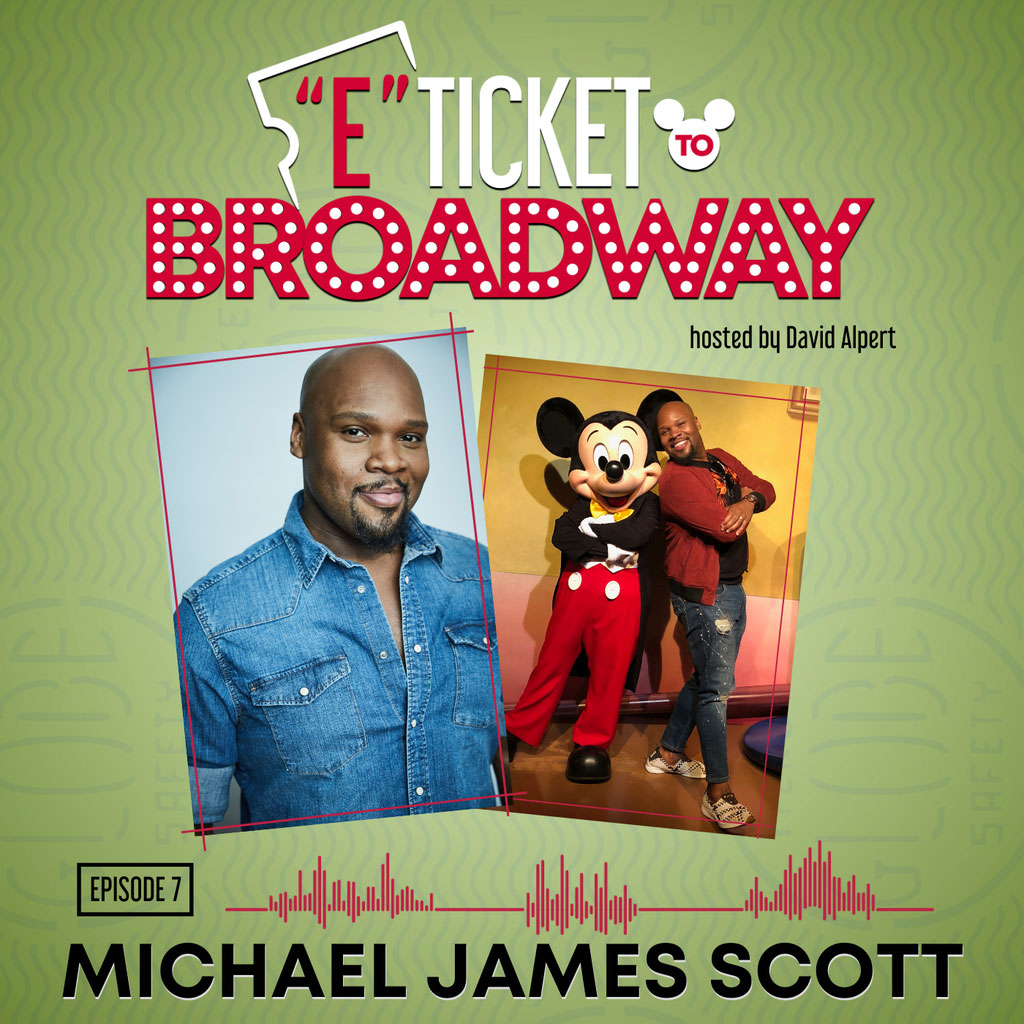 Michael James Scott has been a Disney star his whole life–from appearing in an EPCOT commercial at the age of 11; to performing in shows and parades at Walt Disney World as a young adult; to starring as the Genie in Aladdin on Broadway, on the North American Tour, on the West End, and in Australia. Listen as Michael dreams up his own Disney cabaret, plays “A Whole New Disney World,” and shares his love of Turkey Legs.