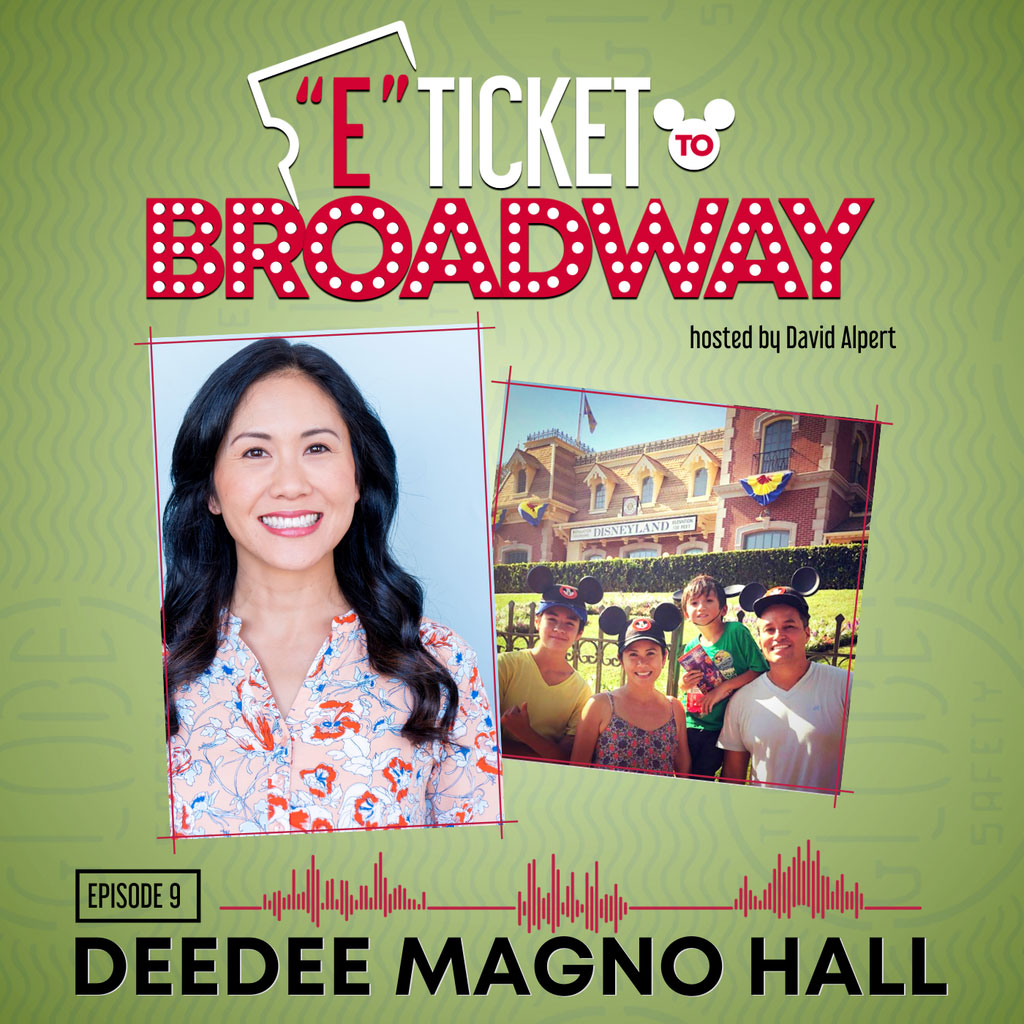 It may as well be Tuesday, because it’s GUEST DAY on “E-Ticket to Broadway” with Mousketeer & Broadway Star Deedee Magno Hall! Tune in as Mickey Mouse Club Member Deedee (‘Pearl’ in Cartoon Network’s “Steven Universe,” Miss Saigon, Wicked, If/Then, “Sister Act 2: Back in the Habit”) shares what it was like being a young star on the Disney Channel, her journey as the original Jasmine in “Disney’s Aladdin: A Musical Spectacular” at Disney California Adventure, and her love of “Pirates of the Caribbean” and “Soarin’ Over California.” #TakeOffYourRobes