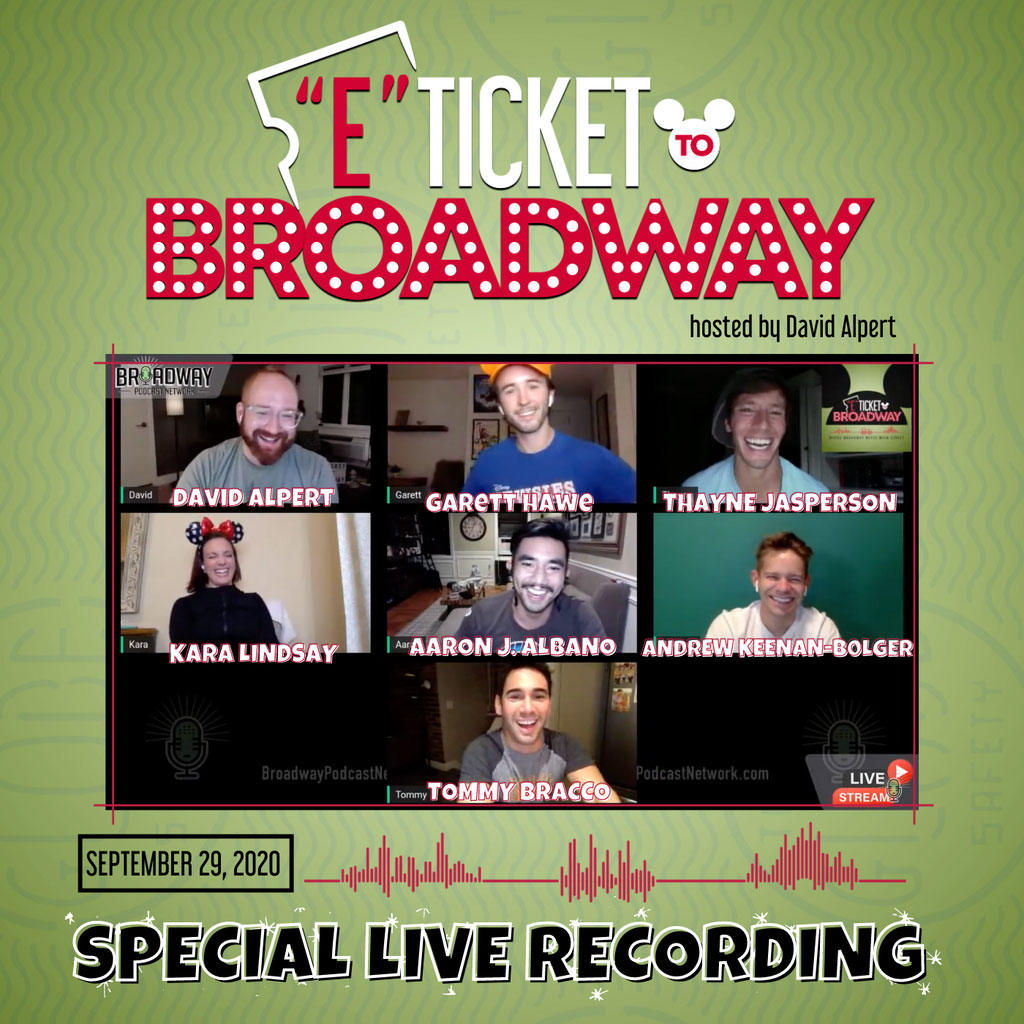 Recorded LIVE on September 29, 2020. Now is the time to seize the day! Join for a special Newsies Edition of this “Extra Magic Hour” of “E-Ticket to Broadway” as part of the Broadway Podcast Network’s Special Live events. Hosted by David Alpert, original Broadway Cast Members of Newsies Aaron Albano, Andrew Keenan-Bolger, Tommy Bracco, Garett Hawe, Kara Lindsay, & Thayne Jasperson joined this live event, and chatted Disney Parks, shared memories, and played games. The event also served as a fundraiser for Gilana’s Fund. The full video is available on the “E-Ticket to Broadway” website.