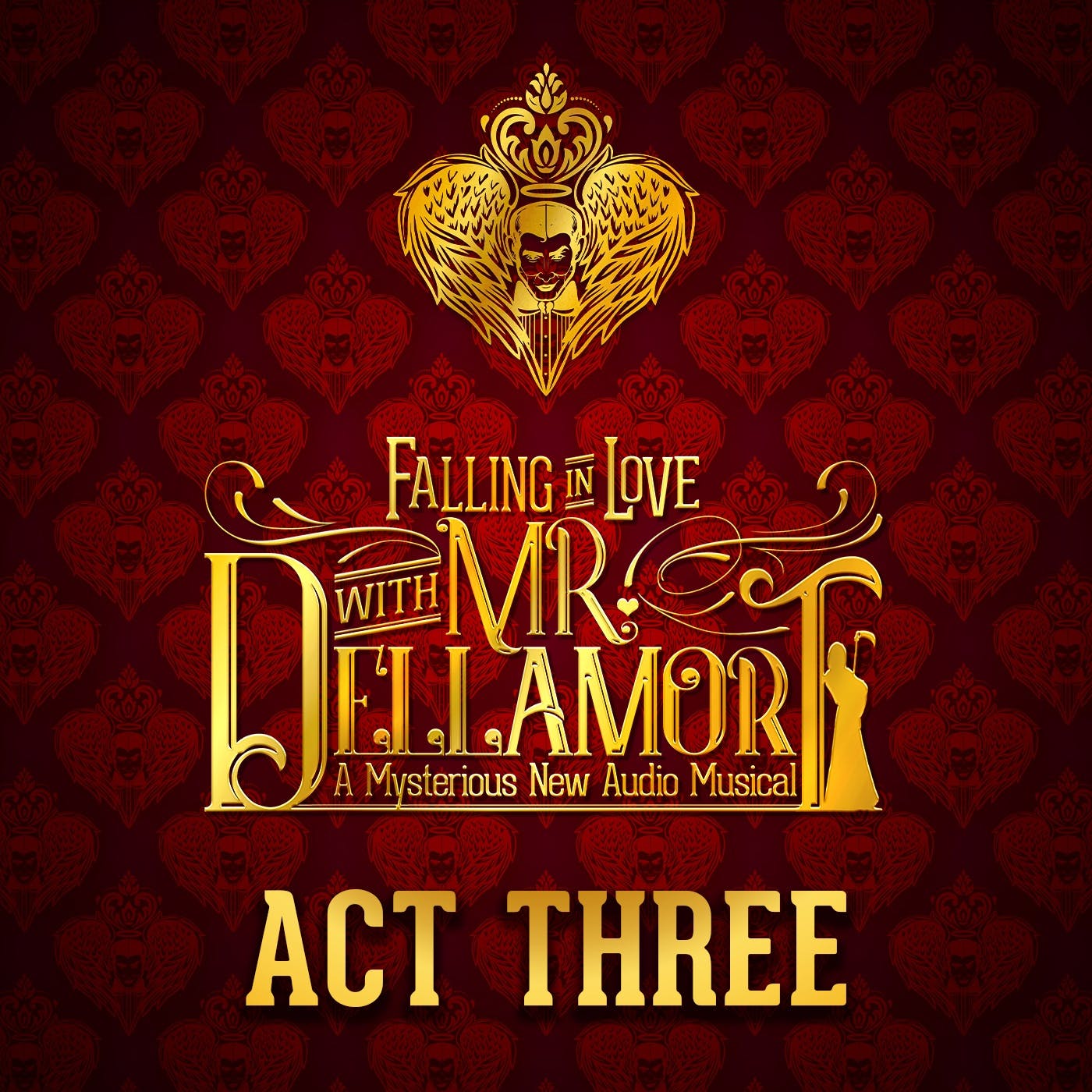 The next day arrives and Mina (Jackie Hoffman), Barry (Telly Leung) and Rhonda (Lena Hall) all seem to be mysteriously deteriorating in health. To be “expected” it seems. Mr. Dellamort (James Monroe Iglehart) – in a moment of desperation to win affections of Sue (Courtney Reed) – confesses his dark secret to her. She immediately tries to leave the premises but now that he’s in love with her, Mr. Dellamort does everything he can to have her stay. She is not having it and in fact tries to warn the others, but they won’t listen. They are under Mr. Dellamort’s powerful love spell. New Year’s Eve is coming up and they are determined to stay for the party. Sue realizes she might be in too deep: she’s also may be falling under the same spell and falling in love with Mr. Dellamort. And that’s fatal! But all is not as it seems! At the New Year’s Eve Party, Sue appears, stunning in red velvet, and left alone the mood seems to become romantic. Sues ask, “Fall in love with you and die. Fall out of love with you and live. So where does that leave me?”

It’s now almost midnight on New Year’s Eve. What’s to become of Sue and Mr. Dellamort? Can they be together, or is unrequited love really the only love that lasts? Listen – and you will find out!