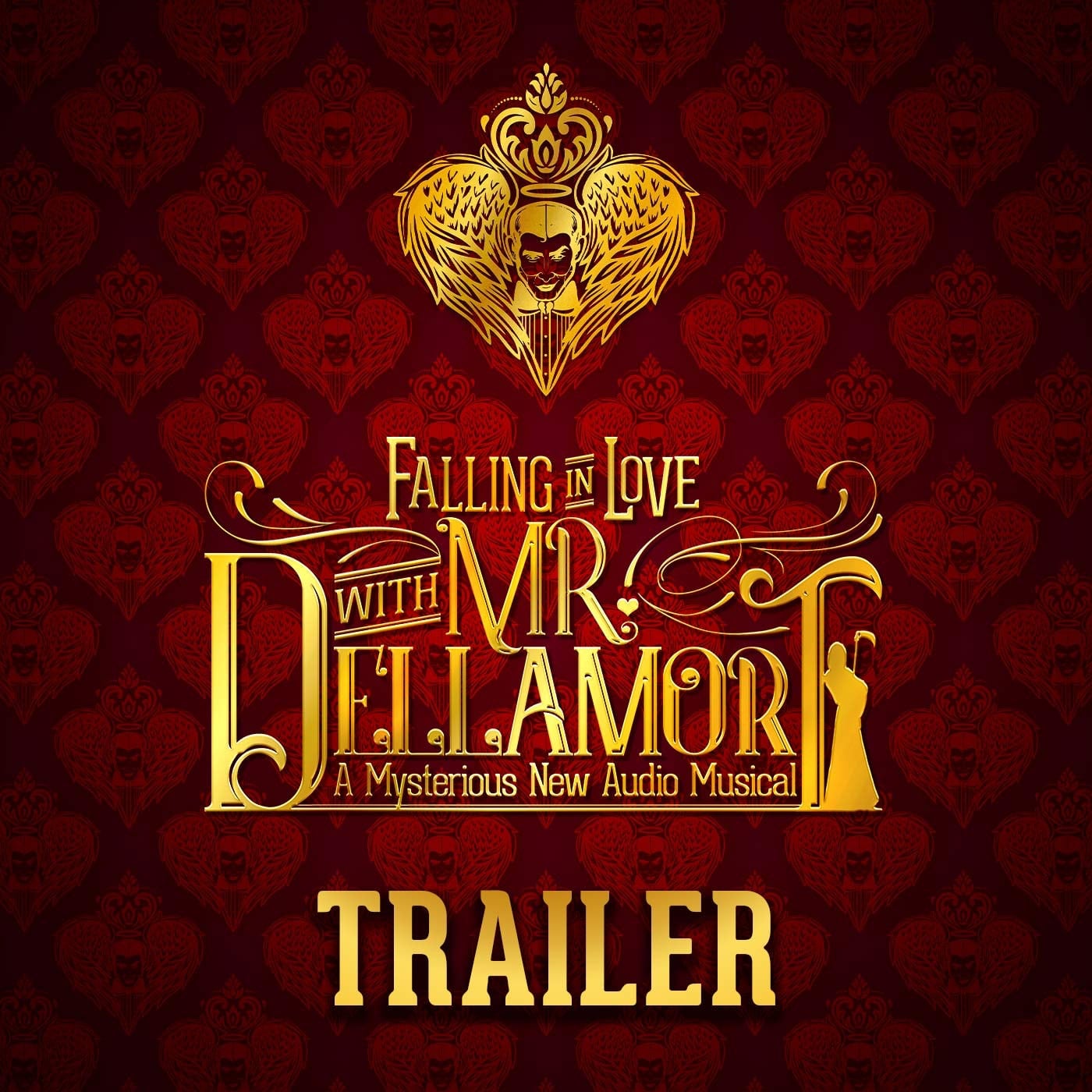 Welcome to Maison Dellamort. I see you have your invitation… Welcome in… and prepare yourself for the trailer of FALLING IN LOVE WITH MR. DELLAMORT.

In this mysterious new audio musical, three lost souls receive an unexpected invitation to spend New Year’s Eve at Maison Dellamort: a remote South Carolina guest house with a peculiar yet magnetic host. With its original take on classic themes of unrequited love, mortality and deception, and featuring a stunning cast of Broadway’s most beloved stars, this distinctive audio experience will transport listeners into a world laced with the iconic theremin, Foley-style effects, and an original pop score.

Falling in Love With Mr. Dellamort

The Falling in Love With Mr. Dellamort Band includes:

Featuring Dorit Chrysler on the theremin.