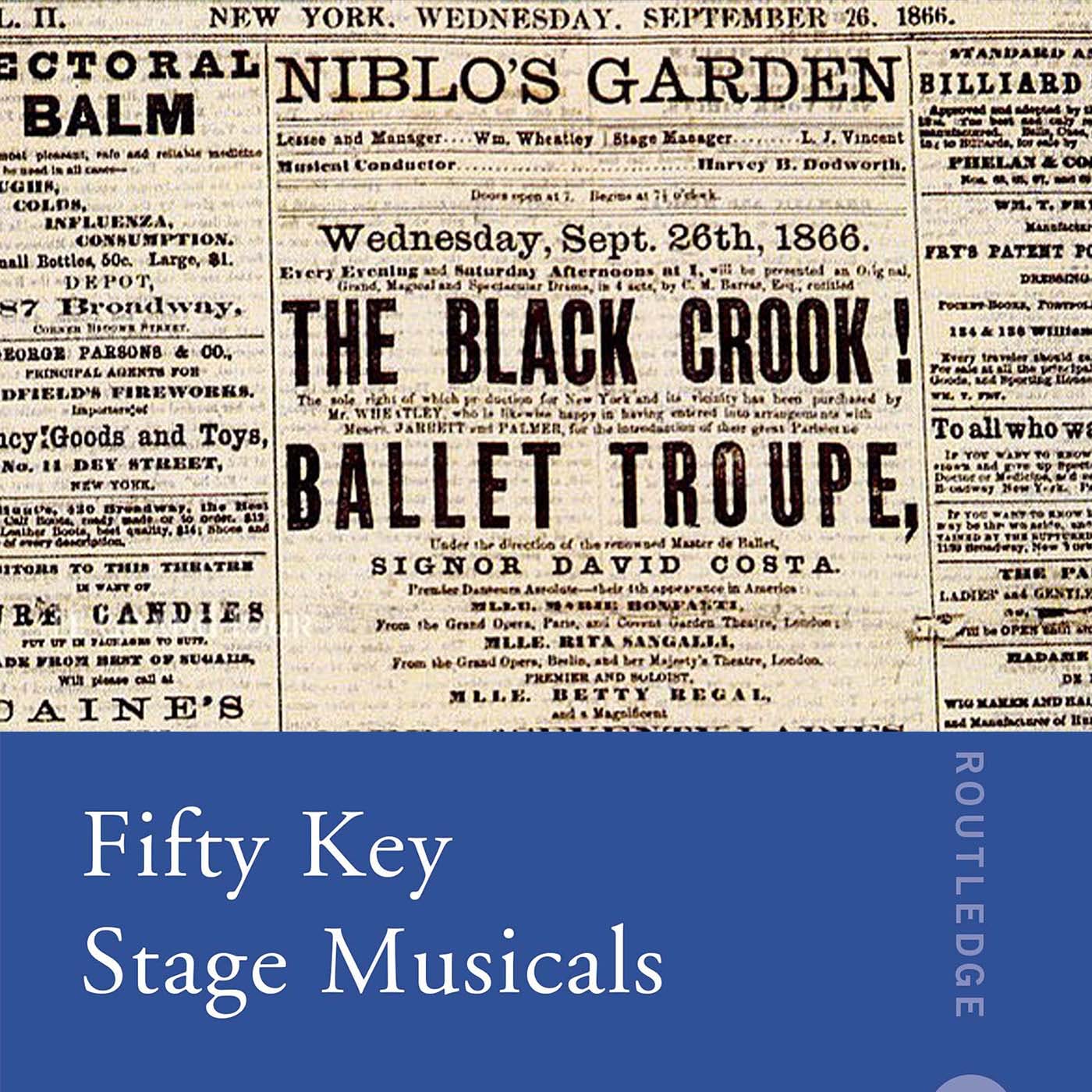 The duplicitous Count Wolfenstein has his eyes on the beautiful Amina but she is betrothed to Rodolphe. In order to have Amina all for himself, The Count has Hertzog, a black magic sorcerer who has achieved eternal life by bringing a fresh soul to the Devil every year, take Rodolphe as the annual sacrifice. When Stalacta, The Fairy Queen of the Golden Realm, meets Rodolphe she is determined to bring the young lovers back together and to defeat Wolfenstein and Hertzog.

Though neither the first American fusion of storytelling and music nor a particular artistic triumph, Professor Sebastian Trainor examines The Black Crook’s position as the first commercially successful piece of musical theatre to take New York by storm. A serendipitous fusion between an unproduced Faustian melodrama and a mechanical spectacle purchased in Europe lead to a crowd-pleasing sensation. Marketing which emphasized the cost of the imported spectacle and denouncements of the scantily clad dancers created a frenzied box office rush which made the show profitable in groundbreaking ways. The chapter examines the ways The Black Crook established a standard for spectacle on Broadway, absorbed the sex appeal which would become common in later productions, and set a business model for profitable musical theatre in America.

Sebastian Trainor is an Assistant Professor of Theatre History at the Pennsylvania State University. As a scholar he investigates charismatic-but-suspicious theatre-historical anecdotes, with an eye toward re-narrating them in more truthful contexts. His essays have appeared in Text & Presentation, Theatre Symposium, The Journal of American Drama and Theatre, and various edited collections.

Toll, Robert C. On with the Show: The First Century of Show Business in America. Oxford University Press. 1976.

Whitton, Joseph. The Naked Truth! The Inside Story of the Black Crook. 1897.