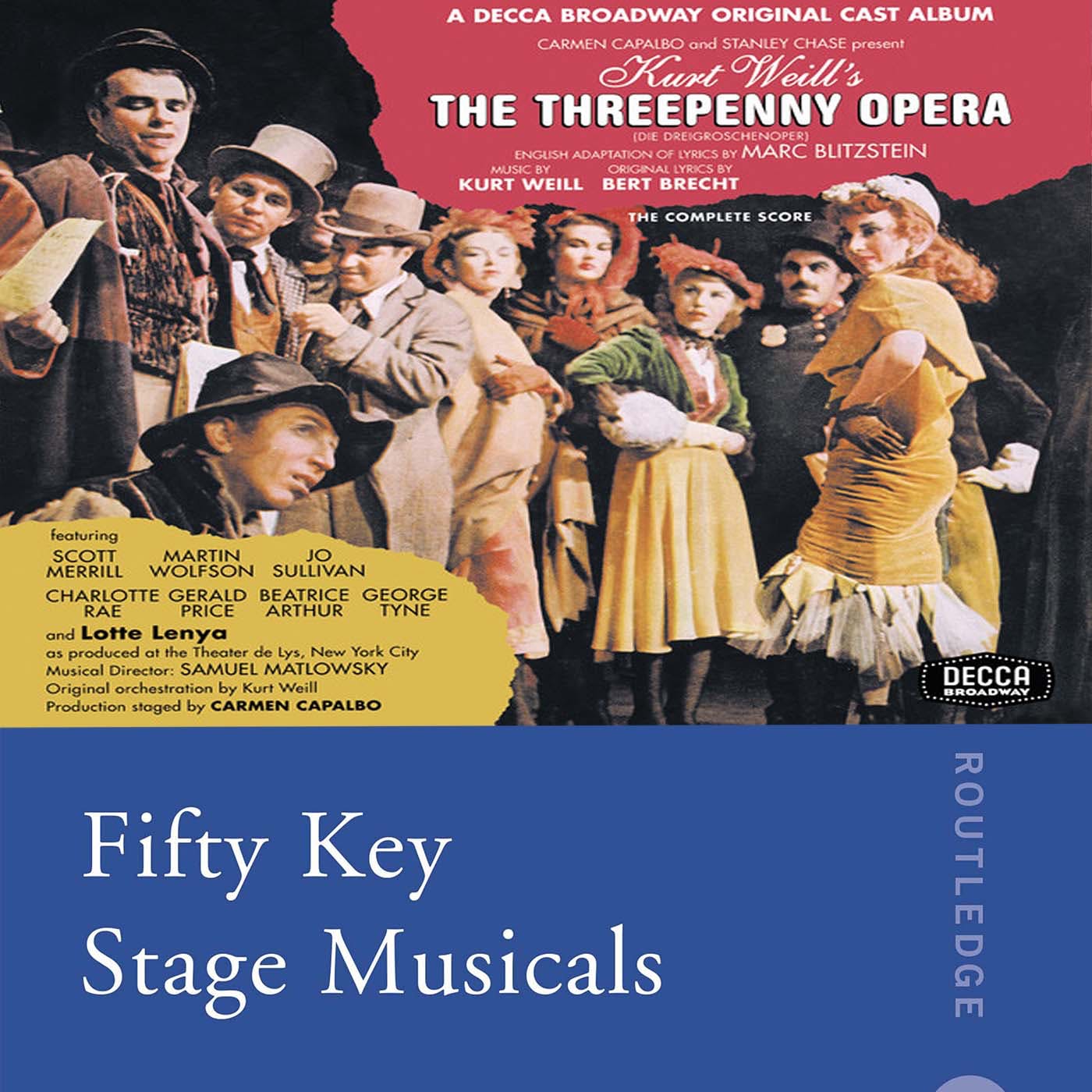 SYNOPSIS: Polly Peachum marries the infamous robber Mack the Knife, much to the chagrin of her parents. In order to end the marriage, her parents and various citizens of the morally bankrupt town concoct a plan to have Mack The Knife arrested and executed.

A play with music by dramatist Bertolt Brecht and composer Kurt Weill, The Threepenny Opera is significant as a German political satire which has since become popular in the United States. Brecht’s theatrical theories have had huge significance on the way theatre is presented globally and Weill’s cabaret score influenced later American composers such as Kander and Ebb. Several songs from the show have become popular standards since its premiere. Today, it is best known for kicking off “the off-Broadway” musical, a musical that performs in more intimate spaces and offers more experimental, as opposed to commercial, work. Lauren Mack traces how the musical made its way to the United States, the political and social climate that welcomed it, and how audiences were trained to expand their definition of what defines a theatrical space.

Lauren T. Mack (they/them) is a NYC-based actor & writer. Lauren has appeared onstage in NYC at the York Theatre, NY Fringe Festival, IRT, the PIT, and on stages throughout the US & France. Lauren’s voiceover work ranges from Ford Motors to audioplay meditations with Fullmetal Workshop. Lauren also produces award-winning indies such as CAT PLANET (2017 TFF: Best Web Series), and recently appeared in VELOUR (2020 Official Selection, QueerX FF). They teach acting, speech, and voice/movement at New York Film Academy, Trinity College, as well as throughout India and France. Proud member of Actor’s Equity and a Key with Ring of Keys. LaurenTMack.com

The Threepenny Opera by Bertolt Brecht, published by Methuen Drama (2015)