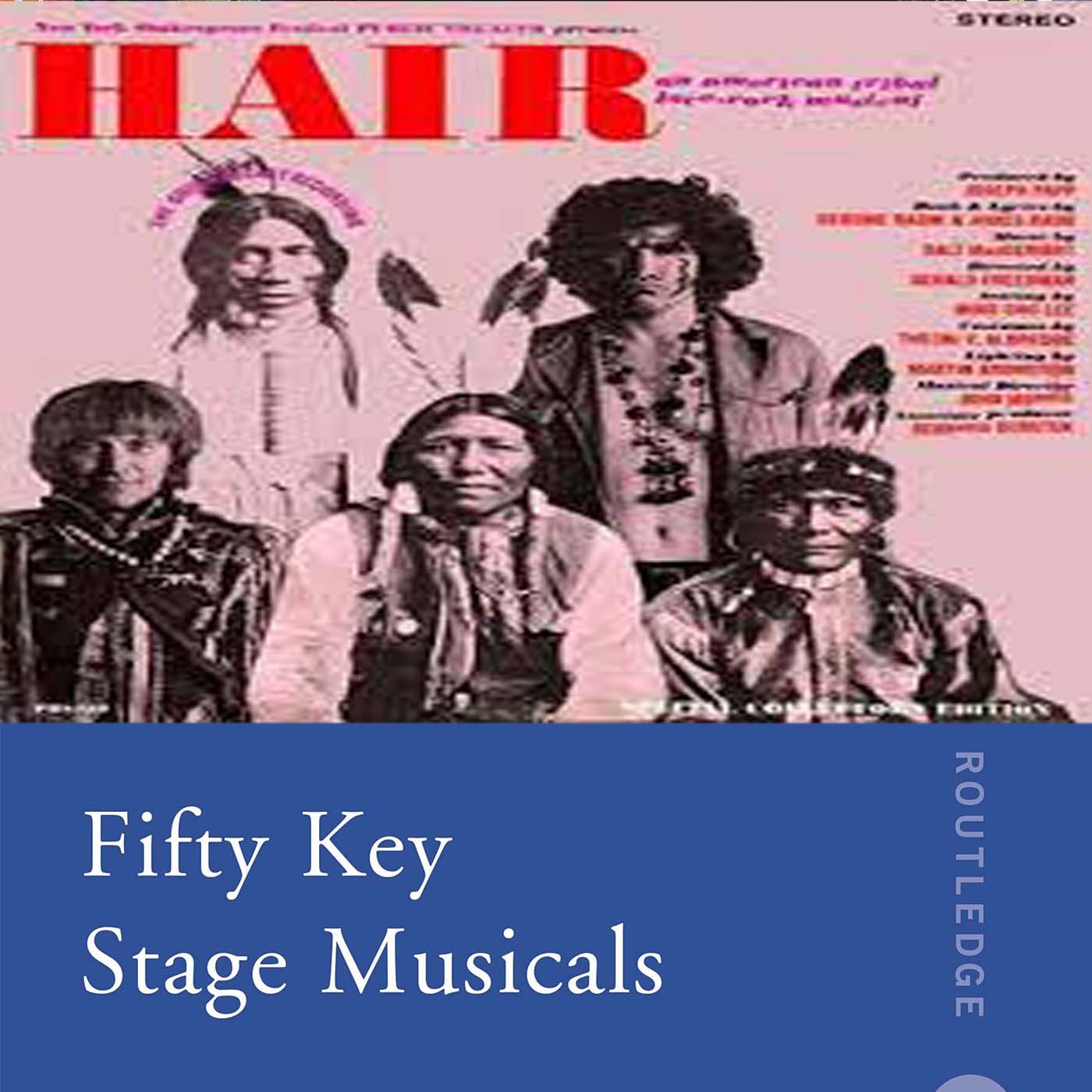 SYNOPSIS: Claude, a young American, is called to serve in the United States army to fight the Vietnam War and questions whether he will go and fight for a war he sees as unjust, or flee the country and become a fugitive of the law.

A commentary on American hippie counterculture of the late 1960s, Hair established a new genre of rock musicals and broke ground in its portrayals of sex, sexuality, nudity, and drug use. Several of the songs from the show became chart-topping anthems. James Rado and Jerome Ragni’s musical’s opening at the Public Theatre allowed its controversial form and content to prove their marketability before a more mainstream Broadway run. Elizabeth Lara Wollman explores how Joseph Papp fostered the show and how his relinquishing of the rights altered his idea about commercial musicals, the staging of Gerald Freeman versus Tom O’Horgan, and why the musical became a red herring in the development of rock musicals.

Elizabeth L. Wollman (Ph.D in Ethnomusicology, The Graduate Center, CUNY) is a professor of music at Baruch College, CUNY. Her research and teaching interests include the stage musical, the commercial theater industry, canonicity, historiography, failure, sexuality and gender, and the cultural history of New York City. She has published articles on the relationship between gender stereotypes and rock radio programming, the impact of the economy on the development of the Broadway musical, the critical and commercial reception of rock musicals, and New York’s theater scene in the 1960s and 1970s. She is the author of The Theater Will Rock: A History of the Rock Musical, From Hair to Hedwig (University of Michigan Press, 2006), Hard Times: The Adult Musical in 1970s New York City (Oxford University Press, 2012) and A Critical Companion to the American Stage Musical (Bloomsbury/Methuen Drama, 2017). With Jessica Sternfeld she was co-editor of The Routledge Companion to the Contemporary Musical (2020) and is currently co-editor of the journal Studies in Musical Theatre.

The Age of Hair: Evolution and Impact of Broadway’s First Rock Musical by Barbara L Horn, published by Praeger (1991)

The Theatre Will Rock: A History of the Rock Musical, from Hair to Hedwig by Elizabeth Lara Wollman, published by University of Michigan Press (2009)

Let The Sun Shine In: The Genius of Hair by Scott Miller, published by Heinemann Drama (2003)