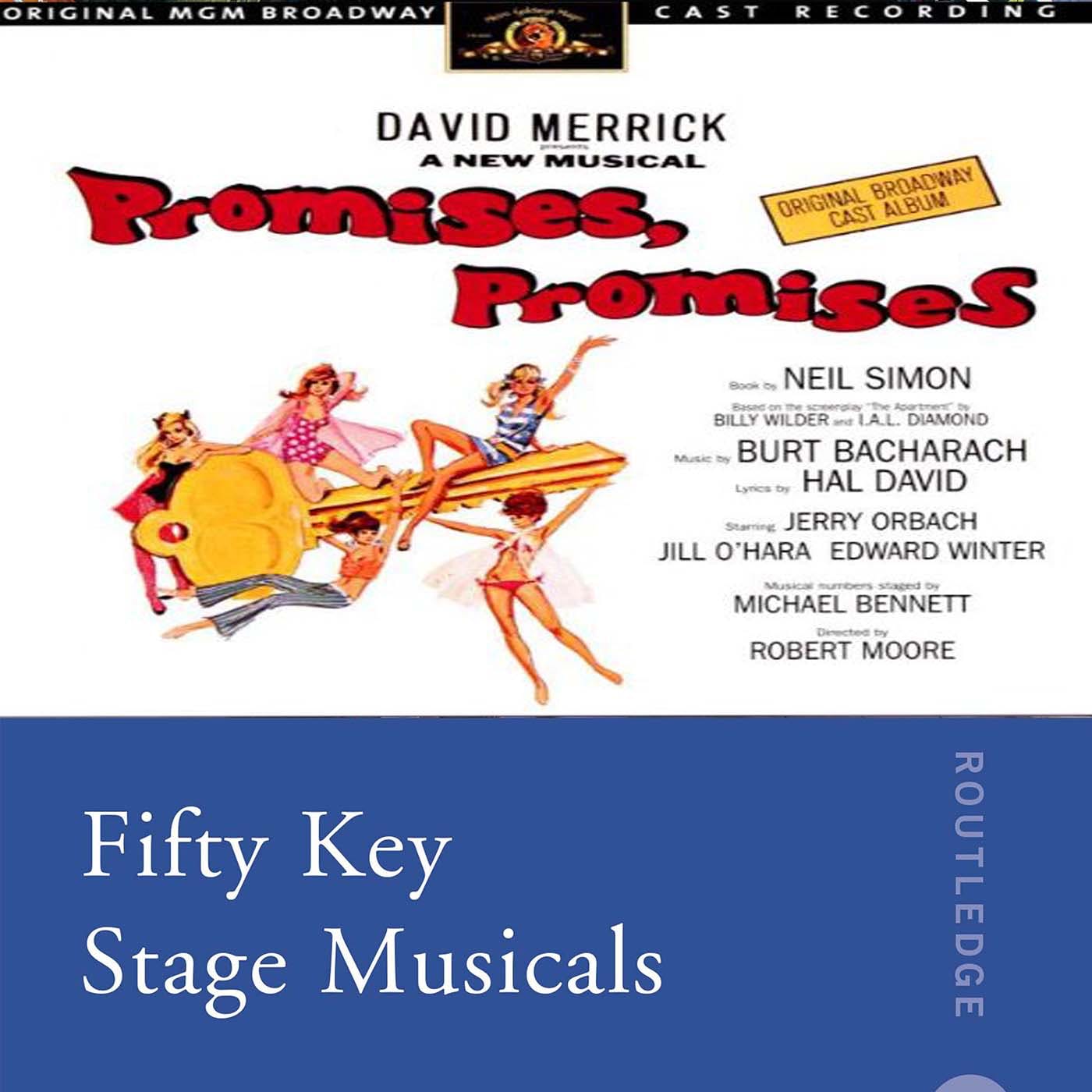 SYNOPSIS: CC Baxter is a young worker who is climbing the corporate ladder by lending out his apartment to married executives so they can have extramarital affairs without paying for a hotel. Baxter’s conscience gets the better of him when his boss, Sheldrake, uses the apartment for himself and his mistress, Fran, the object of Baxter’s affections.

David Spencer outlines the evolution of cohesive orchestrations which carried through the scores of Broadway musicals, examining the significance of the sound composer Burt Bacharach and lyricist Hal David lent to the musical Promises, Promises. Orchestrator Jonathan Tunick mimicked the sound of the team’s pop hits and rendered a score with songs which were uniquely “liftable” and could stand on their own, free from context. Tunick’s recording sensibilities led him to a prosperous career in which he redefined a pop music sound for Broadway musicals.

DAVID SPENCER is an award-winning musical dramatist, author, critic and musical theatre teacher. As lyricist-librettist: two musicals with composer Alan Menken: The Apprenticeship of Duddy Kravitz (Ghostlight Records); Weird Romance (Columbia Masterworks, co-librettist: Alan Brennert); and the acclaimed colloquial English adaptation of La Bohème for the Public Theatre. As composer-lyricist-orchestrator: Theatreworks/USA’s YA versions of The Phantom of the Opera and Les Misérables (librettist-director for both: Rob Barron). As author: The Musical Theatre Writer’s Survival Guide (Heinemann); Alien Nation: Passing Fancy, an original novel based on the TV series (Pocket). A 20 year veteran of the teaching faculty of the BMI-Lehman Engel Musical Theatre Workshop, he has also taught at HB Studio, Workshop Studio Theatre plus venues in and around London.