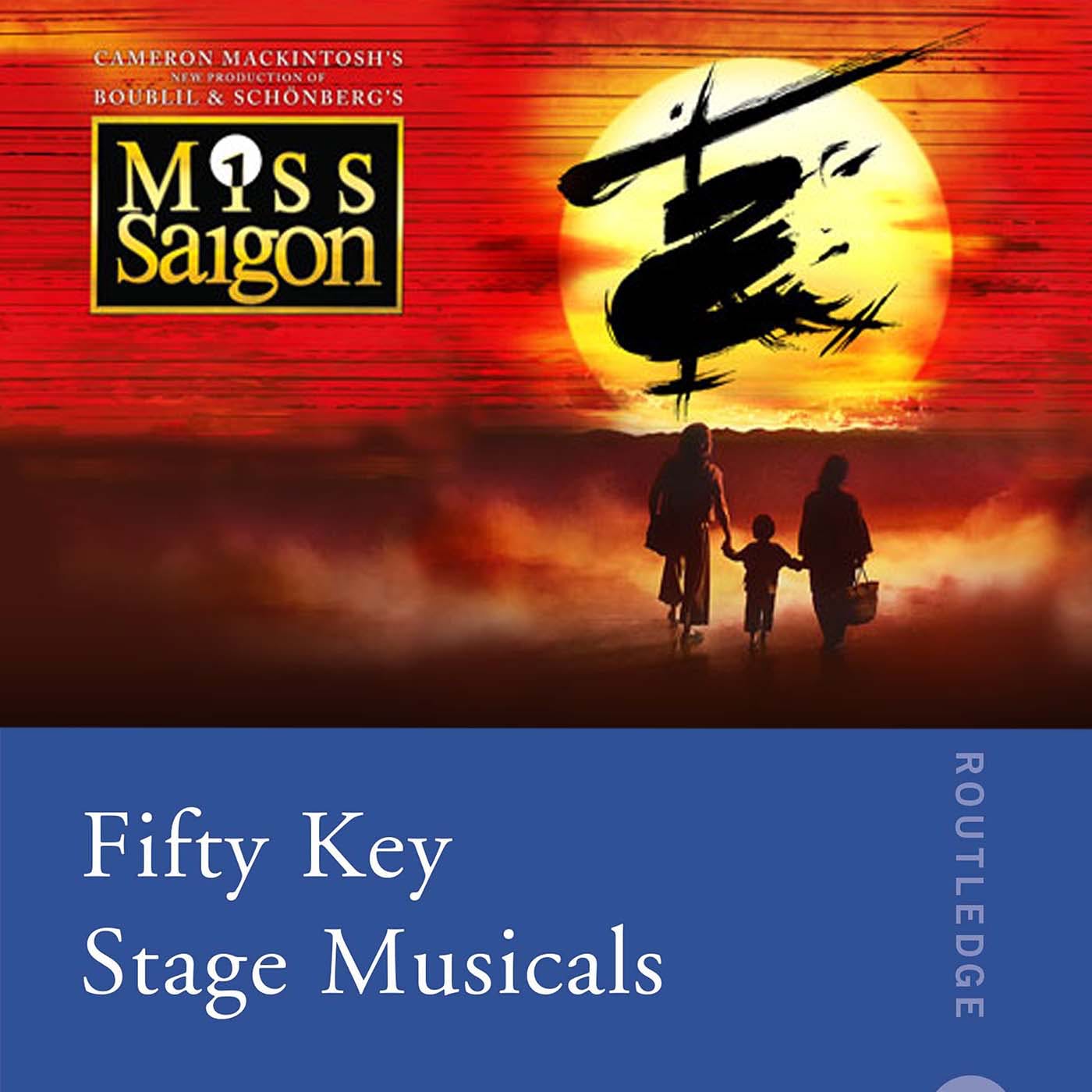 SYNOPSIS: In war torn Saigon, Chris, an American soldier, meets Kim, a sex worker lorded over by The Engineer, and begins a romance that produces a child. When Chris returns to America, Kim, dutifully and tragically, awaits his return to rescue her and his son.

A discussion of the impact of Miss Saigon on the casting industry and on the AAPI community. A film documenting the casting of Lea Salonga in the leading role sheds light on the racist and patriarchal process facing the young actors auditioning for the protagonist and a survey of public correspondence from Actors Equity representatives, critics, and artists illustrates the racism present in the casting of white actor, Jonathan Pryce in the role of a Eurasian character. Postcolonial theorists have written extensively about the troubling implications of the show’s commercial success. This chapter seeks to outline the shortcomings in the Asian and Eurasian representation in Miss Saigon while envisioning possible futures for racially-charged stories on the commercial stage.

Jeanmarie Higgins is an associate professor in the Pennsylvania State University School of Theatre. A new works dramaturg, she publishes widely on the intersection of theory and practice. Jeanmarie is the editor of Teaching Critical Performance Theory in Today’s Theatre Classroom, Studio, and Communities (Routledge 2020), and her performance criticism is published in Theatre Journal, PARtake: Journal of Performance as Research and Theatre and the Macabre (University of Wales Press 2021).

Micah Rosegrant- Micah (they/them) is a twink poet who carves queer divinity through breath, word, and movement. They are cousin and learner with all life, glitching their myriad selves to shape change as a spirit guided by relation, a Co-Director at Arts Connect International, and an online avatar @micah_pdf. Previous A.R.T. collaborations include: Creating Equal (Steering Committee); Making Democracy Work with the Harvard Office of Diversity, Inclusion, and Belonging (Co-Creative Ensemble); Dragon Cycle (Assistant Director); and Clairvoyance (Love Nurse).

Sarah Shin (she/her/hers) is a Schwenksville-raised Boston-trained, Brooklyn-based Korean American theatre artist. She co-founded and still runs Asian American Theatre Artists of Boston (AATAB) to empower and connect Asian American student and working artists in Boston, is on the steering committee of API Arts Network, and serves as a Board Member for StageSource and Advisory Board Member for Boston Playwrights’ Theatre. She is a member of National Queer Theatre’s Artistic Collective, an Artistic Associate of Sanguine Theatre Company, and a 2020-2021 Asian American Arts Alliance Artist-in-Virtual-Residence, where she developed her solo work exploring Asian identity and Whiteness in musical theatre. She’s passionate about more diverse representation, community and family, music, and gifting love in all ways possible. BFA Theatre Arts Boston University.

The Story of Miss Saigon by Edward Behr and Mark Steyn, published by Arcade Publishing (1991)

The Heat Is On: The Making of Miss Saigon starring Jonathan Pryce and Lea Salonga, directed by David Wright, Freemantle Home Entertainment (1989)