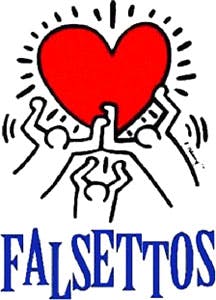 SYNOPSIS: In the early 1980s, Marvin is married to Trina but is having an affair with Whizzer. Deciding to live his life as a gay man, Marvin leaves Trina and begins a rocky relationship with Whizzer, whose life is put in peril when he is diagnosed with AIDS.

Falsettos is the fusion of two William Finn musicals exploring the trajectory of gay male relationships during the AIDS epidemic, Falsettoland and March of the Falsettos. Jack Lechner highlights the reasons that, although Falsettos wasn’t the first musical to tackle same-sex relationships or even the first musical to tackle the AIDS crisis, the show had a lasting emotional affect on audiences and influenced later works dealing with similar subject matter. Finn’s libretto, with James Lapine’s direction, lives in authentic ignorance of impending doom through all of Act I, and the familiar character development alongside witty lyrics set the audience up for a jolt when one of the main characters contracts a mysterious illness in Act II. Despite inherent controversies, producers Barry and Fran Weissler attempted to keep the marketing for the show broad to appeal to a wide range of audiences. Though the musical has blazed a trail which can be traced through later works, this chapter notes the equally significant influence Finn has had as an educator of young musical theatre writers and how he continued to develop his unique voice in musicals A New Brain and The 25th Annual Putnam County Spelling Bee.

Jack Lechner wrote the lyrics for the 2010 off-Broadway musical The Kid. His producing credits in film and TV include The Fog Of War, Blue Valentine, The New Yorker Presents, and the pilot of Mad Men. As an executive at Miramax and Film Four, he was involved in the production and development of dozens of movies, including The Crying Game, Good Will Hunting, and The Full Monty. His book Can’t Take My Eyes Off of You was published in 2000, and his picture book Mary Had A Little Lamp in 2008. Jack Lechner is chair of the graduate film program at the Columbia University School of the Arts.