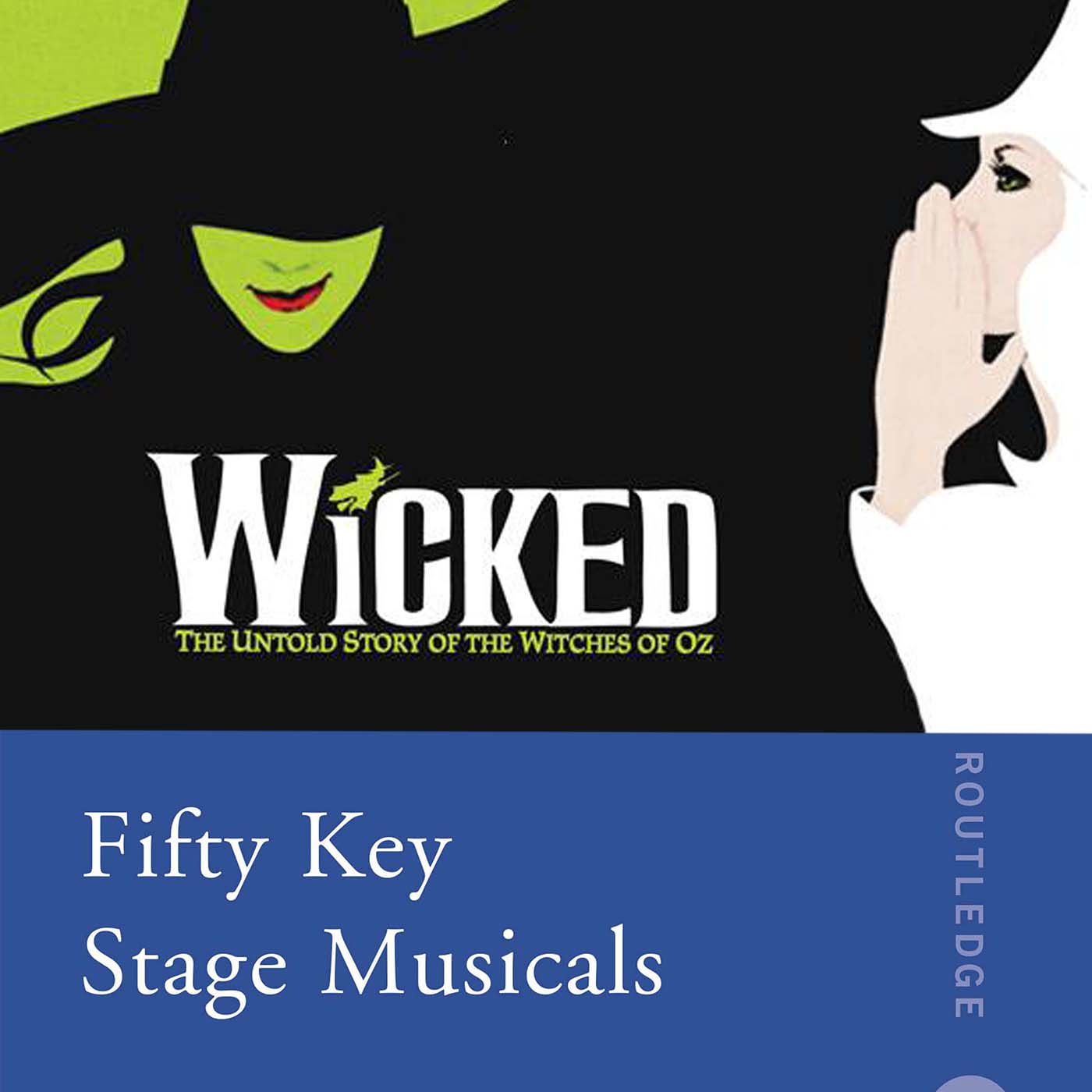 SOURCE: Gregory Maguire’s book Wicked: The Life and Times of The Wicked Witch of The West (1995)

CLOSING DATE: Still running as of this publication

Elphaba is a guarded young lady who is inflicted with green skin. Her roommate Glinda is an outgoing, popular student. Together, they navigate life at Oz’s Shiz University. Their rocky partnership is made even more tumultuous when they discover they are both in love with Fiyero, a fellow classmate.

Though its tryouts and opening were met with mixed reviews, Wicked has maintained international popularity. Beginning with composer and lyricist Stephen Schwartz’s first encounter with Gregory Maguire’s book, Wicked’s path to Broadway included some of the American theatre industry’s most notable talents, including Kristin Chenoweth, Idina Menzel, Joe Mantello, and Wayne Cilento. Lauren Haughton makes the argument that the inclusion of screenwriter Winnie Holzman as the librettist for Wicked allowed the show to examine the relationships of adolescent girls in a uniquely authentic way, positing the musical as a pioneering exploration of feminine friendship. The musical’s employment and subversion of standard musical theatre conventions is outlined through a feminist lens and broad ideologies of mainstream feminist movements are applied to the show’s storyline.

Winnie Holzman is an American dramatist, screenwriter, and poet. She is known for having created the ABC television series My So Called Life which led to a nomination for a scriptwriting Emmy Award in 1995, as well as her work writing for thirtysomething and Once and Again Holzman has garnered fame for her work on Broadway, most notably for co-writing the smash stage musical Wicked.

Lauren Haughton Gillis is currently an Assistant Professor of Musical Theatre at Indiana University. She has served on faculty at Northwestern University and San Diego State University. As a director/choreographer she recently finished a fellowship at the La Jolla Playhouse on their production of Fly. Earlier this season she choreographed She Loves Me at San Diego Musical Theatre, was the associate director on Jesca Prudencio’s PDA at the La Jolla Playhouse Without Walls Festival and directed and choreographed the world premiere of The Magic Hummingbird. As a performer, Lauren appeared on Broadway in Wicked, at the Goodman Theatre in Turn of the Century (with Tommy Tune), at The Old Globe in Sammy (with Leslie Bricusse), and at Maine State Music Theatre in Hans Christian Anderson (with Maury Yeston) Lauren holds an MFA in Musical Theatre from San Diego State University and a BFA in Musical Theatre from Syracuse University.

Wicked: The Grimmerie, a Behind the Scenes Look at the Hit Broadway Musical by David Cote and Joan Marcus, published by Hachette Books (2005)

A Little Bit Wicked: Life, Love, and Faith in Stages by Kristin Chenoweth, published by Touchstone (2010)

How Wicked Made It to the Stage by Jeri Freedman, published by Cavendish Square Publishing (2018)

Defying Gravity: The Creative Career of Stephen Schwartz, from Godspell to Wicked by Carol de Giere, published by Applause (2018)