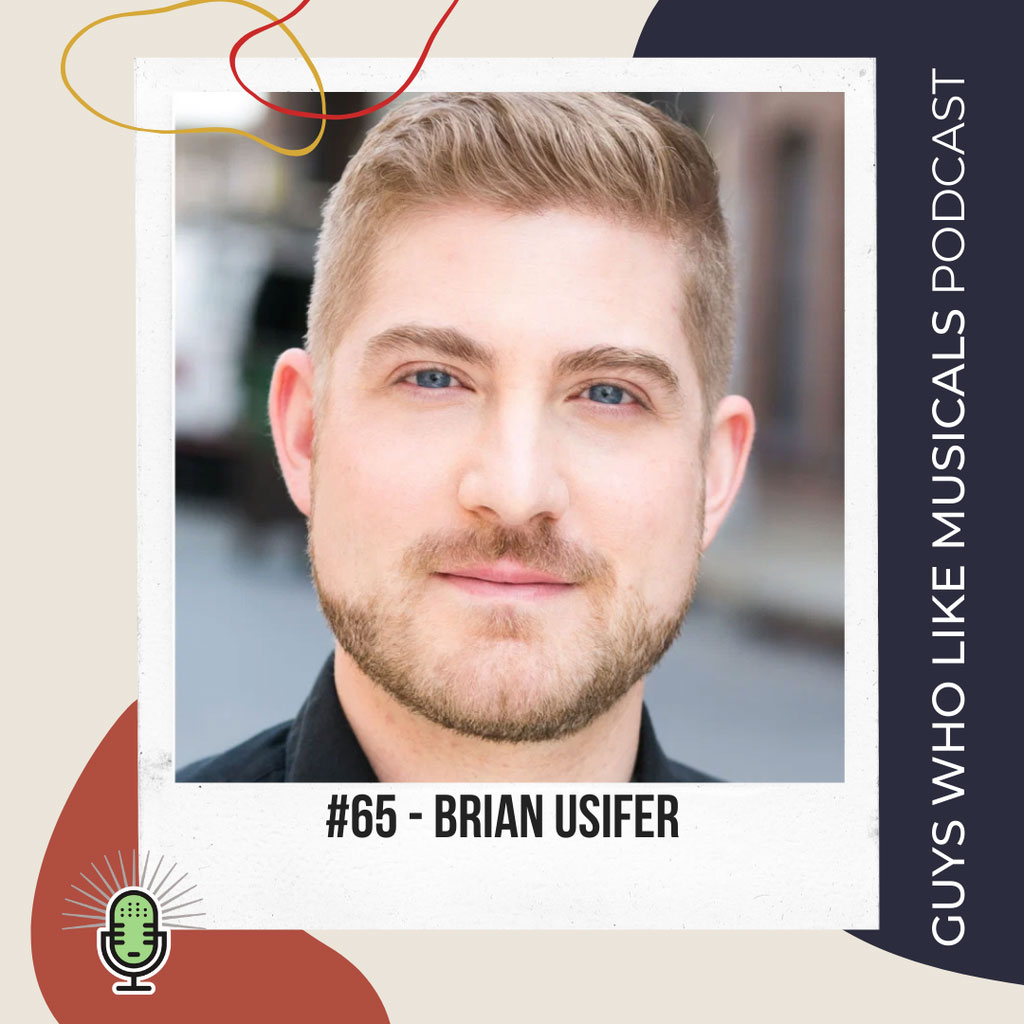 KINKY BOOTS, FROZEN, THE BOOK OF MORMON.. Ever heard of it?!?! If it weren’t for Brian Usifer, Elder Price, Elsa, and Charlie Price wouldn’t know how to sing. Music director, pianist, orchestrator, arranger, producer and composer Brian Usifer was the man behind the batton for Joe in FROZEN and Dan in KINKY BOOTS. This man has had such a huge impact on both of our careers and we are thrilled that he took the time to chat with us. We talk about how your “fight or flight instinct” doesn’t go hand in hand with auditioning, and the respect that Brian has for singers in auditions. From his collaborative piano background to wanting to be a pop star, Brian has done IT ALL. His new band alongside Bway heartthrob Colin Donnell, The Nineteen Twenty just released their debut EP “Chaos and Cocktails” available on all the streaming platforms. Brian loves wine and food as much as he loves music, so obviously we all got along. Look out for new musicals based on the music of Huey Lewis and The Avett Brothers with Brian leading the music team.

Brian’s credits include: Music Director of Disney’s Frozen on Broadway. Prior to that he was the Music Director of Kinky Boots on Broadway, which won 6 Tony Awards including Best Musical and Best Score. The cast recording won the 2013 Grammy Award for Best Musical Theatre Album. He is also the Associate Music Supervisor of The Book of Mormon on Broadway and on tour as well as Kinky Boots on Tour, London and in Toronto. Brian has played in the Broadway and off-Broadway orchestras of Spelling Bee, Avenue Q, Altar Boyz and The Book of Mormon. Credits also include more than 5 years of regional theatre including Follies (Barrington Stage Co.) Concerts include Clay Aiken “Tried and True DVD,” for PBS.

As an arranger/orchestrator, Brian’s projects have included Mr. Chickee’s Funny Money with music by Motown legend Lamont Dozier, NBC’s The Wiz Live, A View From The River by Will Van Dyke and Jeff Talbott, Fantasy Football: the Musical?, by David Ingber, Pool Boy by Niko Tsakalakos and Janet Allard, The UnCivil War by Rick Kunzi, Barnstormer by Douglas Cohen and The First Snow by Niko Tsakalakos. Brian also provided additional arrangements for Kinky Boots and Frozen.

As a composer, Brian’s latest project is a songwriting collaboration with Colin Donnell called The Nineteen Twenty. Their first EP, Chaos + Cocktails, is available for sale on iTunes and everywhere music streams.

He holds a Bachelor of Music in Piano Performance from SUNY Fredonia and a Masters degree in Collaborative Piano from NYU.