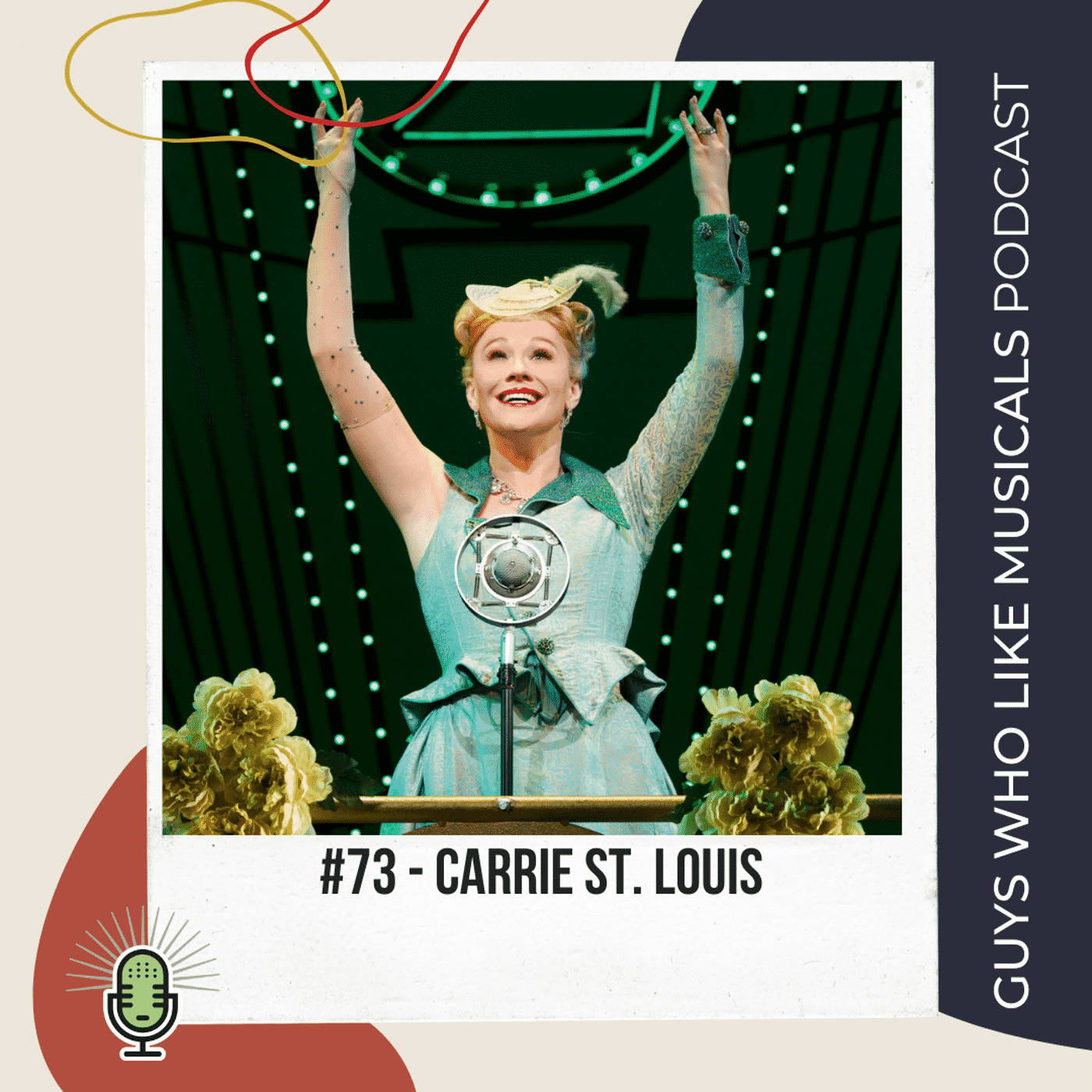 Hey old friend!! Carrie St Louis is a rockstar AND an classically trained soprano. Carris is best known for her portrayal of ‘Glinda’ in the Broadway and national touring company of Wicked, for her portrayal of ‘Sherrie’ in the Broadway and Las Vegas companies of Rock of Ages, and as the closing Lauren in the Tony Award winning Best Musical, Kinky Boots.

Dan and Carrie go WAAAAY back to the Edinburgh Fringe Festival back in their high school theater glory days. They’ve been circling each other for over a decade and then they auditioned together for the Anastasia national tour. Dan pooped his pants before he went into the audition room, but that’s a story for another time.

This was one of our most hilarious interviews. Along with Carrie being an absolute looney tune, she is insightful, introspective, thoughtful, and we loved chatting with her.

After graduating from the Thornton School of Music at USC with a degree in Vocal Arts., she went on to play Amanda Bell in the world premiere of Justin Love at LA’s Celebration Theater, which received an LA Drama Critics Circle Nomination for Best Production. She then moved to Las Vegas to open Rock of Ages at The Venetian Hotel, for which she was awarded Best Performance by a Leading Actress in a Musical by Broadway World Las Vegas.

Carrie made her Broadway debut as Sherrie in Rock of Ages in 2014. Later that year, she went on the road as Glinda in the national tour of Wicked. In 2016, Carrie returned to Broadway, starring as Glinda at the Gershwin Theater, for which she was nominated for a Broadway.com Audience Choice Award for Best Female Replacement in a long running show.

Her sold-out solo cabaret show in LA, Here I Go Again, received a Broadway World nomination for Best Female Cabaret in 2012. Her second solo show, Something Good, played to sold out crowds at New York’s iconic Feinstein’s/54 Below as well as cabaret clubs across the United States. Her third solo show, Always In The Ballpark, Usually In The Wrong Seat, is currently playing at 54 Below.

In 2016, Carrie had the honor of performing “For Good” with her Wicked co-star, Jennifer DiNoia, for First Lady Michelle Obama at a United Nations event in New York City. She’s guested in concert with the band Foreigner, and she’s sung the National Anthem for the LA Dodgers, LA Lakers, Chicago Cubs, New York Mets, New York Islanders and the PAC-12 Tournament.

In 2017, she starred Off-Broadway as Annette Hargrove in Cruel Intentions: The Musical, based on the cult-classic film, which received an Outer Critics Circle nomination for Best Off-Broadway Musical.

In the Spring of 2018, Carrie joined the company of the 2013 Tony winner for Best Musical, Kinky Boots, as Lauren. She was the final Lauren when the show closed in 2019 after six incredible years on Broadway.

Carrie has appeared in multiple television shows. She played Becca Mainzer on Elementary (CBS), working alongside Lucy Liu, Jonny Lee Miller, and Jon Michael Hall. She also appeared as Alice on the hit TV show Younger (TVLand) opposite Sutton Foster. This summer, she can be seen on Blindspot (NBC).

Carrie just wrapped an indie film titled The Blonde Experiment, which should be released in the coming year.

Carrie was set to begin rehearsals for a brand new Off-Broadway show directed by Jeff Calhoun and written by famous author, Jodi Piccoult, called Between The Lines. Set to open at Second Stage Theater this summer, it is currently postponed to Spring 2021 due to Covid-19.

Carrie is also a vocal coach who travels often for masterclasses while also maintaining a private studio.